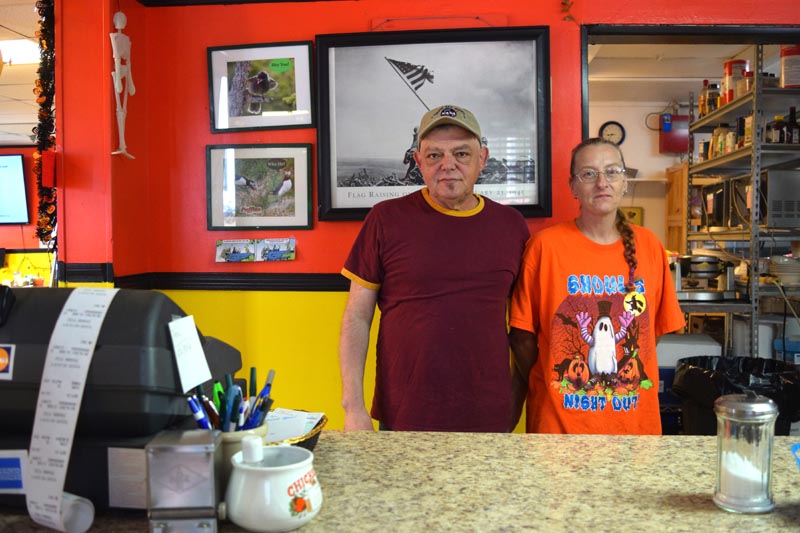 Lenny Santos and Tarah Diffin officially reopened the Hot Spot Diner at its new location at 542 Gardiner Road in Dresden after a decade and a half of food service in Wiscasset. (Nate Poole photo)

The Hot Spot Diner officially opened at its new location at 542 Gardiner Road in Dresden.

Co-owned and operated by Lenny Santos and Tarah Diffin, the diner was first opened on Route 1 in Wiscasset in 2005 by Tina Fitzsimmons, who passed away in January, and Santos. It was known as Ship’s Chow Hall until 2020.

Midcoast Properties purchased the Wiscasset site in 2020 and Santos and Diffin continued to operate for the following year under the now name, Hot Spot Diner.  However, the property owner declined to renew the diner’s lease this year, prompting the unexpected but successful move to Dresden.

Walking into the Hot Spot mid-morning on Sept. 16, it is clear that the owners’ personalities are an indelible part of the customers’ experience. A colorful menagerie of historical military memorabilia, cartoons, and Halloween decorations patterns the orange and yellow walls. Both Santos and Diffin chat with customers at the bar from the kitchen. 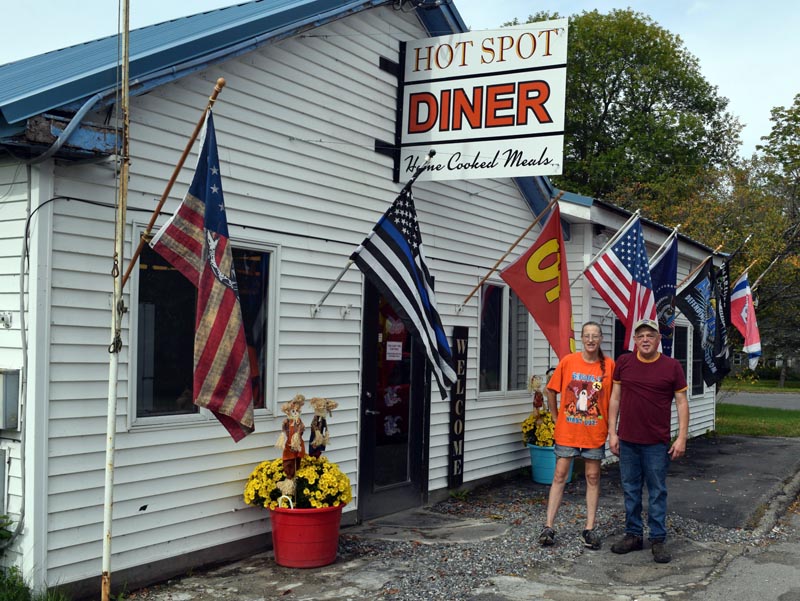 Lenny Santos and Tarah Diffin reopened the Hot Spot Diner on Sept. 1, welcoming back longtime patrons from across Lincoln County. In a past life, the space served as Santos previous diner, Ship’s Chow Hall II until 2017. (Nate Poole photo)

Santos said the decorations, including the variety of patriotic flags hung on the outside of the establishment, are something that long-time customers will recognize.

“That’s our staple; everybody sees the flags and they know it’s us,” he said.

The diner officially opened Sept. 1 after dedicating the entire summer to renovating the space. Santos said they were wall-to-wall with customers on their opening day, a welcome sight after missing out on a potentially lucrative season.

“A lot of our Wiscasset people have come. I love it, I think it’s great. People from Boothbay, Edgecomb, Bath, everywhere,” Diffin said. 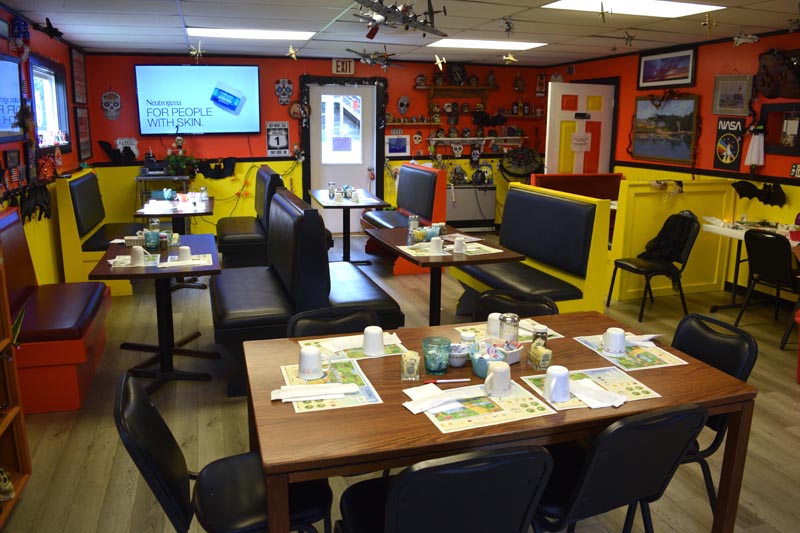 Hot Spot Diner owners Lenny Santos and Tarah Diffin completely renovated the interior of their new location at 542 Gardiner Road in Dresden over the summer season, but dedicated customers will recognize the knick-knacks from the previous space decorating the walls. (Nate Poole photo)

Santos said that one of their Wiscasset customers helped them with their extensive renovations. After five years without significant maintenance, the building needed new pipes, flooring, and countless other updates.

“He’s been helping us left and right, and if it wasn’t for him we wouldn’t be here,” Santos said.

The space also features a classic diner bar with a direct view into the kitchen, something that the previous space in Wiscasset did not have. Both Diffin and Santos agreed that after all of the renovations, their new restaurant’s interior was even nicer than the old one.

The duo still has more work to do with the exterior, including installing a canopy and sidewalk repairs, but it hasn’t stifled the diner’s flow of dedicated patrons.

“People helped us big time, people love us,” he said. 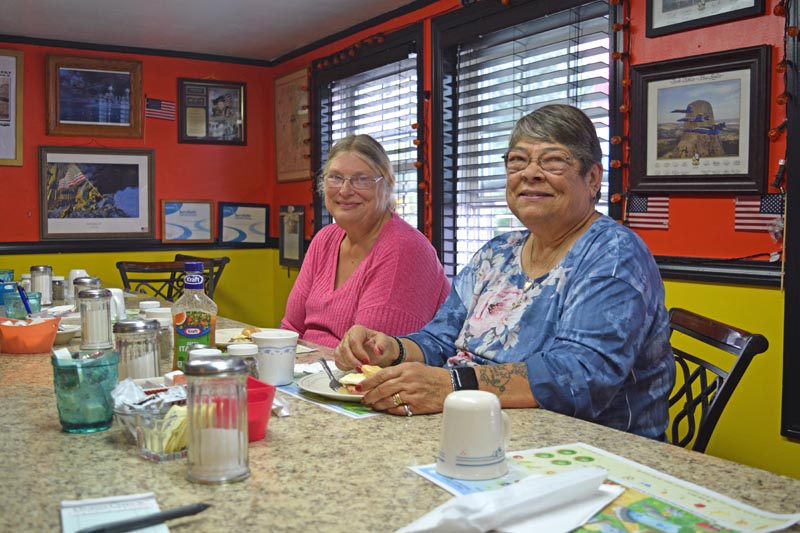 Theresa Williams (left) and Rose Dershaw are long-time customers and eat at the Hot Spot Diner together every Thursday. For breakfast they recommend the hash and bacon. (Nate Poole photo)

Two regulars, Rose Dershaw and Theresa Williams, from Alna and Brunswick respectively, dine at the Hot Spot together every Thursday.

“If it was closer we’d come every day,” Dershaw said.

The friends said they enjoy everything on the menu, but both often order the diner’s corned beef hash with bacon.

The restaurant features a robust menu of home-style diner trappings, like flapjacks, omelets, bacon, sandwiches, and eggs every which way. Beyond the menu, Santos and Diffin also come up with a variety of new specials every week.

Santos, a dinner chef by training who studied culinary arts at Bunker Hill Community College, said he will consider opening up the restaurant for dinner up to three days a week in the future.

For more information and updates, find The Hot Spot Diner on Facebook.