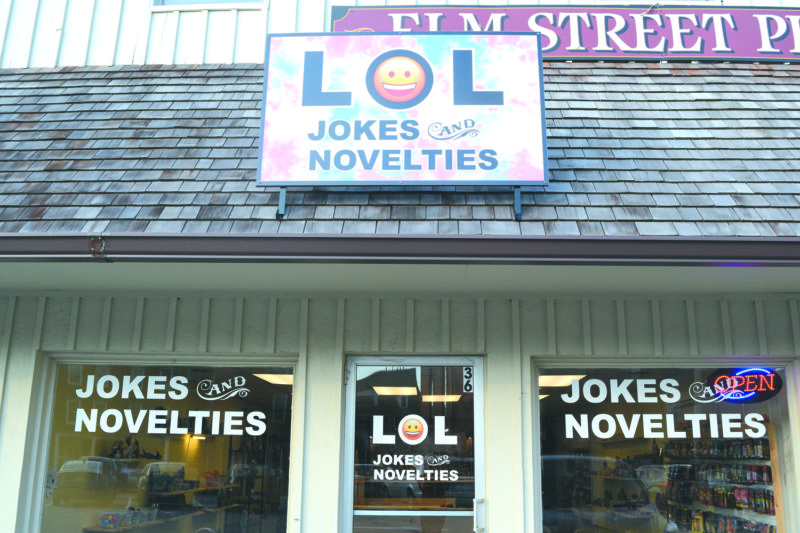 Although LOL Novelties and Jokes is new to its location, owner Geoff Groleau is a veteran toy salesman. Groleau is going on his 11th year of owning a store oriented toward children, with a previous shop selling toys, books, and gifts named The Old Salt in downtown Wiscasset, and a shop named Papa Geppetto’s in Bath, which was devoted to toys and hobbies. Both stores are now closed.

Groleau said he is “switching gears” by selling less gift items and more “grab-and-go items” than in his previous shops — perfect for kids that want to scare their parents and siblings.

After his soft opening Saturday, Oct. 6, Groleau said more jokes and novelties will fill the store. The shop does not yet have even 50 percent of what will eventually be in stock, he said. Groleau hopes to offer about 500 novelty jokes, 50-100 different magic tricks, and 100 kinds of stuffed animals. Soon the store will have a mining station for rocks and minerals.

Classic gags hang from the walls, like whoopee cushions and hand buzzers, and fun novelties like “mad scientist slime,” which is made in neon colors, and “galaxy slime,” which is a mixture of blue, purple, and white to look like the galaxy.

In this prankster’s paradise, other novelties are less common. 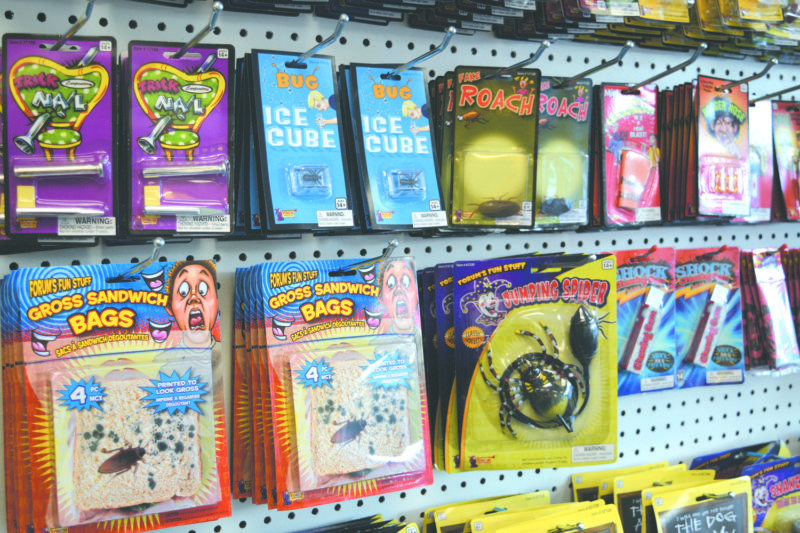 Various types of flatulence sound machines are hanging on the walls, such as a keychain resembling a finger that must be pulled to hear the embarrassing sound. Another gag is a pile of dog feces with homework mixed in – a play on a student’s poorly fabricated excuse that “the dog ate my homework.”

It’s “one of those stores where everyone can get something,” Groleau said.

Most people will spend about $1-3 during a single visit. The shop is stuffed with items under $5, and a few above that price range.

“Just to see a kid’s smile when they can buy something for a nickel is awesome,” said Groleau.

Groleau said that when he grew up, joke shops were more popular; now there are fewer stores dedicated to the trade. “A lot of people that are younger, that are K-12, have probably never seen a big joke shop before,” he said. “When I grew up in the ’70s and ’80s, there were joke shops.”

The store’s tie-dye sign, easily viewable from afar, was designed by his 9-year-old daughter, Alanna Groleau.

For people who want something other than a gag gift, they can also get sugar-packed candy, such as Pop Rocks, Pixy Stix, Pez, Nerds Rope, and more. Some of the candies in the store are novelties themselves, such as the gummy tape, which has gummy bugs inside.

However, what might draw people in the most are the face-sized, rainbow-print lollipops lining a handmade wooden booth and table for his cash register at the store.

During Early Bird, on Saturday, Nov. 3, LOL Novelties and Jokes will “do more of a lazy bird,” Groleau said. All merchandise will be 10 or 20 percent off. The store will be open from 6-9 a.m. for the sale. 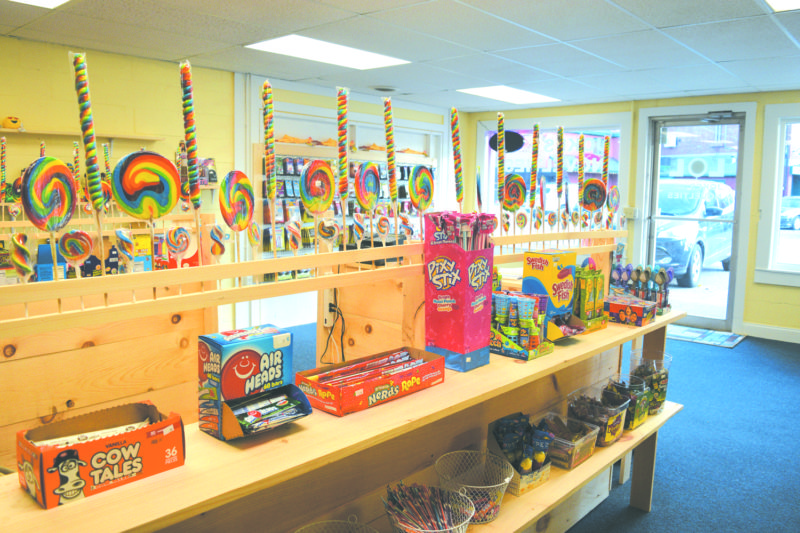