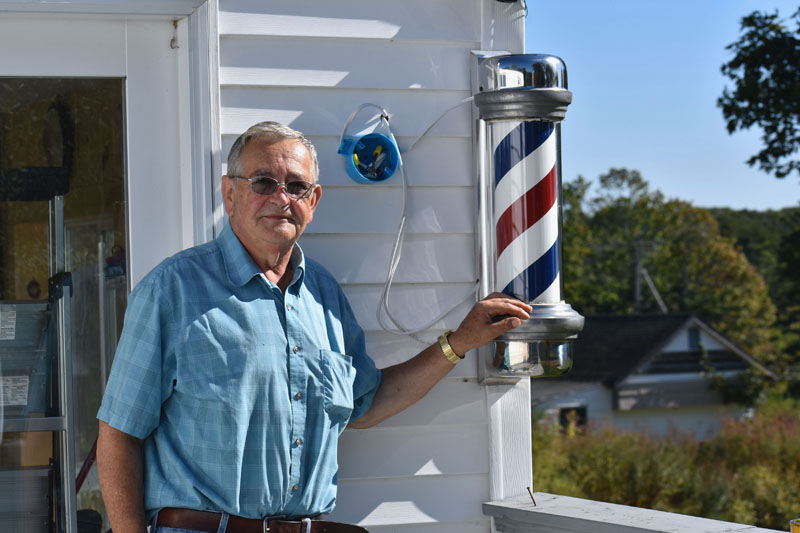 Bruce Soule at the location of his new barbershop, at 617 Bremen Road in Waldoboro. The barbershop will open Friday, Sept. 21. (Alexander Violo photo)

A local barber with 50 years of experience – most in his downtown Damariscotta barbershop – will open a new shop at his Waldoboro home Friday, Sept. 21.

Bruce Soule’s new barbershop at 617 Bremen Road will be open from 7:30 a.m. to 4 p.m. Friday. “To begin with it will just be on Fridays. We’ll see how it goes and maybe go to Thursdays too,” Soule said.

Soule, a barber since 1968, said he decided to open a barbershop at his home so he could be close to his wife and take care of her at home. He said working at home will also cut down on his commute.

“I won’t be able to make an excuse during a snowstorm,” he said.

Soule initially worked as a barber in Waldoboro before going into business in Damariscotta.

He spent the summer preparing his home to accommodate a barbershop. The shop is at the front of his house, overlooking Route 32 and the Medomak River. 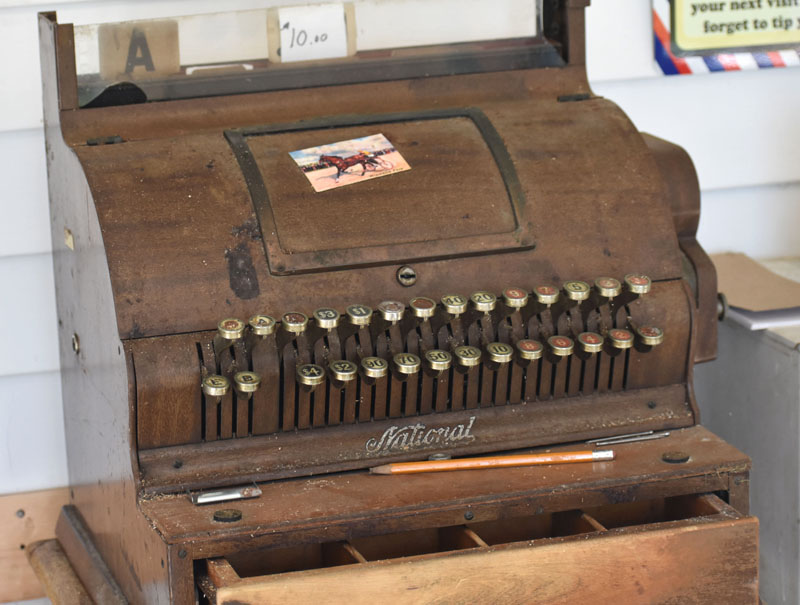 He added a deck onto the building. “I’ve done all the work myself, been working on it off and on throughout the summer,” Soule said.

George Sodergren, of Jefferson, donated lumber for the barbershop’s interior and for an exterior ramp.

Sodergren is also working on a live-edge maple counter for the shop. “It’s a nice rustic piece that will look great in here,” Soule said.

Soule brought the old cash register from the barbershop he operated for 36 years in a small building on the Damariscotta waterfront.

Last spring, the town of Damariscotta bought the building from Soule’s landlord. The town has since demolished the building to make room for new public restrooms.

Soule and his business partner and nephew, Mike Flagg, opened in a new location at 752 Main St., near the junction of Route 1, in May. Flagg will continue to operate that shop.

Soule said his favorite part about being a barber is meeting people and seeing them and their families grow through the years.

“I just love meeting new people and especially little kids. They’re hard to do, but you get to see them grow up and sometimes get to see their kids,” he said.