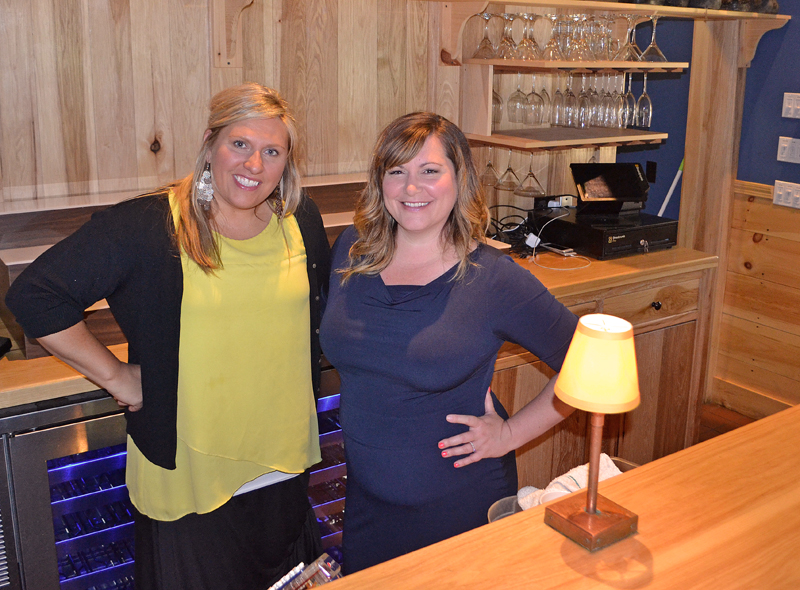 Taylor Corson and Cerina Leeman behind the bar of The Harbor Room in New Harbor on Monday, June 19. The longtime friends plan to reopen the restaurant in mid-July. (Maia Zewert photo)

Longtime friends Cerina Leeman and Taylor Corson said they always knew they would go into business together someday. Now, as the new owners of The Harbor Room in New Harbor, they have fulfilled that goal. They plan to reopen the restaurant in mid-July.

The property was formerly home to the Samoset Restaurant. The 44-year-old building was demolished in February 2014 to make way for the new restaurant. Cervera also had a smokehouse and bandstand built.

Both Leeman and Corson have ties to the Samoset Restaurant and plan to honor its legacy at The Harbor Room. Corson visited the restaurant with her grandparents growing up, while Leeman married into the history of the Samoset. Her father-in-law, Paul Leeman Jr., and his father, Paul Leeman Sr., ran the restaurant for many years.

“We know the history and the legacy of this place, and we really want to honor it, as well as the community,” Cerina Leeman said.

While the actual purchase of The Harbor Room sort of “came together on a whim,” Leeman said, both she and Corson have backgrounds in the hospitality industry. Leeman managed the former Anchor Inn, now The Anchor, in Round Pond, and Corson worked as the beverage manager for Westin Hotels & Resorts in Portland.

Their experience, combined with “overwhelming community support,” helped with their decision to buy the business, Leeman said. 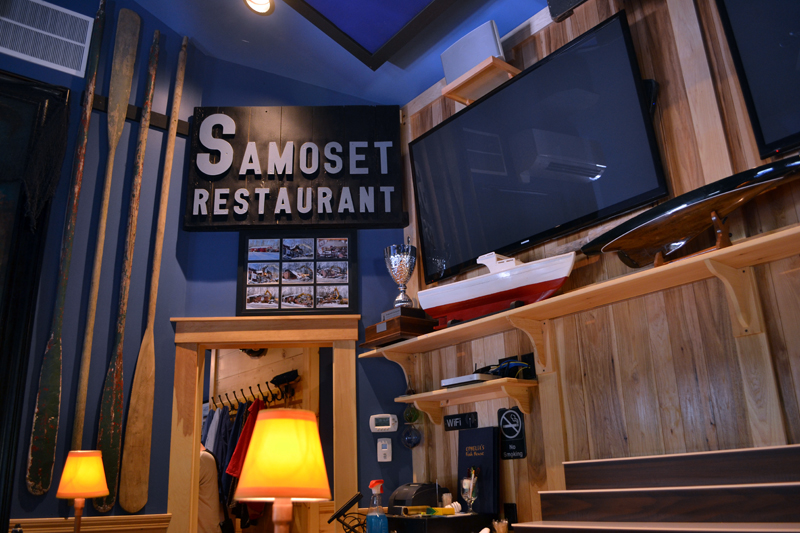 The Harbor Room honors the former Samoset Restaurant with a sign over the bar. The restaurant will reopen under new ownership in July. (Maia Zewert photo)

“Because there’s so much support from the community and the friends and family, we’re very confident about this,” Leeman said.

The duo changed the layout of the kitchen to increase efficiency and meet the needs of the culinary team they have assembled, Corson said.

Prime rib will be a weekly special, a “throwback to the Samo days,” Leeman said. Other specials will rotate nightly.

The drinks menu, created by Corson, features handmade craft cocktails with names like Schooner South, Blueberries for Sal, and Take the Next Boat. All cocktails will be made using fresh-squeezed juices, Corson said.

One of the biggest changes in process at the restaurant is the addition of a 2,000-square-foot deck and stage. The deck adds more than 50 seats, bringing the restaurant’s total to 125. Corson and Leeman plan to add a fire pit in the future.

Cervera, who had the deck built, has been a generous landlord, and Leeman and Corson both said they have enjoyed working with him.

“He’s listened to our ideas, and he really wants us to succeed,” Leeman said. 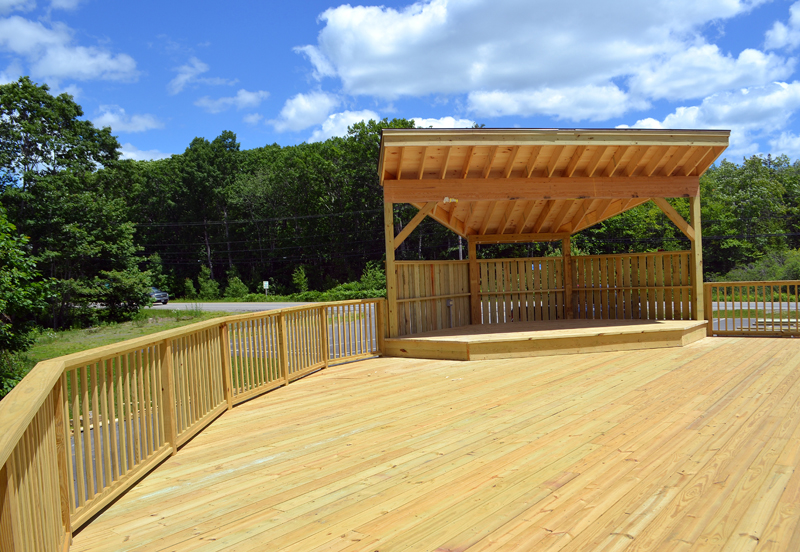 Counting Corson and Leeman, the Harbor Room will employ 25 people this summer, the owners said. They see the employees not as staff, but as a crew or team.

“Education and communication is key for this business, and we want to instill the same passion we have in the crew we have here,” Corson said.

The Harbor Room will also have a renewed focus on the community and becoming an “economic force” for the area, Leeman said. Corson and Leeman will keep the restaurant open until 10:30 p.m. in the summer, have brunches on weekend mornings, and host live entertainment.

In the future, the new owners have plans for various promotions to benefit local nonprofits.

Pending the approval of state licenses, Leeman and Corson hope to open The Harbor Room by mid-July.

“We really want to open as badly as everyone else wants us to,” Leeman said. “We have a great team, and it’s going to be a lot of fun.”