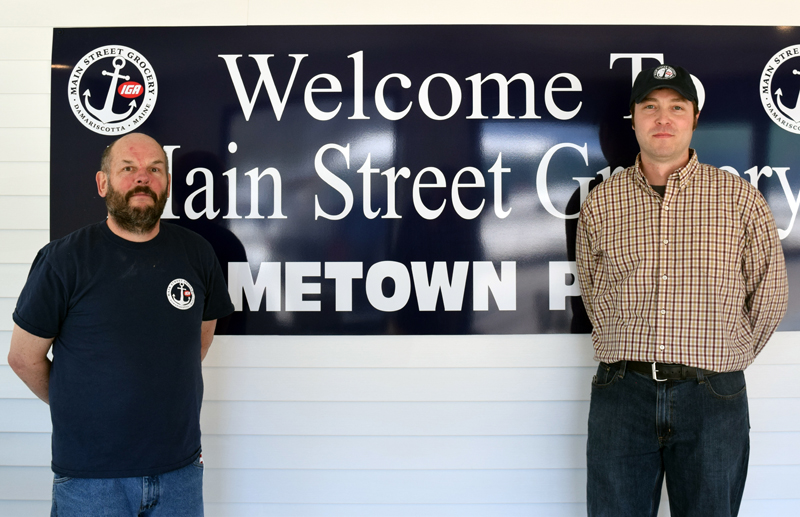 Rick Gaeth, of Wiscasset, is the new grocery manager.

Gaeth is an engineer by trade and has a background as a department supervisor and in wastewater and water management.

At Main Street Grocery, he will place orders, oversee stocking, and be responsible for cleanliness and merchandising.

Customers can ask Gaeth if they have any issues or special requests, co-owner Gary Gravel said.

“My biggest focus is to be here for the customer,” Gaeth said.

Rob Kapuscinski, of Bremen, is the new meat manager. He brings 19 years of experience in the grocery business, including 10 years in the meat department at Hannaford Supermarket.

Gary Gravel said the meat department at Yellowfront Grocery always had a good reputation, and the Gravels and Kapuscinski will work to uphold that reputation at Main Street Grocery.

“We’re going to maintain it and improve it,” Gary Gravel said.

The store plans to expand the selection in the meat department and offer more marinated meats.

Gaeth and Kapuscinski replace Don and Steven Pierce, respectively, two of the three brothers who sold Yellowfront Grocery to Gary and Jane Gravel in late January.

The third brother, Jeff Pierce, remains at the store as the produce manager.

“We want to wish Donnie and Steve the best,” Gary Gravel said. “They did a good job for us through this transition.”

The Gravels encourage customers to introduce themselves to Gaeth and Kapuscinski.