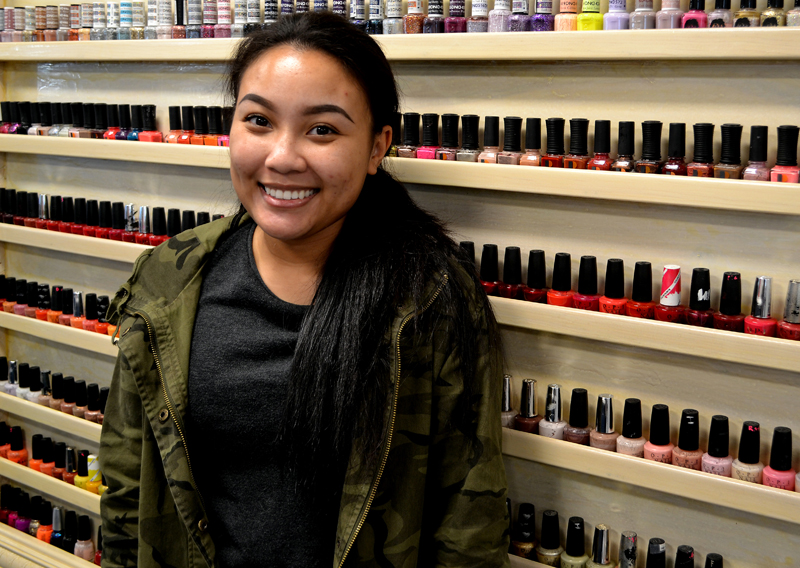 Mainely Nails, a popular nail salon that opened in Newcastle almost four years ago, recently completed a move across the bridge into a larger space on upper Main Street in Damariscotta.

The move allows for the thriving business to continue to grow, according to Mainely Nails owner Mary Huynh. Mary Huynh, of Portland, opened the business with her mother, Ivy Huynh, at 77 Main St. in Newcastle in January 2014.

“My mother came up from Portland and realized there wasn’t a nail salon nearby,” Mary Huynh said. “The nearest one, I think, was in Brunswick then, and that was a drive.”

The nail salon is thriving, Huynh said. Her mother recently opened a new location of Mainely Nails in Rockland due to the demand.

“It was really time for us to grow,” Huynh said. “Over the years there have been more customers, and we needed a bigger location to accommodate more people.”

Earlier this year, a customer, Gail Ellinwood, mentioned to Huynh that she had rental space available and asked if Huynh would be interested in moving the business. Huynh committed to moving in early August.

Ellinwood and her husband, Laroy Ellinwood, own Tri-Bay Laundry at 523 Main St. in Damariscotta. About two years ago, they built an addition onto the laundromat.

After Huynh said she wanted to move Mainely Nails into the space, the Ellinwoods renovated the addition to prepare for the salon’s arrival. 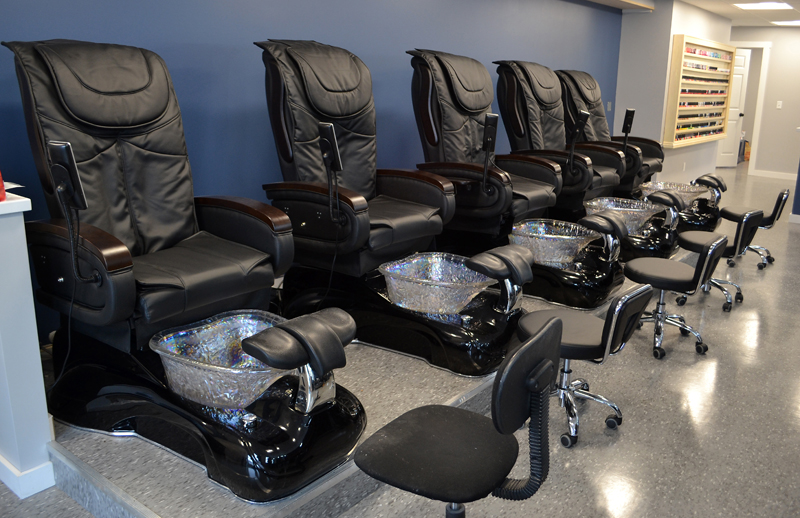 New pedicure chairs line the wall at Mainely Nails in Damariscotta. The move into a larger space allowed the salon to add more chairs, according to owner Mary Huynh. (Maia Zewert photo)

“Gail helped so much with the layout and everything that needed to be done,” Huynh said. “She kept me updated through text so I could stay focused on the business, and I’m so thankful for her and her husband working with us.”

The October windstorm caused a minor setback during the eight-week renovation and delayed the opening of the new location, but the business’s clients were understanding about the situation, Huynh said.

Mainely Nails opened at its new location Nov. 4. The reaction has been “very positive” so far, Huynh said.

“Most everyone has said how bright it is and how much bigger it is,” Huynh said. “We’re very happy with it.” 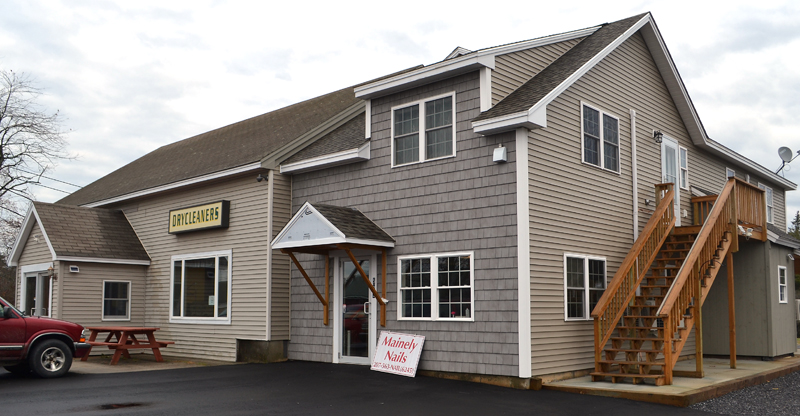 The new home of Mainely Nails at 523 Main St. in Damariscotta. The business is behind the Overlook Building, which houses Consigning Women and Subway. (Maia Zewert photo)

With the relocation, the business now has five pedicure stations and seven manicure stations. Huynh said she hopes to host more birthday parties and wedding parties in the space.

With the move complete, Huynh said it might be a while before the business decides to expand again.

“I think we’re set for now,” Huynh said. “We’re happy here, because everyone comes to Damariscotta. Even when we’re in Portland, we hear people talk about how much they love Damariscotta!”