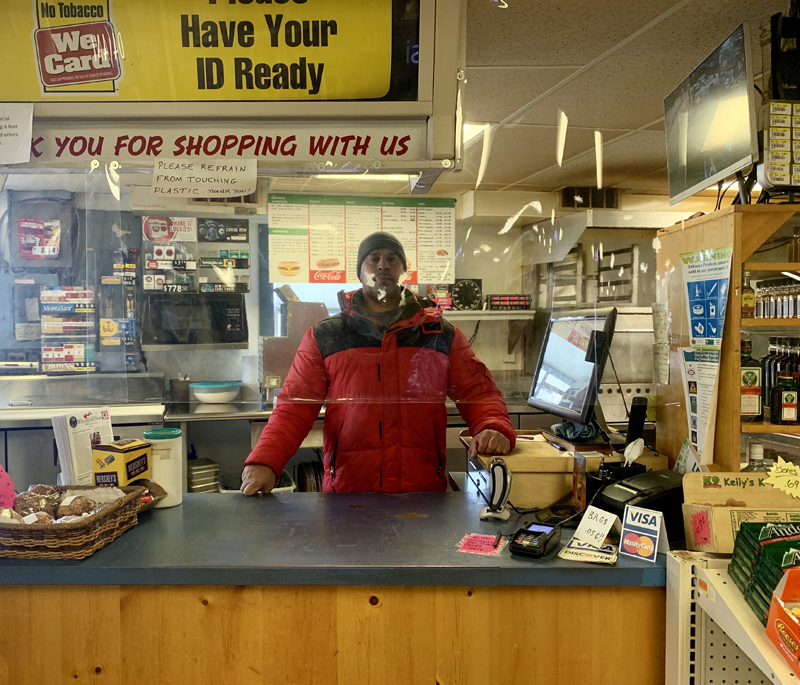 Yasser Alsudany, who purchased the Whitefield Superette on Jan. 27, stands at the cash register behind a sheet of plastic still hanging as a COVID-19 precaution. (Anna M. Drzewiecki photo)

At the corner convenience store in North Whitefield, not a candy bar was out of place. Saturday morning drew the usual crowd. The door swung open, thudded shut. Outside, snow melted. A few people idled in the parking lot, a few others filled their tanks with gas. The neighbor’s sheep bleated, a lamb among them, which seemed to be fascinated by the salt-coated trucks, exhaust, the propane tank. The red light-up sign shined “Open.”

By all accounts, nothing had changed at the North Whitefield Superette. Except there was a new face behind the counter: Yasser Alsudany. And not just a new face, but a new owner. 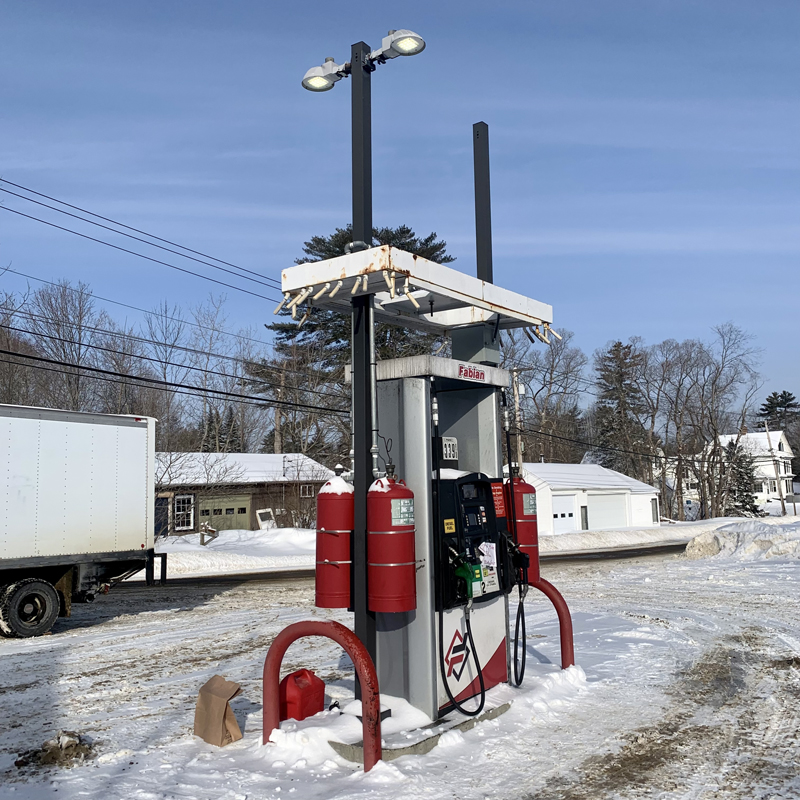 A customer pays for gas inside, leaving their can and bags on the snow beside the pump. (Anna M. Drzewiecki photo)

“So far so good,” he said, his voice relaxed. “It’s busy. And the people here are friendly, they’re helpful.”

The same could be said of the new owner himself; speaking in a clear voice, punctuated by an easygoing smile, Alsudany chatted with regulars, many of them strangers. Though not for long.

Alsudany introduced himself, over and over, not frustrated or intimidated by the task. 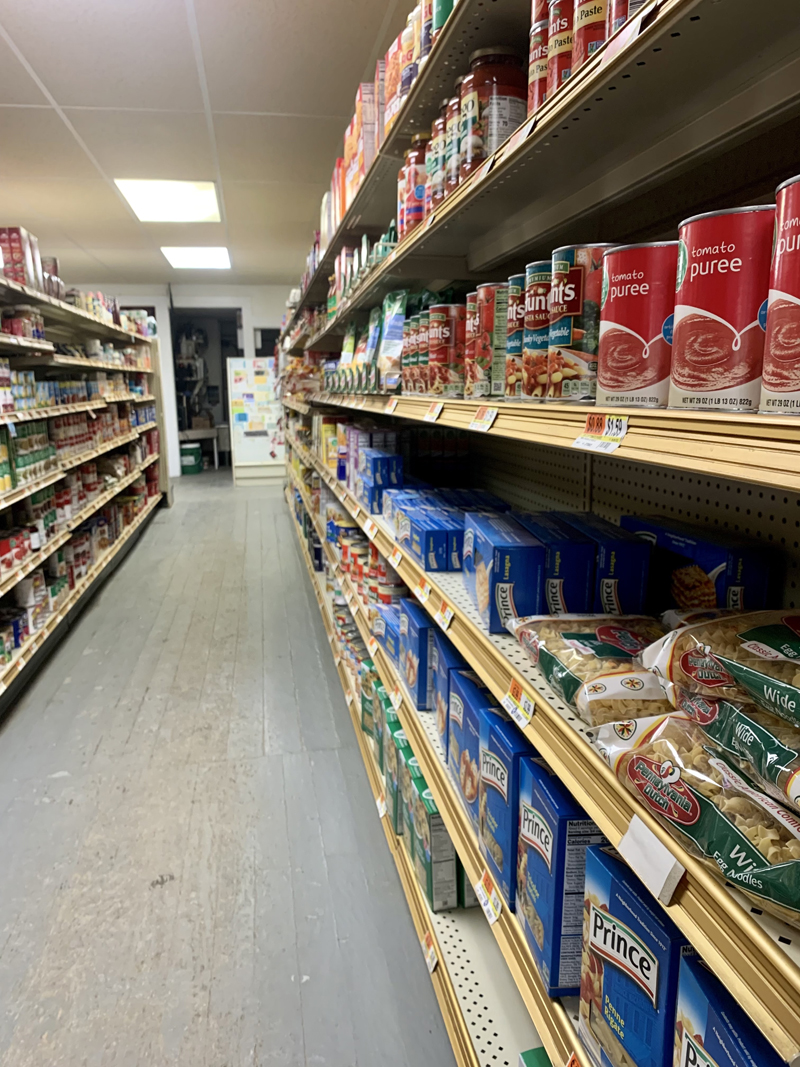 A woman in a Carhartt jacket approached the counter. She was looking for milk. Alsudany was out, delivery delayed due to weather.

Then, pointing to the refrigerators that line the wall, she said: “How come you don’t have your lights on?” She used to work at the store, she explained, as she walked over to flick the switch. The lights hummed on.

Alsudany did not take offense. In fact, he thanked her, and offered her her job back. The two made a plan to check back in later in the week.

Yasser kept on five employees, and is hoping to hire one or two more. For now, besides installing a propane tank and maybe expanding the soda selection, Alsudany has no big changes in mind.

Alsudany started in the gas station industry as an employee.

“I always work hard when I’m working for other people, so I decided to work hard for myself,” he said, recalling the first business of his own he opened 12 years ago in Biddeford. Since then, Alsudany has owned six convenience stores across the state.

He has also lived across the state – from Portland to Limington to Belmont and in between – and developed a deep love for Maine since first coming here nearly 30 years ago. In Limington, Alsudany kept sheep, horses, goats, alpacas. He didn’t profit from them. He just enjoyed their company.

Alsudany now commutes from his home in Belmont, where the other store occupies what remains of his time.

If you’re looking for the store online, you will still find it listed under North Whitefield Superette. Catch your final superette glimpses – new signs are already on order.

As Alsudany spoke about business so far, another customer approached the counter. The customer was Leon Oliver, owner of Sheepscot Links Golf Course. He had just returned from a short vacation to Florida.

Oliver was playfully surprised by the new owner; he didn’t know the store had sold. The two talked about the area and the store as Alsudany split Oliver’s change.

“Welcome to Whitefield!” said Oliver, as he turned towards the door with a wave.