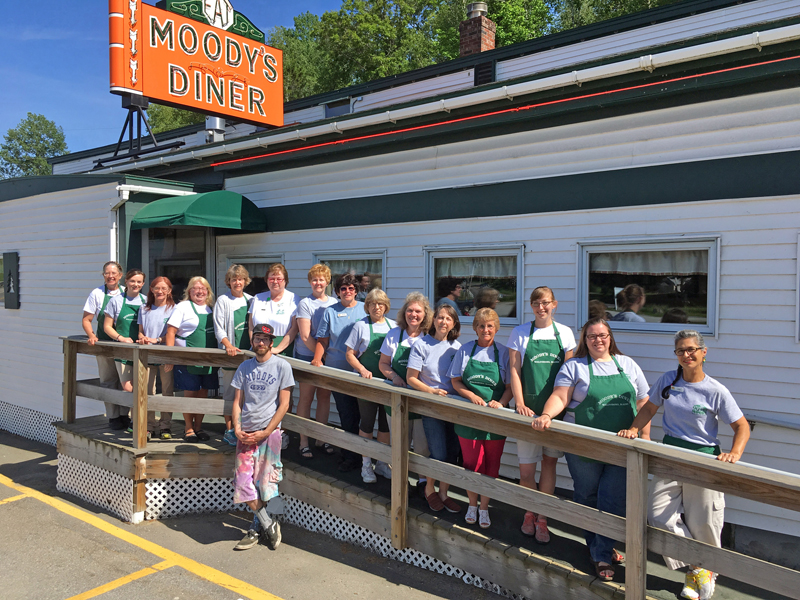 The diner marked the occasion with 90-cent desserts and drinks, as well as giveaways of apparel, mugs, and $90 Moody’s gift cards.

Percy and Bertha Moody established their namesake business in 1927.

“It all began as a motel on top of the hill,” Moody’s co-owner and General Manager Dan Beck said. “Everything started from there.”

Beck is a grandson of the founders. He said his grandparents opened a tearoom in 1928 and a lunch cart in 1929 to serve hot dogs and ice cream to travelers along the Maine coast via the former location of Route 1, up the hill and to the east of the roadway’s current location.

“The lunch cart really was the genesis of the diner,” Beck said.

Beck said that in 1934, when the current Route 1 opened, the lunch cart was moved closer to the new highway and expanded several times to become the diner at the junction of Route 1 and Route 220.

Beck said the establishment’s lasting success can be traced back to his grandparents. 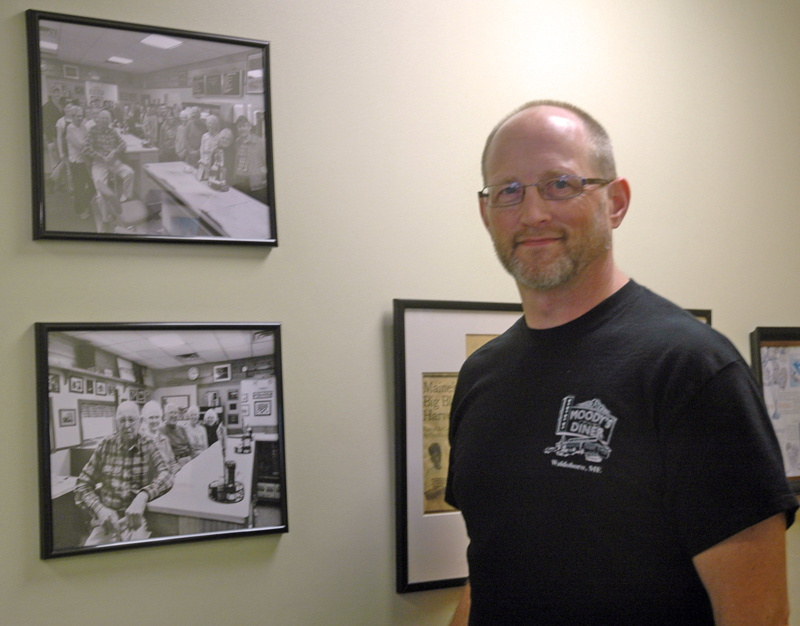 Moody’s Diner co-owner Dan Beck, a grandson of founders Percy and Bertha Moody, stands next to photographs of the family. (Alexander Violo photo)

Beck described his grandfather, Percy Moody, as a perpetual entrepreneur. He harvested Christmas trees in the winter and started a campground on Damariscotta Lake in Nobleboro, in addition to the Waldoboro businesses. Beck’s grandmother, Bertha Moody, was the backbone of it all, managing the staff and baking the restaurant’s desserts.

Beck said the diner celebrated its anniversary in late June for reasons having to do with the weather and the upcoming seasonal spike in business.

“We wanted to do it before the summer, but when the weather was better,” he said. “School’s out and we wanted to say thank you to our regulars before we get crazy busy, and it seemed the appropriate time of year to do it.”

Beck said he has seen a noticeable uptick in dessert orders during the 90-cent promotion, as well as customers overall. 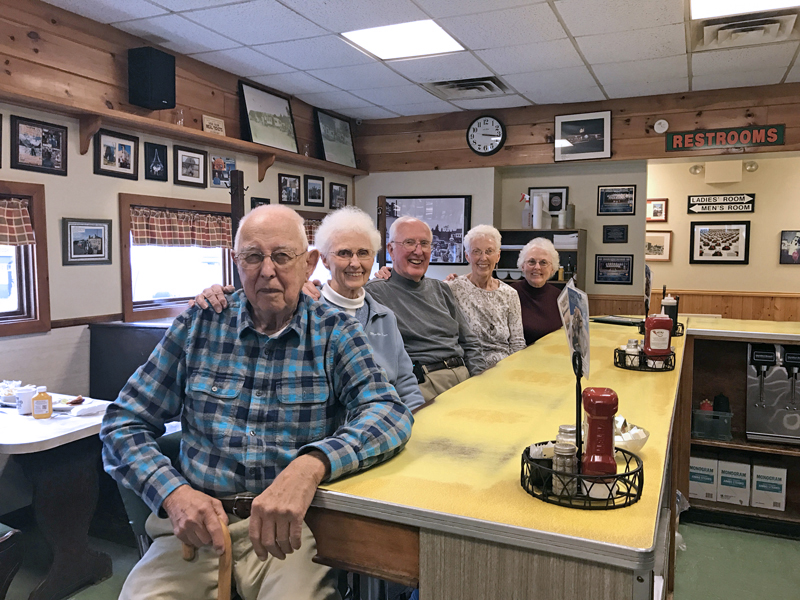 Beck said the anniversary celebration attracted attention on Facebook, with one customer traveling from Portland to enjoy four pieces of homemade pie.

He said the restaurant’s bakers have been working hard. Through three days, the diner had sold 1,400 pieces of pie and expected to sell 500-600 more before the celebration’s conclusion.

Moving forward, Beck said the diner will work to remain a family establishment in the heart of the Waldoboro community.

“Hopefully we can make it to the century mark. That would be the next big one,” Beck said.

Beck said the diner employs around 75 people in the summer and 58-60 during the winter months.

Beck said some things have changed during his 15 years at Moody’s. The business has built new bathrooms and expanded its pastry kitchen, prep area, and dishwashing area, but by and large, the diner has retained its original characteristics.

“One of the charms of Moody’s is, in the midst of a rapidly changing world, it tries to remain the same,” Beck said. “The same countertop, same straight-back chairs, and depending on the server, you get some with charm and some with sass. A handful have been here over 40 years.” 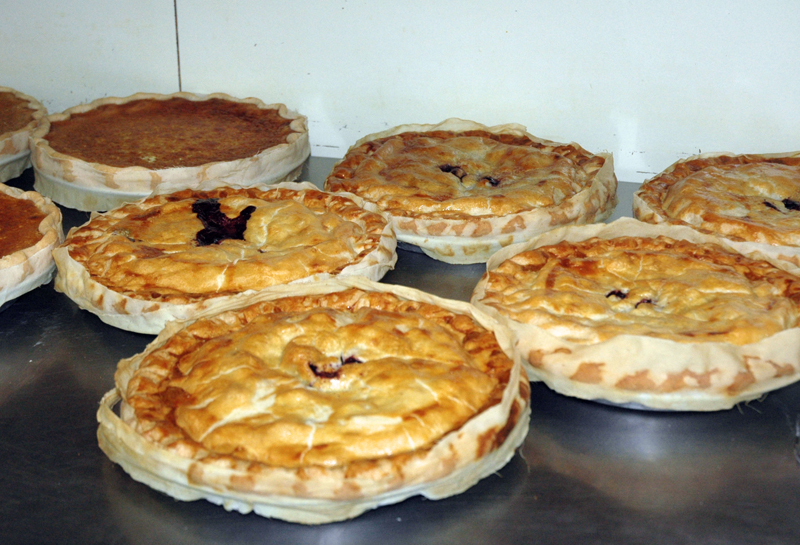 Freshly baked pies at Moody’s Diner in Waldoboro. As part of the diner’s 90th anniversary celebration, desserts and beverages were on sale for 90 cents apiece. (Alexander Violo photo)

“Keeping the neon sign on is not cheap, but it’s part of Moody’s history,” Beck said.

Beck said one notable change is that the diner now ships whoopie pies throughout the nation.

Beck said a rewarding aspect of working at the diner is seeing generations of customers return.

“People are coming back here, not just with their kids and grandkids, but with their great-grandkids,” Beck said.

In addition to the anniversary celebration, Beck said the diner holds a founders week in February, the month of his grandfather’s birthday, to thank local customers.