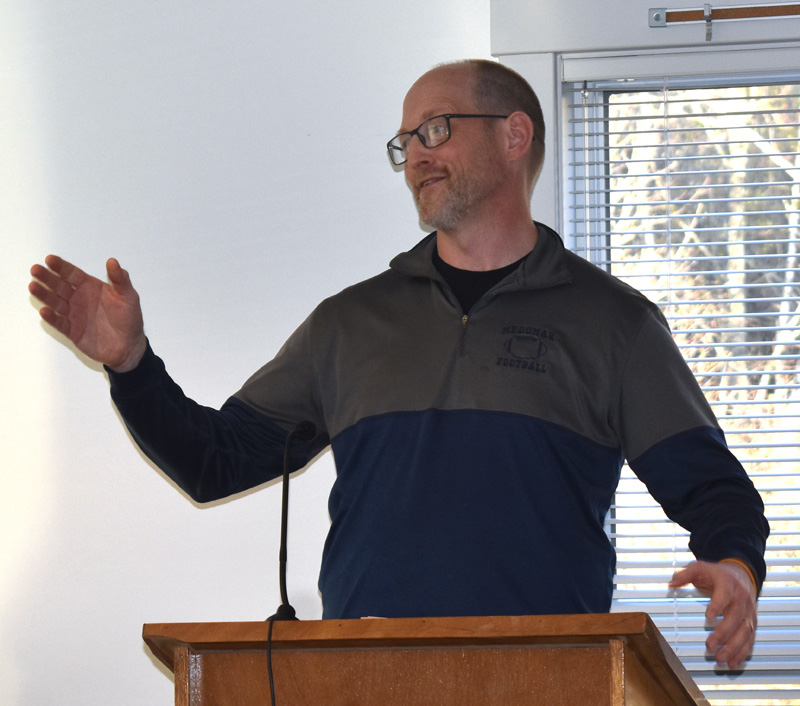 Moody’s Diner co-owner and General Manager Dan Beck discusses plans to build an addition onto the restaurant during a Waldoboro Planning Board meeting at the municipal building Wednesday, May 8. (Alexander Violo photo)

Moody’s Diner will build an addition for food storage and office space at the iconic diner on Route 1 in Waldoboro.

The two-story addition will not affect the diner’s seating capacity, according to co-owner and General Manager Dan Beck.

The Waldoboro Planning Board voted 5-0 to approve the addition Wednesday, May 8. The approval is contingent on the combination of the diner lot with an abutting lot owned by the same family, but under a different legal entity.

The addition onto the iconic Waldoboro eatery, at 1885 Atlantic Highway, will also include new employee restrooms and laundry facilities, according to Beck.

Beck said the addition to the rear of the diner will measure 30 feet by 19 feet with each level having a total of 570 square feet. A 10-by-14 walk-in cooler will be part of the addition.

Beck said the first floor will be used for restaurant supplies and storage, new employee bathrooms, a new laundry area, and the walk-in cooler, while the second floor will consist of new administrative offices.

During his presentation to the planning board, Beck cited four reasons for the addition.

According to Moody, the first reason for the expansion is safety, as the walk-in cooler would allow the restaurant to store more of its stock and supplies on the same level as the kitchen.

The second impetus for the expansion is to ensure the diner complies with applicable regulations. 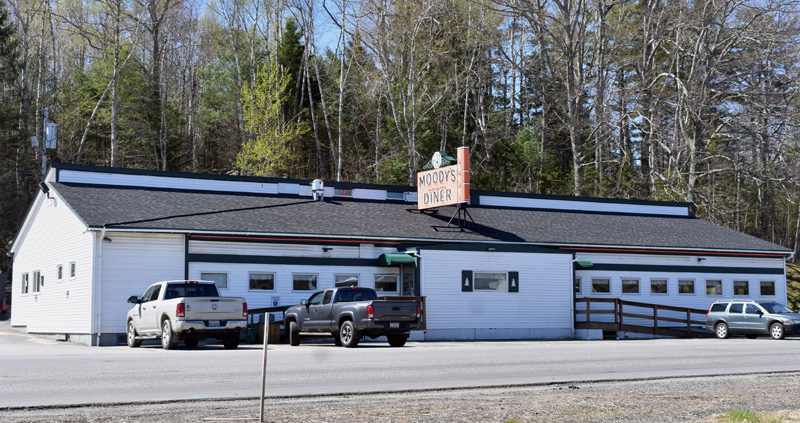 Moody’s Diner plans to build an addition for food storage and office space. The Waldoboro Planning Board approved the project Wednesday, May 8. (Alexander Violo photo)

“There are health and safety regulations on where you store produce and, frankly, we are running out of space. We either turn away customers or increase storage capacity,” Beck said.

Beck said the third reason for the expansion is office safety. Administrative work for the restaurant currently takes place in the basement, where there is only one exit on the opposite end of the building.

Beck said the second story of the addition will create a new area for office space.

The fourth reason for the expansion is to benefit the diner’s employees.

“We have 60-80 employees and only one employee bathroom. This addition will allow for more bathrooms,” Beck said.

Beck said he has met with Gartley & Dorsky Engineering & Surveying Inc. regarding the expansion and is working with Tony Lash Excavation Inc., of Waldoboro, to develop an excavation plan.

Board member John Kosnow asked what time of year construction would take place, citing the high volume of traffic at the nearby intersection of Route 1 and Route 220 during the summer.

Beck said he does not want to do a lot of building and construction after early July, when the volume of traffic on Route 1 picks up.

Beck said he would meet with Central Maine Power Co. on Thursday, May 16 to address electric panels on the rear of the diner. He expects most of the construction to take place in late September and October.

Board member James Russo asked how construction vehicles would enter and exit the construction site, voicing concern about the impact on Route 1 traffic flow.

“There is going to be a lot of 10-wheelers leaving the site, exiting the main parking lot,” Russo said.

Beck said he hopes to start excavation shortly and Lash anticipates that the excavation work will take three to four weeks.

“Tony wants to dig a path at the back of the parking lot, behind the diner, to access the site. Tony feels the excavation and digging out back shouldn’t impact traffic at the Route 1 and Route 220 intersection,” Beck said.

Board member Barbara Boardman asked if the diner is on town water and sewer.

Beck said Moody’s is on town sewer, but has its own well.