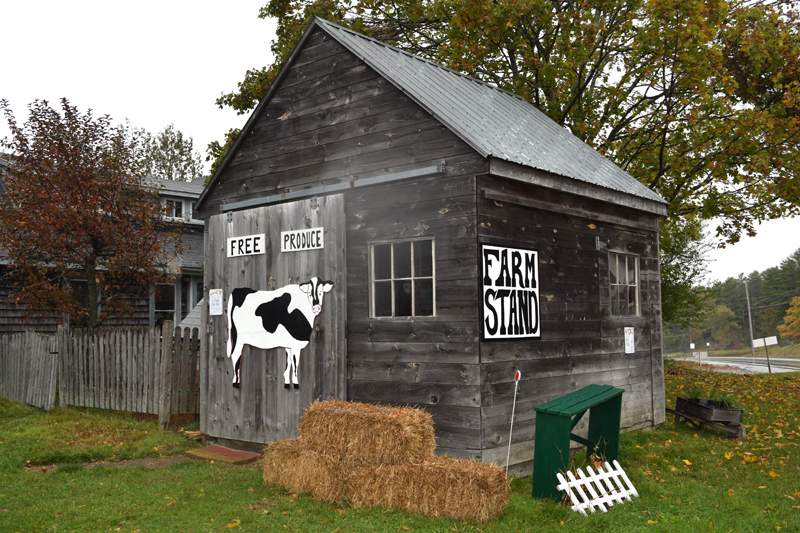 The Take-What-You-Need Farm Stand at The Morris Farm in Wiscasset is open seven days a week. (Hailey Bryant photo)

The farm stand is already seeing some use, according to Liza Goss, food security coordinator at the educational nonprofit.

“The goal of the farm stand is just to provide a venue for people to have access to fresh produce at a price that everyone can afford,” Goss said. “It’s especially important this year, because people have been facing especially hard times during COVID.”

Weather permitting, the door to the stand is left open and people can access it seven days a week.

Veggies to Table, a grow-to-donate farm in Newcastle, donates food to the stand, as do several local gardeners.

The Morris Farm is also partnering with St. Philip’s Episcopal Church in Wiscasset. The church provides kitchen space and ingredients for meals that Morris Farm workers cook for donation to the church’s Help Yourself Shelf. 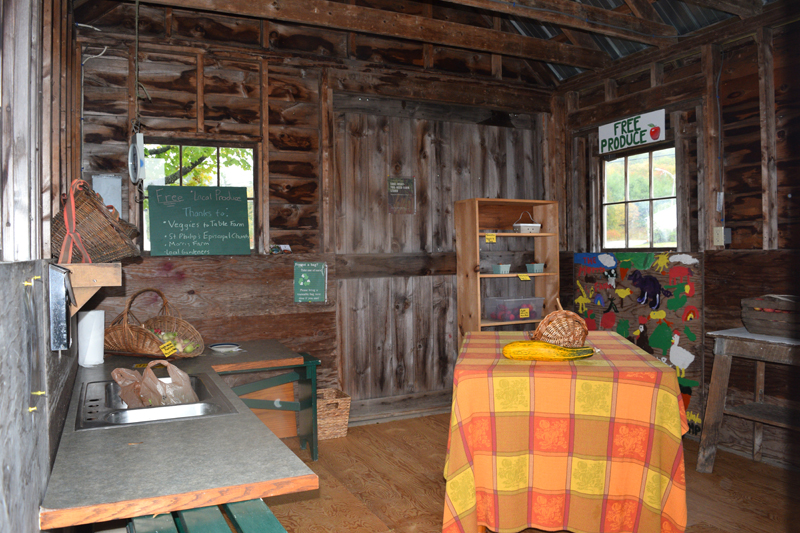 There is a small donation box inside the farm stand where patrons can leave a few dollars to support the program.

“St. Philip’s has a certain number of staples that we can use, and then anything extra to make the meals have more flavor, that’s what the donations are used for,” Goss said.

The stand opened at the end of the growing season, so Goss said this fall is a test run to see if there is interest. She plans to keep the stand open through the winter, but there isn’t a concrete plan.

“The farm stand isn’t well insulated against the cold, so we may move things into the barn to be able to regulate the temperature,” Goss said. During the winter, with less produce available, she hopes to provide items like bread.

The Morris Farm is at 156 Gardiner Road. To donate produce or help cook meals, email morrisfarmvista@gmail.com or call 882-4080.