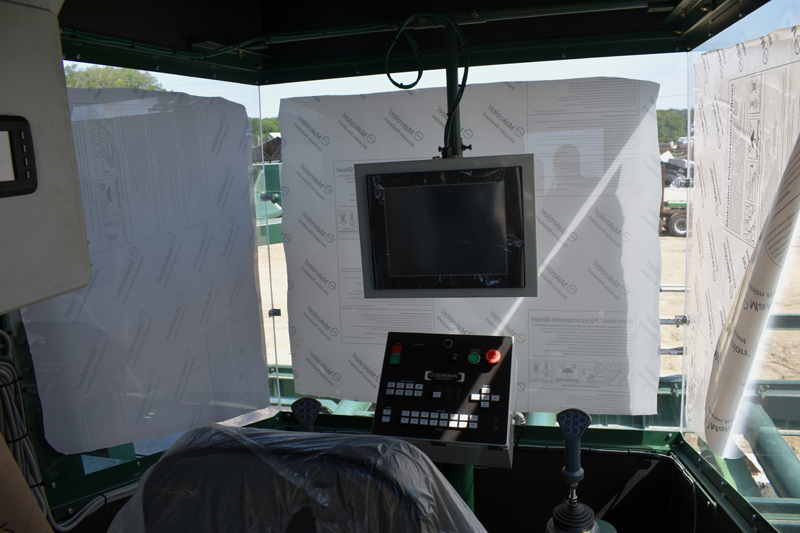 A new sawmill is under construction at N.C. Hunt Lumber in Jefferson, as the business looks to bring the facility back up to full production in the wake of a March fire.

Rob Hunt, president and co-owner of N.C. Hunt Inc., said the plan is to start up the new sawmill in September and have it running at full capacity by the end of November.

“The plan is to start bringing on machines in five to six weeks, as we finish framing the building,” he said. “In seven months, we will have rebuilt. That’s phenomenal and we’ve built a first-class sawmill.”

A new 70-by-170, two-story steel building will house the sawmill.

Hunt said half of the crew that worked in the sawmill has been kept on to assist with rebuilding efforts.

Prior to the fire, the sawmill employed 30 people. Seventeen were laid off as a result of the fire, but the new sawmill will again employ 30.

“Our goal is to get back to 80 full-time employees,” Hunt said.

The early morning fire March 30 destroyed the sawmill and caused significant damage to the work site at 200 South Clary Road. 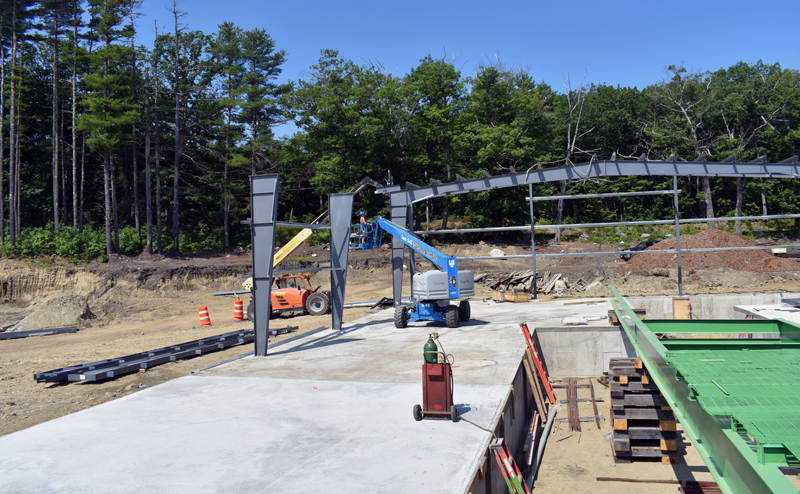 “The fire was Friday night and we were clearing debris on Monday,” Hunt said.

Hunt said employees have assisted with various portions of the rebuild, even pouring the floors after he ran into difficulty finding a concrete contractor.

The company had enough insurance to start work. The policy was not a “Cadillac plan,” Hunt said, but enough to start the process.

A centerpiece of the work at the new sawmill is a Cleereman sawmill carriage from Cleereman Industries Inc., of Wisconsin.

Hunt said the carriage is state of the art and will allow the business to saw lumber up to 24 feet long and 8 feet wide.

“The mill we are building here is a quality mill. We will be able to make marvelous products we weren’t able to do before,” Hunt said.

Hunt said the sawmill’s controls are also state of the art. The operator controls the system with a joystick and screen that resemble the controls of a video game.

“I get a text when it fires up. It is very versatile and safe,” Hunt said.

Hunt said there aren’t many models like it in New England and it will allow the company to meet the needs of its customers. 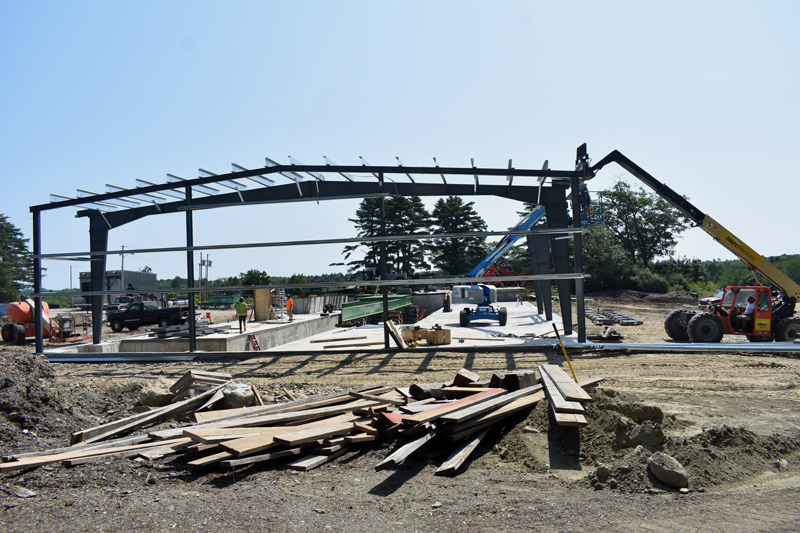 Work progresses on a new sawmill at N.C. Hunt Lumber in Jefferson. The business plans to start up the new sawmill in September and have it running at full capacity by the end of November. (Alexander Violo photo)

“We wanted to be very versatile, to be able to handle special orders. We do quite a bit of volume and want to cater to both domestic and export markets,” he said.

Hunt said that although the fire gutted the previous sawmill, some of the concrete floor was salvageable.

“I was 15-17 when we put that in and I am 41 now. We are recycling a portion of it and the new mill is being built on the top of the old foundation,” he said.

After the sawmill is up and running, the next step for the company is to pursue three-phase power for the Jefferson location.

The closest three-phase electric power is at the North Whitefield Superette, on Mills Road. Central Maine Power Co. has been working with N.C. Hunt to close the 3.5-mile gap. “My hat’s off to CMP,” Hunt said.

Hunt said local government and state representatives have also been helpful with easements and other issues.

Hunt said the mill currently uses diesel generators and three-phase power would be more cost-effective, while assisting in fire suppression.

Hunt credited the local community for giving the business the support it needed to rebuild.

“We are fortunate we had a lot of support from the community, town, vendors, and customers. It’s been very humbling. I can’t say enough about the encouragement, just the encouragement to keep going, knowing they’re behind you,” Hunt said.

Rob Hunt also credited his father, Norman Hunt, for helping him with the rebuilding effort. 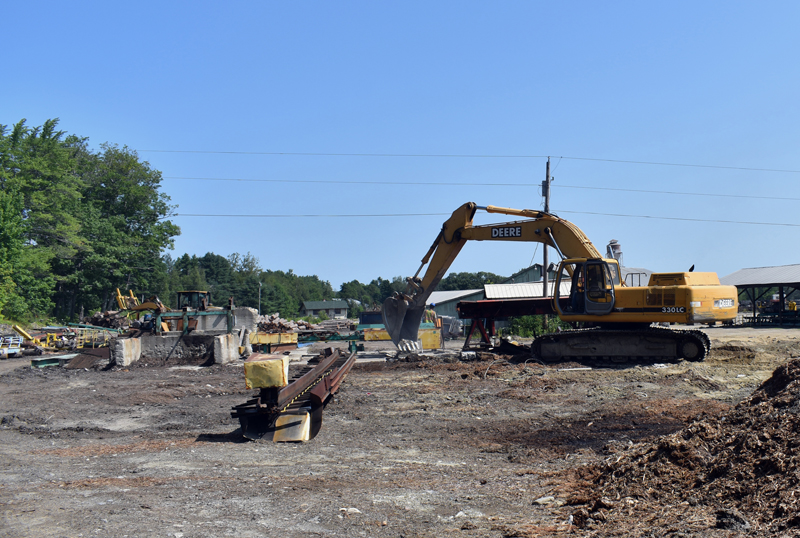 An excavator works at the site of the N.C. Hunt Lumber sawmill in Jefferson. The business is rebuilding after a devastating fire in March 2019. (Alexander Violo photo)

N.C. Hunt Inc. received a Community Development Block Grant to partially fund a new sawmill, electric components, and related equipment. The grant requires a 1-to-1 match from the business.

Jefferson voters agreed to accept the $350,000 grant during a special town meeting in May. The program requires the funds to go through the town.

The company received a $200,000 grant from the same program in 2017, using the funds for the addition of a dry kiln in Jefferson.

In addition to the sawmill, N.C. Hunt Inc. operates retail stores in Damariscotta and Jefferson. It is the 20th-largest employer in Lincoln County as of the third quarter of 2018, according to the Maine Department of Labor.

Hunt reflected on a lifetime spent with his family’s company, saying that when he was 14 there wasn’t enough money to get a loan from the U.S. Small Business Administration and he put in $7,000 worth of his savings to help secure the loan.

“We’ve been through a lot,” Hunt said.