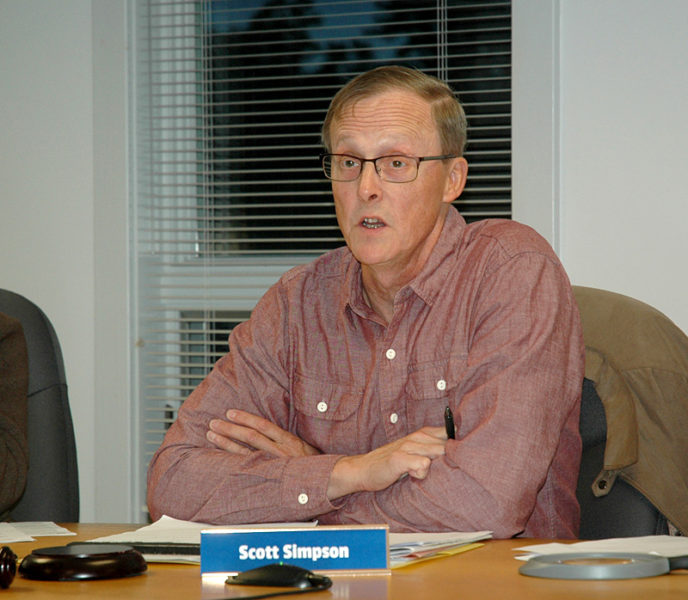 Bremen developer Dan Goldenson’s plan to open a tavern and game room underneath the restaurant at Kaler’s Corner in Waldoboro has some neighbors upset.

During a meeting Wednesday, Oct. 11, the Waldoboro Planning Board tabled a site plan review for the application from Goldenson’s company, Waldoboro Country Store LLC, until the board’s November meeting.

“I think we should table and work out the details so we understand what we are voting for or against. This has reached a point where we don’t have room for gross errors,” Wooster said.

“I think we need to be careful how we consider this. All the feedback and the letters are new to me and to most of us as of today,” Simpson said.

Simpson said the planning board would draw up a list of questions and action items for consideration.

The tavern and game room would be on the structure’s lower level, beneath the restaurant and store. The project would also add a bathroom compliant with the Americans with Disabilities Act.

“We plan to finish the building we started to renovate last year with a pub, a game room, and restroom on the lower level,” Goldenson said.

Goldenson said he bought the building last year with the intent to use the top floor as a convenience store and family restaurant and the bottom floor as a pub or tavern.

“The plan involves taking space below the dining room and making it into a small tavern. What we are trying to do is make the building economically viable,” Goldenson said.

The business has liquor licenses for the convenience store and restaurant, but would need an additional license for the tavern.

The Waldoboro Board of Selectmen has the authority to approve liquor licenses, which are subject to annual renewal. The selectmen hold public hearings regarding applications for new licenses and renewals, and the police chief prepares reports for both to address any issues.

Goldenson said the tavern would replace the redemption center, with the parking and primary entrance to the tavern located at the back of the building on the same level as the tavern space.

“We want the downstairs to be a friendly gathering place, hence the game room, where people could socialize,” Goldenson said.

He said the game room could have games like darts or foosball, but he is open to suggestions. The game room would have the same hours as the tavern.

“There’s no charge to use the game room. It’s intended to be a gathering place where you can play a few games,” Goldenson said.

The tavern area would have an L-shaped bar, 16 stools, and some tables.

Goldenson said he is proposing the tavern’s hours as 4-9 p.m.

Several abutters and neighborhood residents voiced concern about and opposition to the opening of a bar or tavern in their neighborhood, citing its residential quality, the presence of households with children, and the building’s proximity to Miller School.

Goldenson said he would not open a business that would be detrimental to the community.

“I’m very safety conscious. I wouldn’t want to have a situation that was a problem downstairs. I want to be very responsive to any issues that come up,” Goldenson said.

Lawrence Allen, of Main Street, said he appreciates the work Goldenson has put into the store, but opposes the opening of a tavern near his front yard.

Other residents expressed concern about noise and other potential disruptions.

Several letters from abutters were read into the record, one for and several against the project.

Dominika Spetsmann, of Le Vatout Bed and Breakfast, at 218 Kaler’s Corner St., said she adamantly opposes the introduction of a tavern to Kaler’s Corner and is concerned about the repercussions for her business. She said her clientele would not appreciate the establishment’s proximity to a bar.

Goldenson said the restaurant has served beer and wine since the spring without any issues.

“We want to provide a service to the community, not a rowdy beer hall,” he said. “I’m very happy to do things that allay people’s concerns. We’re trying to simply have a friendly gathering place. We are trying to make the building more viable. We are trying to do a first-class job. I think we have a good atmosphere and we aren’t intending to let it deteriorate.”