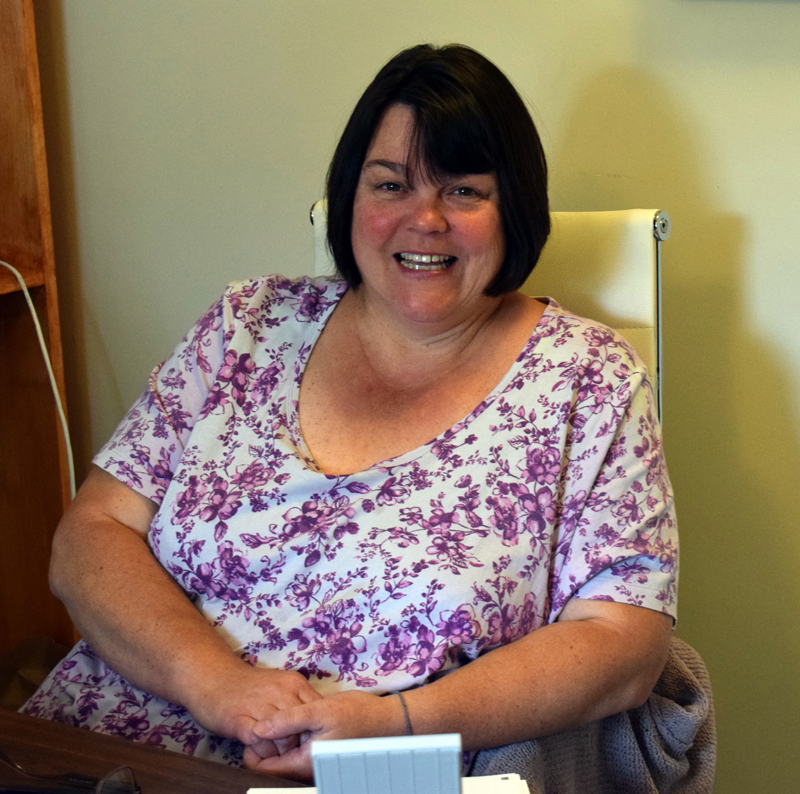 After 15 years in the field, Newcastle resident Dorothe Bailey has opened her own accounting firm in Damariscotta, where she hopes to bring a “hometown feel” to finances.

Dorothe Bailey Accounting Services LLC is in an office at 18 Belvedere Road. The firm began offering financial services Aug. 31 and already has a few clients.

Dorothe said the business will remain a one-person operation for the immediate future, until she has a chance to establish her new venture.

Dorothe is completing online classes to become an enrolled agent so she can represent taxpayers before the Internal Revenue Service, like a certified public accountant or an attorney.

“There are a lot of webinars to be taken, a lot of testing and studying needs to be done. So that’s what I’ve been keeping myself busy with now,” Dorothe said during an interview Sept. 18.

She wants to bring a “hometown feel” to accounting, similar to what she experienced while working for Louis “Lou” Abbotoni, a certified public accountant who owned a firm in Damariscotta.

She began working in Lou’s office in 2005, not long after settling in Newcastle with her husband, local native Sean Bailey.

Dorothe said she got the job after talking with Scott Abbotoni, Lou’s son and the manager of the water division at the Great Salt Bay Sanitary District.

She said Scott knew her husband from attending Lincoln Academy with him and they struck up a conversation one morning when he was checking water samples.

“Apparently, he must have gone back to his … parents’ office and said, ‘I want you to hire Dorothe Bailey for the next tax season. She seems to be pretty nice,’” Dorothe said with a laugh.

Dorothe has a background in hotel and restaurant management. She didn’t discover her true passion until taking accounting classes at South University in Savannah, Ga., where she was living with her husband while he was in the military.

Dorothe is originally from Germany and met Sean when he was stationed in the country. They married in 1992 and bounced around for a while before settling in Newcastle in 2004.

When she took the final exam for an income tax class at South University, which involved preparing an income tax form in pencil, something clicked.

“As soon as I did, I was like, ‘This is it. This is what I want to do for the rest of my life.’ It was like a big puzzle to me, all these tiny little pieces, and they all came together and created this income tax return,” Dorothe said.

She said the job with the Abbotoni firm was exactly what she was looking for. She enjoyed the work more and more and learned new skills on the job.

“I had so much fun with it the first tax season and they knew I did. They kind of created this little part-time position for me and that’s when I started learning about payroll and bookkeeping,” Dorothe said.

She said that after the firm’s sale to H&R Block at the end of 2014, the atmosphere changed and she eventually moved on after working there for a few more years.

“We really were a family,” she said of the Abbotoni firm. “And I had clients tell me, ‘It’s not like going to an office when you come here, it’s like coming to somebody’s house.’ And that’s how it felt working there too.”

Dorothe then worked for Heal Accounting in South Thomaston for two years, starting in January 2018.

She said that firm too began to lose its small-town accounting feel as it sought to expand its services nationally and hire more staff to work remotely.

“Since I was doing a lot of the work anyway and I was meeting with clients and setting them up for the tax season, or we would talk over bookkeeping, I was like, ‘Well, I have to do all the work anyway, why don’t I just do it for my own?’” Dorothe said.

Dorothe’s husband owns Bailey and Son Painting and the Fat Friar’s Meadery in Newcastle. She said her husband is supporting her while she gets her accounting business off the ground.

“It’s tough to go from an almost 40-hour-per-week job to really not knowing how many clients you’re going to be able to see in a week,” she said.

Dorothe Bailey Accounting Services LLC is open from 9 a.m. to 2 p.m. Monday-Thursday and 9 a.m. to noon Friday. To make an appointment, call 563-5405 or email dorothe@dorothebas.com.