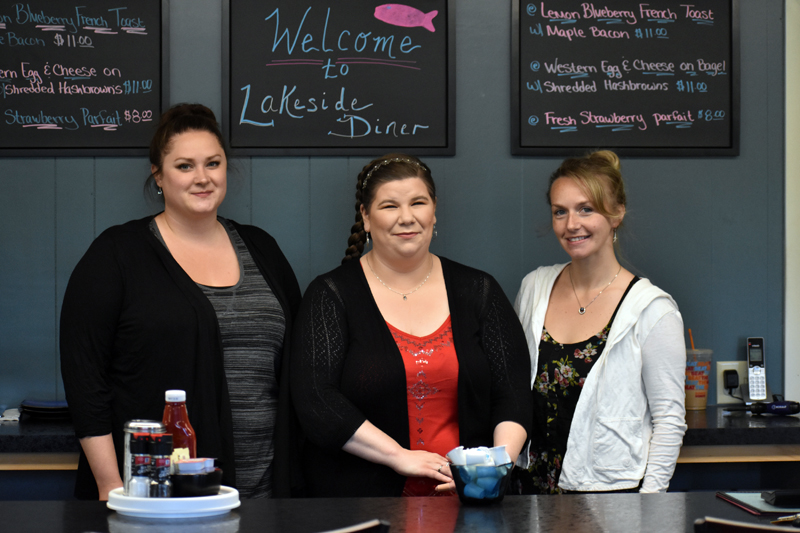 Lakeside Diner is now open at 39 Washington Road in Jefferson, and owner Melanie Hilton said it has been “crazy” busy since the soft opening June 13.

The location near the school and town office was formerly home to Ollie’s Place and the Upper Crust Bakery and Cafe.

Hilton said she is excited by the community response, saying she didn’t do any advertising prior to opening. She said Father’s Day was particularly busy.

Though Lakeside Diner is new, Hilton, of Waldoboro, has plenty of experience in the restaurant industry. She spent the last 15 years working at Deb’s Diner in Waldoboro and Deb’s Bristol Diner for her mother, Deb Thibault.

She has also worked at Bullwinkle’s Steak House in Waldoboro, Larson’s Lunch Box in Damariscotta, Sarah’s Cafe in Wiscasset, Shaw’s Fish and Lobster Wharf in New Harbor, and The Village Grill in Damariscotta.

Hilton said that after years of working with her mother, she is excited to have a place of her own and is looking forward to getting to know her new customers.

“I really enjoy people and I like cooking. It really feels like home in the kitchen. I grew up there and I really like to be busy,” Hilton said.

Hilton said that when she decided to open a restaurant, she initially considered reopening Deb’s Diner in Waldoboro, which closed in October 2017, before finding the location in Jefferson.

According to Hilton, she has a lease with an option to buy, a big reason why she decided on Jefferson.

“It started with Deb’s closing in Waldoboro. I was going to try to reopen it myself and then this opportunity arose with a better atmosphere and setup,” Hilton said. 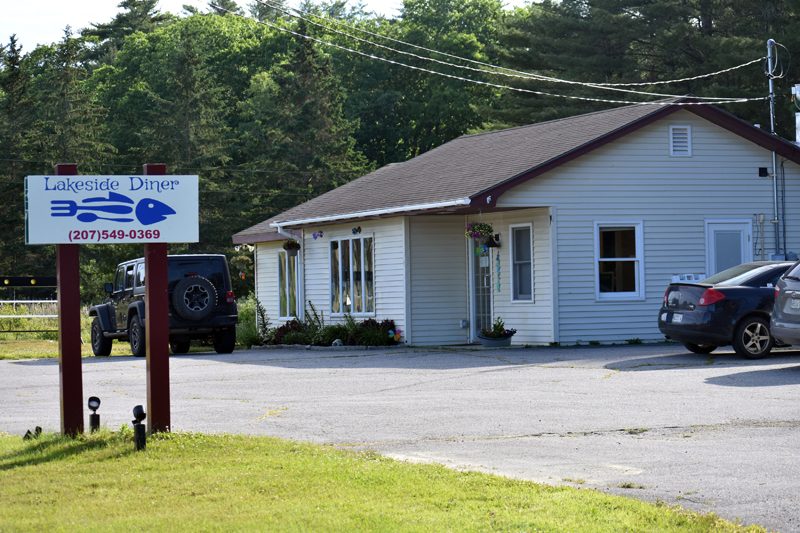 Lakeside Diner is now open on Route 126 in Jefferson, in the building previously home to the Upper Crust Bakery and Cafe. (Alexander Violo photo)

Hilton said people seem excited to have a place to eat in Jefferson, which was short on dining options after the closure of Jefferson Market earlier this year.

“I can tell by everyone thanking me for being here that they are so happy to have somebody here,” she said.

The diner is open for breakfast and lunch Tuesday-Saturday from 6:30 a.m. to 2:30 p.m., open from breakfast Sunday from 8 a.m. to noon, and closed Mondays.

Specials on the weekend include diner favorites like sausage and gravy, in addition to eggs Benedict.

Hilton said some of her favorite dishes to make include lasagna and macaroni and cheese.

Hilton spent the last couple months preparing to open and working on the menu. She said the restaurant was essentially move-in ready thanks to renovations by Upper Crust owner Rhonda Flagg.

Hilton said she hopes to stay open in the winter, but will see how business is in the offseason.

“People have mentioned the town slows down in the winter. Waldoboro slowed down too, but we would put money away in the summer to stay open for the locals in the winter,” Hilton said.

The inspiration for the name Lakeside Diner came from Hilton’s fondness for lake colors, the feeling of being at camp on the lake, and the prominence Damariscotta Lake has in the Jefferson community, according to Hilton.

Hilton said she wants customers to feel relaxed at the diner, channeling the lake theme.