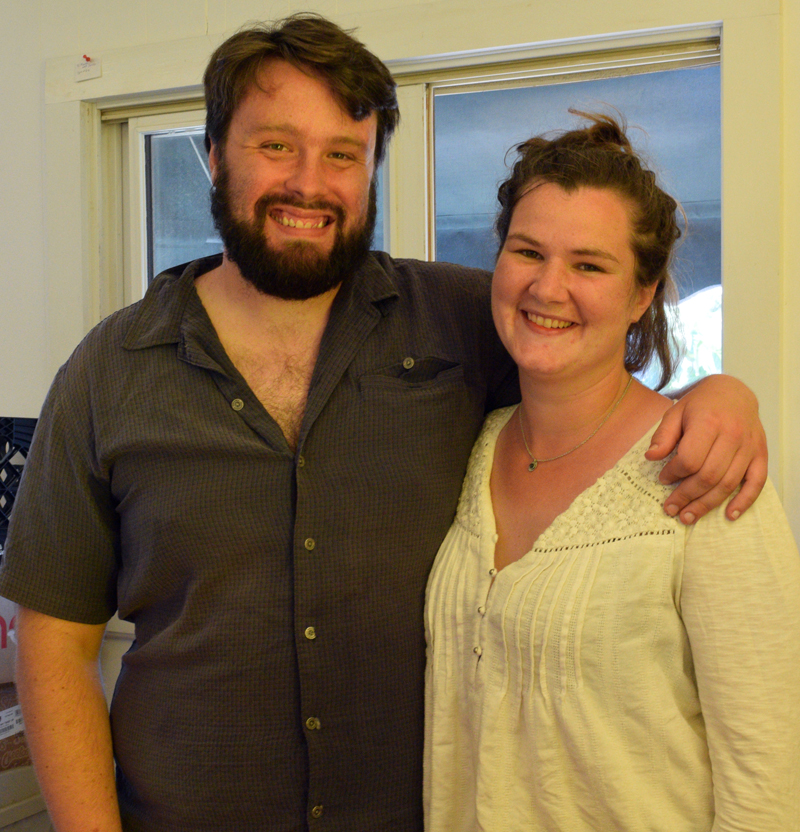 Owners of the Monhegan Store, Jacob Stone and Maura Conley, stand behind the counter at the Monhegan Island grocery store. The owners took over in December 2020 and look to honor the store’s rich history and adapt for the future. (Evan Houk photo)

Maura Conley and Jacob Stone, owners of the Monhegan Store, are carrying the torch for the one-stop Monhegan Island grocery store by respecting history while adapting for the future.

“We want to honor tradition … but we also want to move practically forward,” Conley said.

The store has been open since the 1950s, when Doug and Harry Odom ran what was then called the Monhegan Store and used yellow cards to track customers’ store credit accounts. Since the couple took over in December 2020, the yellow cards have been replaced with a more efficient computer system for accounts receivable, Conley said.

The grocery store has gone through several names and iterations since the 1950s, most recently as L. Brackett and Sons while under the ownership of Lisa Brackett from 2013 to 2020.

Conley and Stone decided to return to the original name of Monhegan Store after taking over. They also continued to use the same vendors as Brackett and stock all the favorite items, while adding some new “fun stuff” too, Conley said.

The Monhegan Store provides year-round provisions to the 64 or so permanent residents on the island, as well as a place for tourists to find items they may have forgotten to bring on their trip. On its Facebook page, the store is described as “a specific place for your general needs.”

The store is well-stocked with staples such as bread, milk, eggs, meats, and of course, ice cream.

“We couldn’t get rid of the ice cream,” Conley said.

It also sells beer and wine.

She said they try to stock as many Maine-made and local products as possible, like meats from Curtis Meats in Warren.

The Island Farm, which has several plots on Monhegan, delivers to the store three times per week, and stocked the shelves with strawberries for a few weeks in the summer. Customers were practically elbowing each other out of the way for a chance to purchase some berries during some of the store’s weekly farmers’ market, Conley said with a laugh. 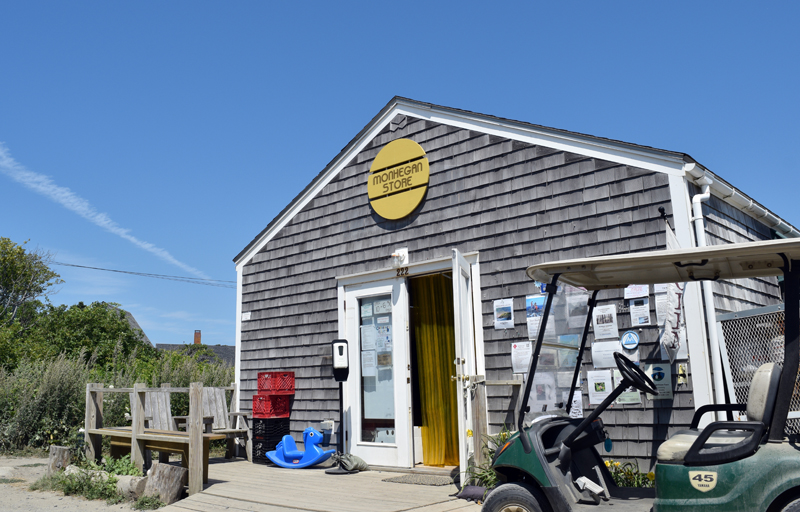 The exterior of the Monhegan Store. The store offers all the essentials for island residents, such as produce, milk, egg, bread, and cheese, as well as other items tourists may forget to pack on their trip. (Evan Houk photo)

Along with the staples, however, some new items are popping up on the shelves, such as more international food and condiments, like a curry sauce, and more vegan and gluten-free options. The store also stocks rice paper wraps for spring rolls and seaweed for sushi.

Conley dispelled an early rumor on the island saying the two would not continue to stock “junk food.”

“That’s not true. We still have junk food,” Conley said.

The store is also continuing to offer breakfast sandwiches and sometimes has someone grilling burgers on the lawn in the summer.

“That’s something we continued that Lisa did,” Conley said.

Both opportunity and community convinced Conley and Stone to stay on Monhegan Island year-round and make a go of it shortly after Conley gave birth to their son.

“The community was really exciting to me when I first moved out here. How everyone does everything out here and everyone’s involved,” Conley said. 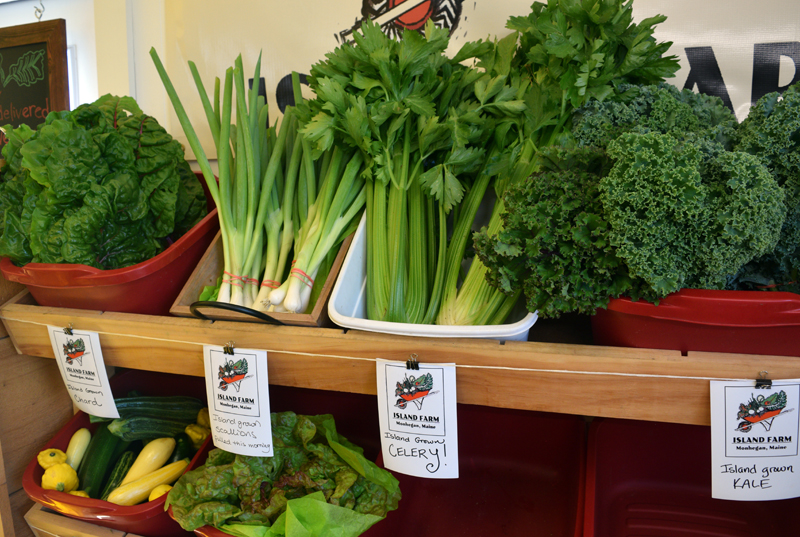 Fresh produce from the Island Farm is displayed in the Monhegan Store on Monhegan Island on Friday, July 22. The Island Farm has numerous plots aorund the island and delivers to the store three times per week. (Evan Houk photo)

They had both been seasonal workers and first met on the island before deciding to live there full time.

Stone had been visiting his grandfather on Monhegan from Massachusetts since he was two weeks old, Conley said, and had worked at various jobs. Conley grew up in Philadelphia and came to the island in 2018 and things seemed to just fall into place.

“There’s kind of Monhegan magic that happens,” Conley said. “You have to be lucky to make it out here.”

She said the couple are still navigating the challenges that come with full-time island life, but are confident they are in the right place.

“It’s such a community where people really are respectful and really know each other and are kind,” Conley said.