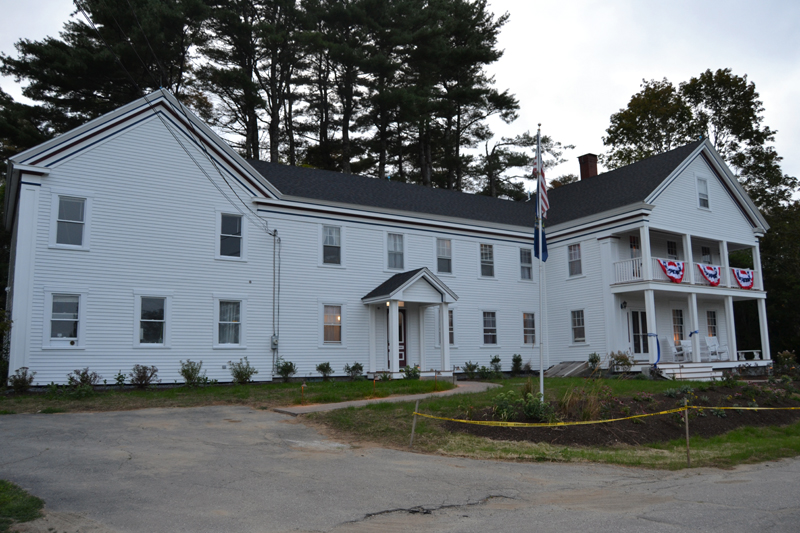 After an extensive renovation, The Tipsy Butler is open for business under new ownership. The bed-and-breakfast is at 11 High St. in Newcastle. (Maia Zewert photo)

The Tipsy Butler bed-and-breakfast, at 11 High St. in Newcastle, is under new ownership and once again open for guests.

Jessica and Attila DeLisle purchased the bed-and-breakfast, established in 2000, in September 2018 from Tony Joa.

The couple had been looking for a new adventure when Jessica stumbled across the listing.

“There had been a few things we talked about, but this was an enthusiastic yes,” Jessica said.

The 1845 Greek revival building needed a dose of TLC before it would be ready for guests again. The exterior of the building underwent an extensive renovation, including the replacement of the roof and rebuilding of the porches.

“It was really eye-opening,” Jessica said. 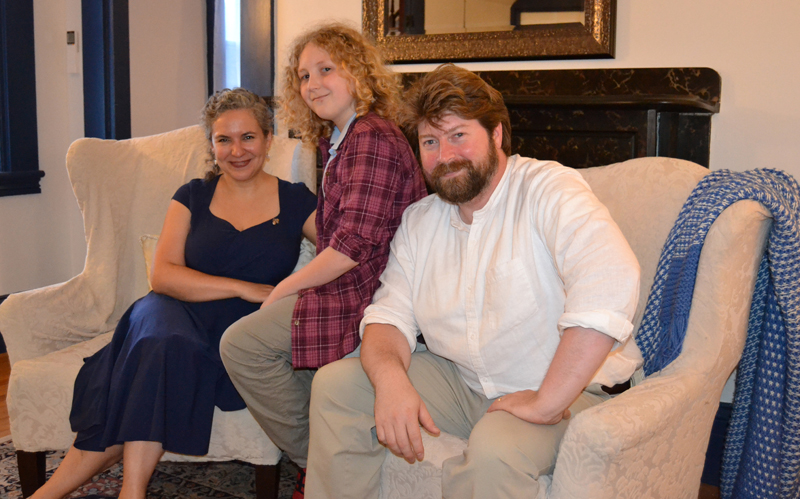 Jessica and Attila DeLisle with their son, Rigel. The DeLisles are the new owners of The Tipsy Butler bed-and-breakfast in Newcastle. (Maia Zewert photo)

“And a good experience,” said Attila. “Now we know how much it costs to completely renovate, so we’ll stay on top of maintenance.”

A parking lot near the front of the building was added, along with a walkway to the front door.

As for the interior of the bed-and-breakfast, the kitchen was gutted and the layout changed for efficiency’s sake. The floors throughout the building to be stripped and sanded.

“It was … a process, to say the least,” Jessica said. “They got to know me really well at the hardware store.”

About a month after closing, Jessica “accidentally answered the phone” to accept a booking from their first guests, who would arrive in July.

“It was good for us because we needed a deadline,” Jessica said. “We gave them the construction rate just in case.”

The day the guests arrived, the walkway from the parking lot to the front door had just been completed.

“It really came together, and we also got to see what it would be like at capacity,” Attila said. “There was a moment of ‘We got this.’” 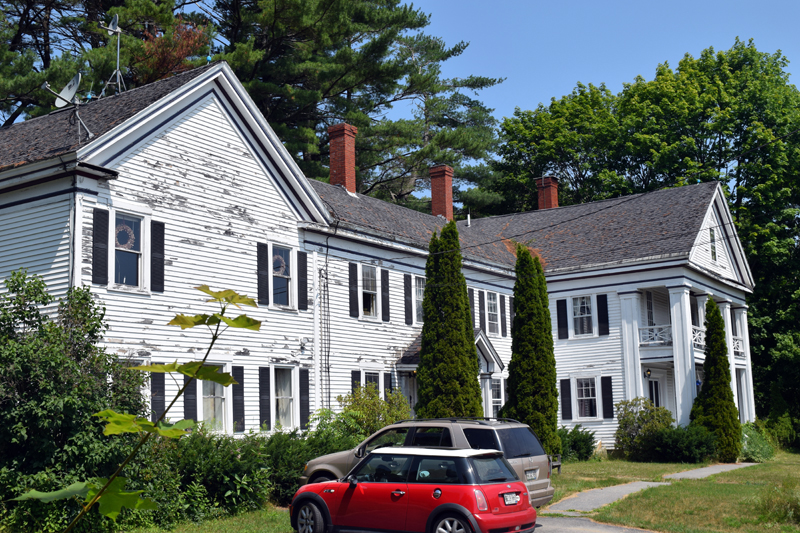 The Tipsy Butler in 2018, before renovations. (Photo courtesy Attila DeLisle)

There are four rooms at The Tipsy Butler, each named for a famous butler or literary icon. On the first floor is the Wodehouse room, named after English author P.G. Wodehouse, who created the fictional character Reginald Jeeves.

The second floor includes the Pratchett room. Named for English author Terry Pratchett, a favorite of the couple’s, the room includes a claw-foot tub and a writing nook.

Also on the second floor is the Hudson room, named for Mrs. Hudson, the landlady of Sherlock Holmes and Dr. John Watson. Jessica and Attila met Una Stubbs, who portrays the character on the series “Sherlock,” and put a framed photo of the actress in the room in her honor.

Hudson also connects to a smaller room, 221B, for guests’ children.

The Overlook, the room on the top floor of the bed-and-breakfast, offers a stunning view of the surrounding area.

Each room is equipped with an Amazon Alexa and smart TVs, and the bed-and-breakfast has free Wi-Fi.

The Tipsy Butler only serves breakfast, which Jessica described as “a simple but hearty Maine breakfast.” All ingredients are sourced as locally as possible, and the limited number of rooms allows for specific tailoring of meals. In one instance, the bed-and-breakfast had guests who were gluten-free, dairy-free, and egg-free staying at the same time.

“I really like the ‘What will I do?’ stress,” Jessica said. “It’s challenging, but it’s a very fun challenging.” 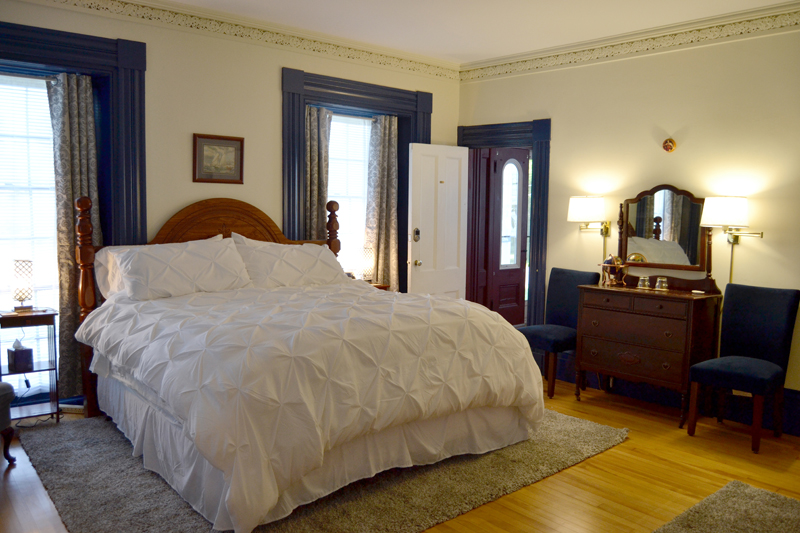 Each room at The Tipsy Butler is named for a famous butler or literary icon. The Wodehouse room, on the first floor, is named for English author P.G. Wodehouse, who created the fictional character Reginald Jeeves. (Maia Zewert photo)

The meal is served around a big community table with seats for all the guests, similar to the layout at Osteria Bucci, a Damariscotta restaurant operated by Attila’s father, Bernie DeLisle, from 2017 until earlier this year.

“It’s people getting together for a meal, just like Osteria,” Attila said.

For other meals, both Jessica and Attila are happy to suggest any of the local restaurants to guests.

“I love recommending places to people, because it’s fun to say ‘I know these people, they’re my friends,’” Jessica said.

“The business community feels like it’s becoming more of a community,” Attila said.

After months of renovation, Jessica and Attila, along with their son, Rigel, opened the bed-and-breakfast for a public debut during an open house Aug. 18.

“We really want this to be a place that is warm, inviting, beautiful, and fun for everyone,” Jessica said.

For more information about The Tipsy Butler, go to tipsybutler.com, find the business on Facebook or Instagram, or call 653-4103.