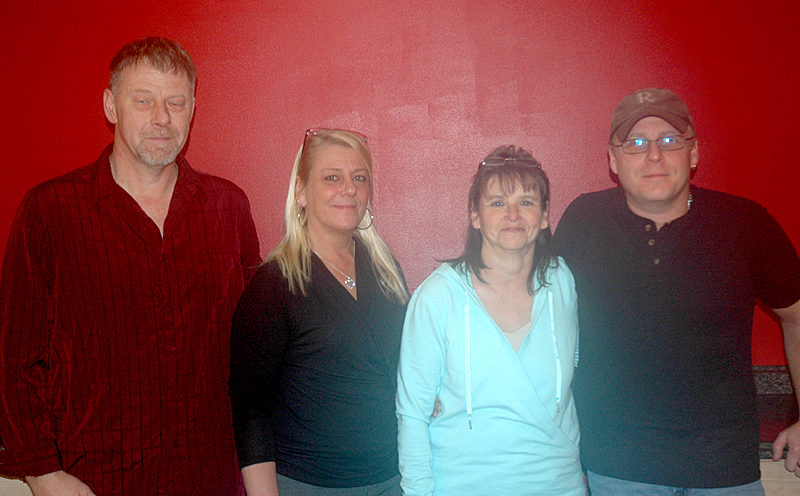 A group of four Waldoboro residents has taken over the former Waldoboro House of Pizza and plans to reopen the Route 1 restaurant as Bella Gia’s.

The new owners took over Friday, Jan 27 and closed the restaurant at 1587 Atlantic Highway, Saturday, Jan. 28 to conduct renovations. They plan to reopen at 11 a.m., Saturday, Feb. 4.

“We are hoping to pull all of this off in six days,” Jeremey Miller, one of the four business partners at Bella Gia’s, said.

Joining Miller as partners in the new business are John Howlett, Susan Johnson-Moody, and Dawn O’Brien.

According to Miller, the new owners plan to upgrade the restaurant’s ingredients, including its sauce, dough, and cheese, and tweak the menu by adding  lunch specials and some customer requests.

“We aren’t carrying on an old business. We are building our own,” Miller said.

He said every ingredient has been handpicked to give menu items some extra pop.

Miller said renovations inside the building will include changing the paint color from white to red and adding a counter area.

Though he said the renovations are not major, they will definitely be noticeable.

“When people walk in, they are going to know it’s something different,” Miller said.

He said picking a new name for the restaurant was another key part of the transition.

“The name had to be changed. We had to reidentify the location,” he said.

Johnson-Moody said the new owners wanted to add a personal touch to the space, emphasizing family and community.

“We want to be a part of the community,” Johnson-Moody said.

Miller said another big inspiration for the group was opening a family-friendly, family-run business in Waldoboro.

O’Brien said a big goal for the group is to keep the restaurant’s regular customers happy while improving the dining experience.

“There are a lot of regular customers really excited for us to reopen,” O’Brien said.

Howlett said another goal is to make sure people are satisfied when they visit the restaurant.

Miller said that though the group recently closed on the business, the idea got started last year.

He said all four have food service experience and were looking for a place to call their own.

“We put our heads together and all four puzzle pieces fit together,” Miller said.

Prior to the restaurant’s reopening, Miller said the partners will invite family and friends in to help figure out the flavor of the pizzeria’s menu, and see which items garner the best reviews.

Miller said the reopening process at the restaurant has been made infinitely easier by assistance from vendors who have helped ensure the restaurant is stocked and ready to go before Super Bowl Sunday.

Miller said the experience has been a whirlwind, but so far everything is going as the group planned.

The restaurant will offer a limited menu for emergency responders and Central Maine Power Co. workers out and about during snowstorms and other severe weather events, so they can get a hot meal.

The group is currently leasing the building, which was formerly home to a wine store, McKean and Charles, that closed in January 2015. The Waldoboro House of Pizza was opened in March 2015 by co-owners Charlie and Besy Koutsikos.