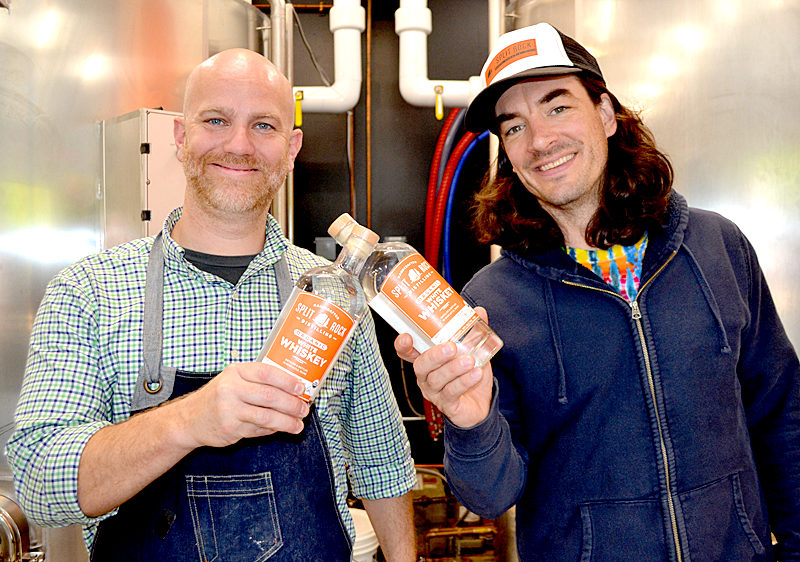 Three months after opening its doors to the public, Split Rock Distilling in Newcastle will celebrate its grand opening throughout Columbus Day weekend, Oct. 7-9.

The festivities will celebrate the business’s first three months and the changes Split Rock Distilling has made since co-founders Topher Mallory and Matt Page opened the distillery on July 1 after almost two years of renovations, research, and product development.

Located at 16 Osprey Point Road off Route 1, Split Rock Distilling is the only 100 percent organic distillery in Maine. 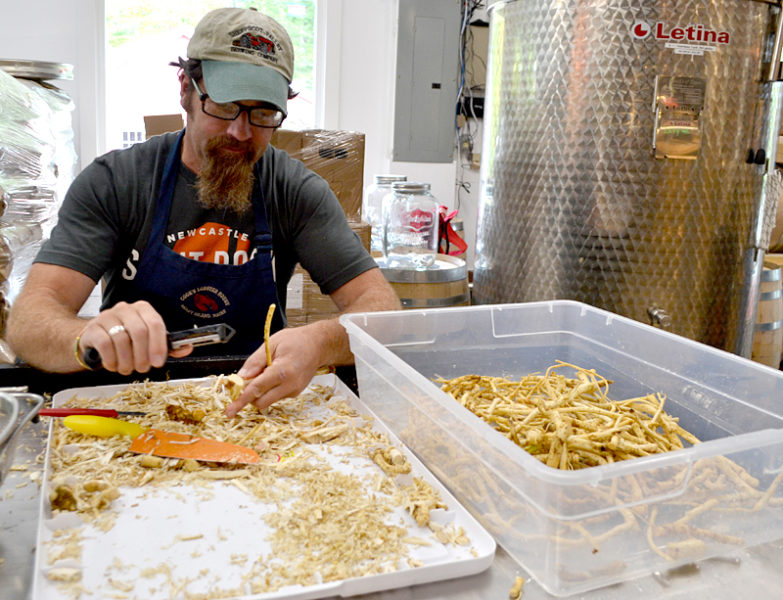 Split Rock Distilling employee Forrest Russell peels horseradish from Snakeroot Organic Farm in Pittsfield. The horseradish is used in the distillery’s horseradish vodka, which will be back on the shelves for the business’s grand opening Oct. 7-9. (Maia Zewert photo)

The grand opening festivities will kick off Friday, Oct. 7, when Split Rock Distilling will debut its second batch of horseradish vodka to the public. Damariscotta River oysters will also be available, Mallory said.

Saturday will feature blueberries and Split Rock Distilling’s blueberry vodka. Popsicles made from blueberries grown at Elderflower Farm, of Lincolnville, will be served alongside blueberry cocktails.

The distillery’s bourbon will be featured on Sunday. Chips and dips from King Eider’s Pub, of Damariscotta, will complement the bourbon, Mallory said.

Mallory and Page will give tours of the distillery at 2 p.m. and 4 p.m. on all three days. Split Rock Distilling will also have outdoor seating available, a first for the business.

“This really is a celebration for the customers and their support,” Mallory said. 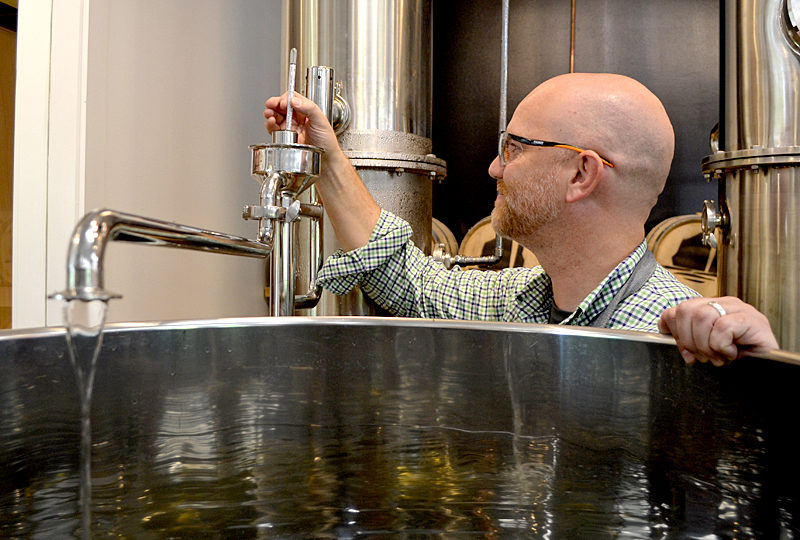 It was through that support that Mallory and Page have been able to grow the number of people Split Rock Distilling employs in the three months it has been open. Since July 1, Zach Baker, Stuart Feldpausch, and Forrest Russell have all joined the business.

“We have received just an outpouring of support from people showing interest,” Mallory said. “We are a small company and we’re bringing people on as we can.”

For Russell, it was the vision Mallory and Page have that made him want to join the company.

“It’s an exciting new challenge and opportunity,” Russell said. “The positive energy Topher and Matt have is incredible, and I wanted to be part of it.”

Mallory and Page have plans to expand the distillery’s line of spirits in the future. A gin is set to debut sometime this winter and rum is on the books for distribution in summer 2017.

Recently, Mallory and Page added white whiskey to Split Rock Distilling’s line of products after a period of fine-tuning to make it the “best of the best,” Page said.

Based on the availability of the spirits, Split Rock Distilling offers free tasting of its bourbon whiskey, blueberry vodka, horseradish vodka, white whiskey, and vodka. One of Page’s favorite moments is when a customer tastes a product for the first time in the tasting room.

“Just seeing the general public react and to share what we’ve created and then to be able to point at the still that’s just on the other side of the glass is something special,” Page said.

As the business grows, both Mallory and Page still consider the bourbon their favorite Split Rock spirit.

“It’s where it all began,” Mallory said.