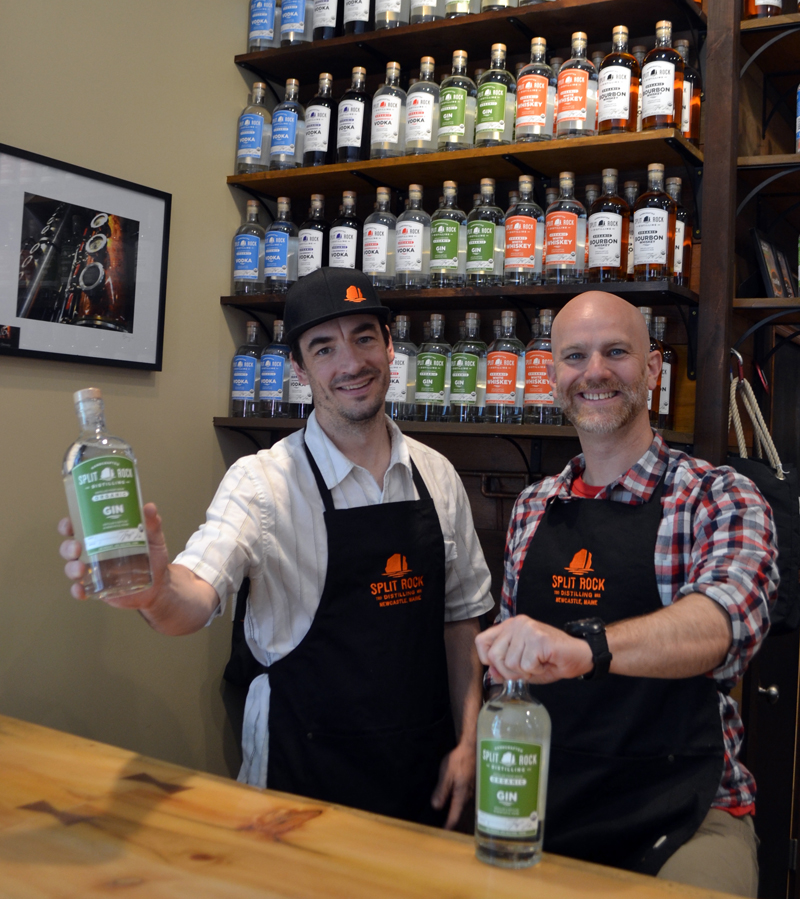 Split Rock Distilling, the state’s only 100 percent organic distillery, celebrated its one-year anniversary with the official release of its long-awaited gin.

The gin was part of the original plan for the distillery at 16 Osprey Point Road, off Route 1 in Newcastle.

“It was in design before we even opened,” said Topher Mallory, one of the distillery’s founders.

Mallory and Matt Page purchased the property in 2014. After almost two years of renovation and research, the distillery opened July 1, 2016 with five products in its lineup: bourbon, blueberry vodka, horseradish vodka, and 80-proof and 150-proof vodka. A white whiskey debuted in the fall.

While Mallory and Page always planned to release a gin, they were surprised by just how much demand there was.

“From day one, it was one of the things we got asked about the most,” Mallory said

As with their other spirits, Mallory and Page wanted to develop a gin that could be used in cocktails, but also stand on its own. To meet that goal, they spent a lot of time experimenting with different recipes.

“Personally, from 15 years of enjoying gin, we really wanted to focus on making something that was unique,” Page said. “It’s most certainly been a journey, to say the least.”

One week prior to the gin’s official debut, the distillery released a limited batch of 100 bottles, which sold out.

In addition to the gin’s release, the past weekend marked the one-year anniversary of Split Rock Distilling opening its doors to the public. To commemorate the anniversary, the distillery held a celebration throughout the weekend, with gin-and-tonic happy hours and handcrafted cocktails featuring Split Rock spirits, Royal Rose organic syrups, and Coastal Root bitters. 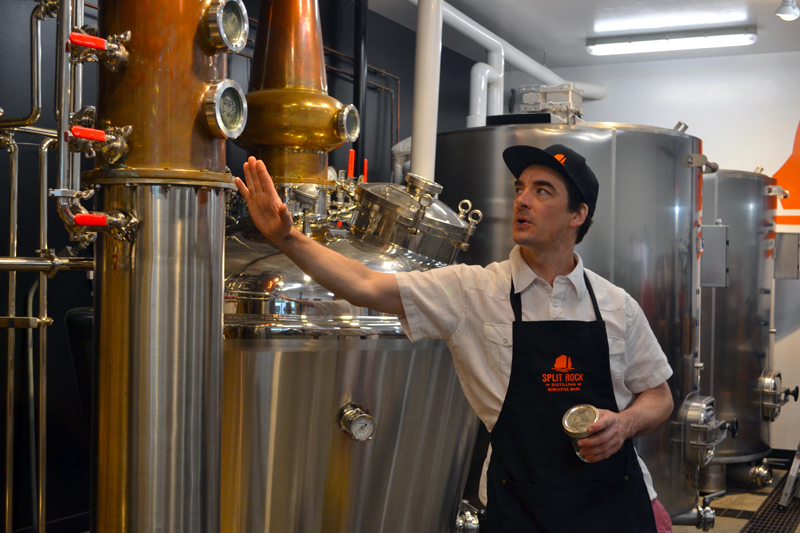 Both Mallory and Page are hopeful to add a rum to Split Rock Distilling’s line of spirits by the end of the year and have plans for future developments.

“Our fire’s not gone,” Page said. “We’re still excited to continue innovating and expanding, but at the same time, we’re really proud of how far we’ve come.”