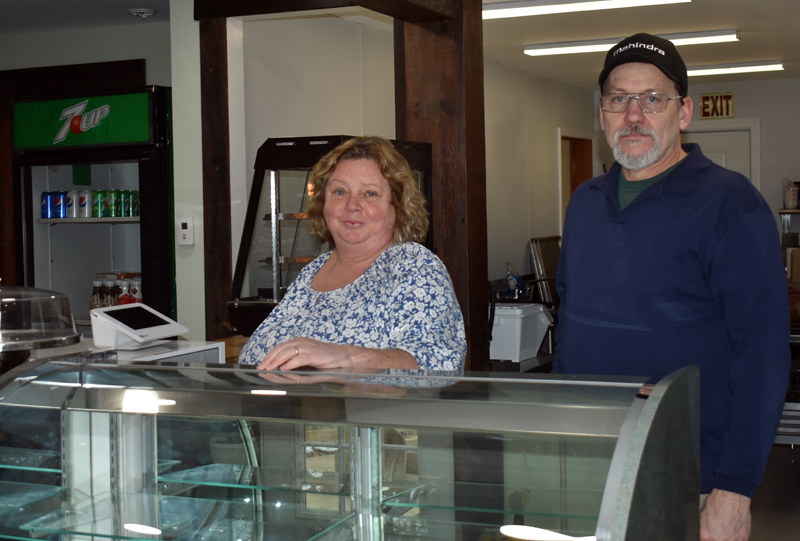 The new Ginger Mousse Bakery, at the corner of East Pond Road and Route 1 in Nobleboro, will celebrate its grand opening at 6 a.m., Monday, Jan. 20.

John and Karen Kelly own the bakery at 16 East Pond Road. The business will offer coffee and treats, including bagels, a variety of pies, and beans and bread on Saturdays.

The bakery will be open seven days a week. “I’m looking forward to people coming in, talking to people,” Karen Kelly said.

The couple bought the property about four years ago, drawn to the location.

“There are a lot of people going to work and that’s why we are opening so early,” Karen Kelly said.

John Kelly said the bakery’s name is “a play on gingerbread, and mousse has a double meaning. It had a nice ring to it.”

An artist friend, Karen Seeland, designed the bakery’s sign, which shows a moose with a cupcake on its head. Maine Printing, of Warren, made it.

Karen Kelly said the couple looked at locations all over the place, but was drawn to this area. “We looked for a lot of years, really,” John Kelly said. 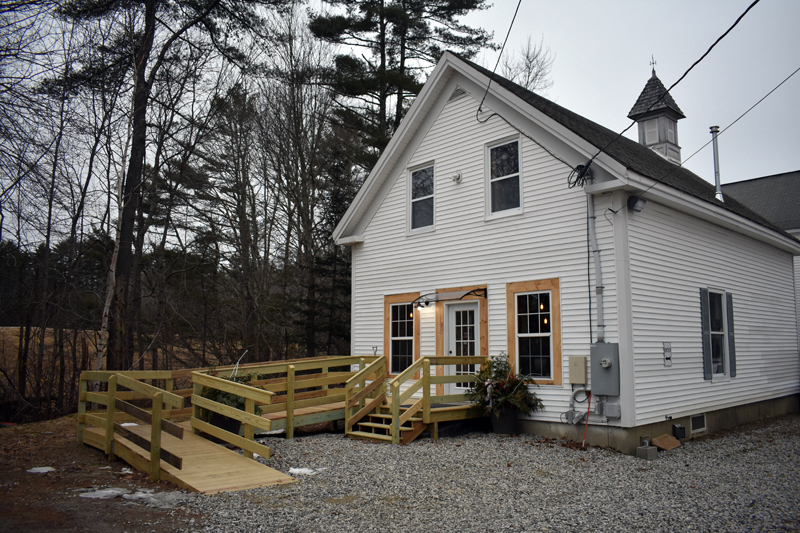 The entrance to Ginger Mousse Bakery, at 16 East Pond Road in Nobleboro. The building was once a schoolhouse and church. (Alexander Violo photo)

“We’re going to get a feel for how many people are coming in and we will go from there,” Karen Kelly said.

“We are really open to suggestions. If there is something (customers) want to see or old recipes they like, let us know,” Karen Kelly said.

The bakery will serve coffee from Wicked Joe Organic Coffees, of Topsham.

John Kelly said the couple brought in a commercial oven, a commercial sink, a mixer, and a display case for baked goods.

Karen Kelly said some of her favorite items are an everything bagel and peanut butter pie, in addition to a strawberry rhubarb pie made by John Kelly.

The Kellys will incorporate seasonal items into the menu, including rhubarb and strawberries. “You can get them anytime, but they are better when you get them fresh,” Karen Kelly said.

The bakery will also have honey cornbread, which Karen Kelley described as similar to old-fashioned anadama bread.

According to John Kelly, the building dates to around 1876 and was a schoolhouse, a church, and a call center. It was sitting empty before they bought it.

“We’ve been working on it for a few years,” Karen Kelly said. 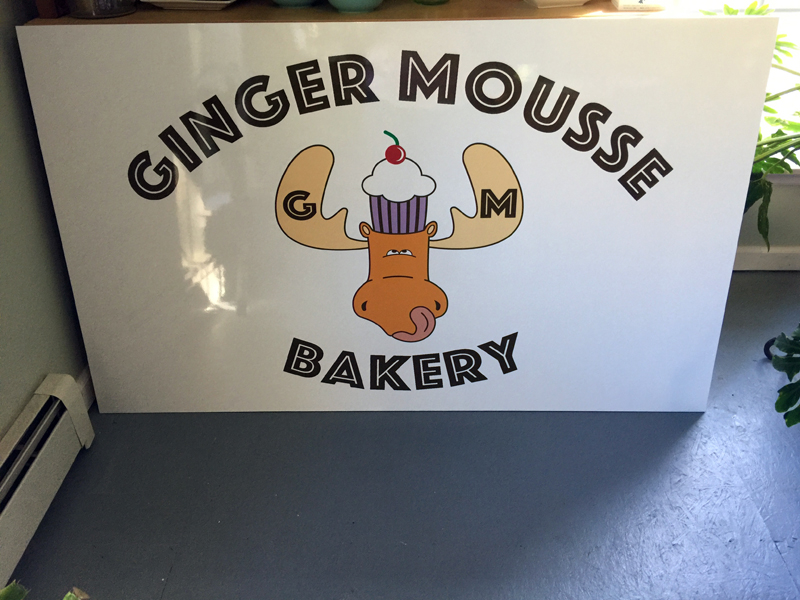 They renovated the building’s two apartments, in addition to the bakery area.

“We bought it for this, but by the time I got the back done, I was thinking, forget about anything else, but (Karen) was a little more focused and we got it done,” John Kelly said.

John Kelly said the oldest part of the structure is the area now dedicated to the bakery. The three-floor building includes a storage area above the bakery and two apartments in a different part of the building.

“We gutted the whole thing. We have brand-new electric, flooring, lighting, and plumbing,” she said.

In addition to interior work, John Kelly added a handicapped-accessible ramp to the business.

According to Karen Kelly, they had planned to open before Thanksgiving 2019, then before Christmas 2019.

“We wanted to finish everything, wanted it to be right. There is a lot of work that goes into this,” she said.

John Kelly said he grew up in the bakery business. Karen Kelly started working in the industry as a cake decorator. The couple had a bakery in Concord, N.H. before moving to Maine.

The Nobleboro Planning Board approved the Kellys’ business in August 2019, after three meetings and a site walk.