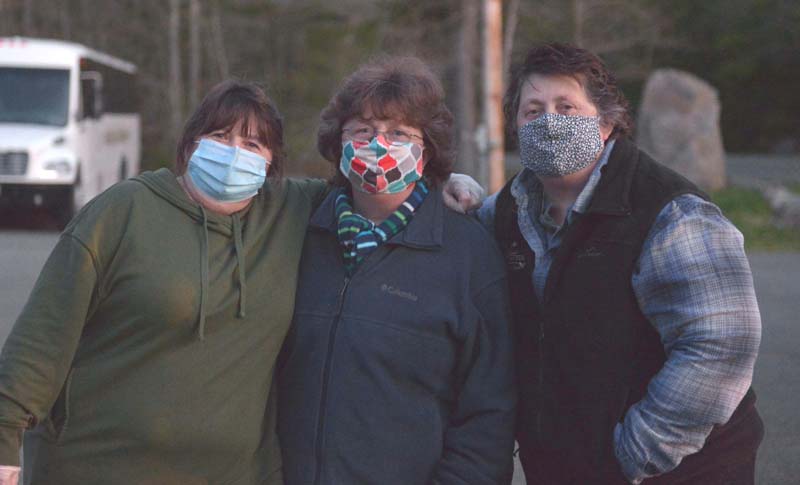 On the books, 2020 looked like it was going to be a banner year for Country Coach Charters, of Nobleboro. Then the COVID-19 pandemic flatlined business.

Despite the lack of any business since mid-March, owner Darcy Knof has found a way to bring happiness to family and friends. She and her two sisters, Darlene Souza and Doreen “Pooh” Moody, known as the ‘Three D’s,” have set up a makeshift drive-in theater at Knof’s East Pond Road business. 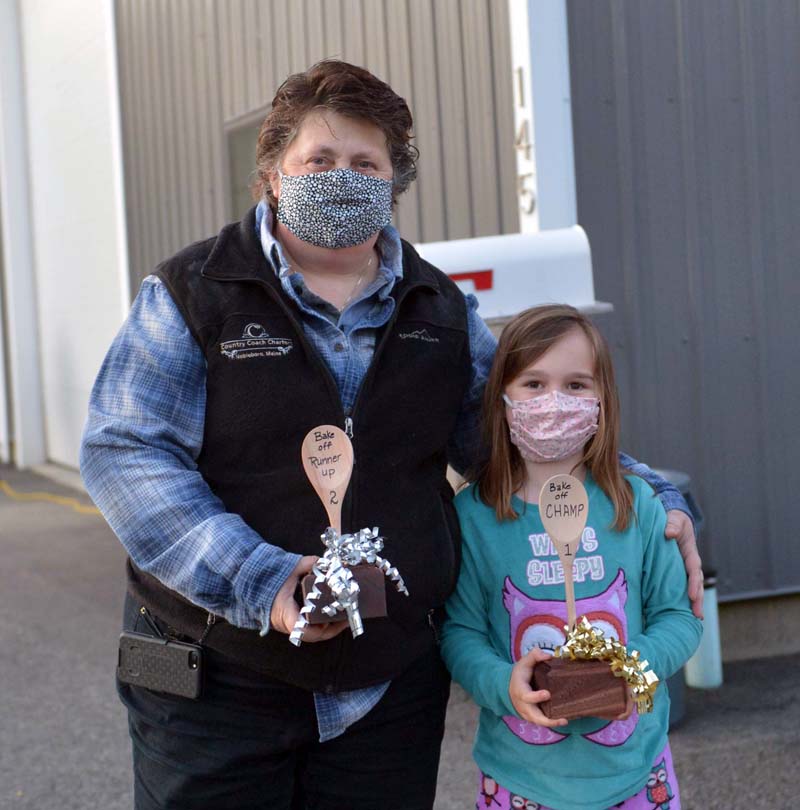 Ninny’s Drive-in – Knof’s grandchildren call her Ninny – is open every Saturday night, weather permitting. A large, white garage door serves as the screen. They show children’s movies, which are free, and give away free popcorn and other snacks.

Knof is the type of person that likes to keep busy. She sees the drive-in as a good distraction for both herself and local kids who have been cooped up at home all week. Moviegoers practice physical distancing and remain in their vehicles.

“Nobody has anything to do. They are going to go stir-crazy pretty quick. It only cost me electricity to run a projector,” Knof said.

COVID-19 is “killing” Country Coach Charters, Knof said. The business provides luxury transportation for special events, as well as rides to and from the airport, with its fleet of sedans, SUVs, vans, buses, and trolleys.

Of the nearly 100 weddings Knof had lined up for the season, all but two have been canceled. It is not unusual for Country Charters to work  seven to 10 weddings over a three-day weekend in the summer. Down payments get the business through the lean winter months.

There are not a lot of open dates for brides in 2021, but “I never say I am booked,” Knof said. “I am one of those kind of people that will find a vehicle for them.” 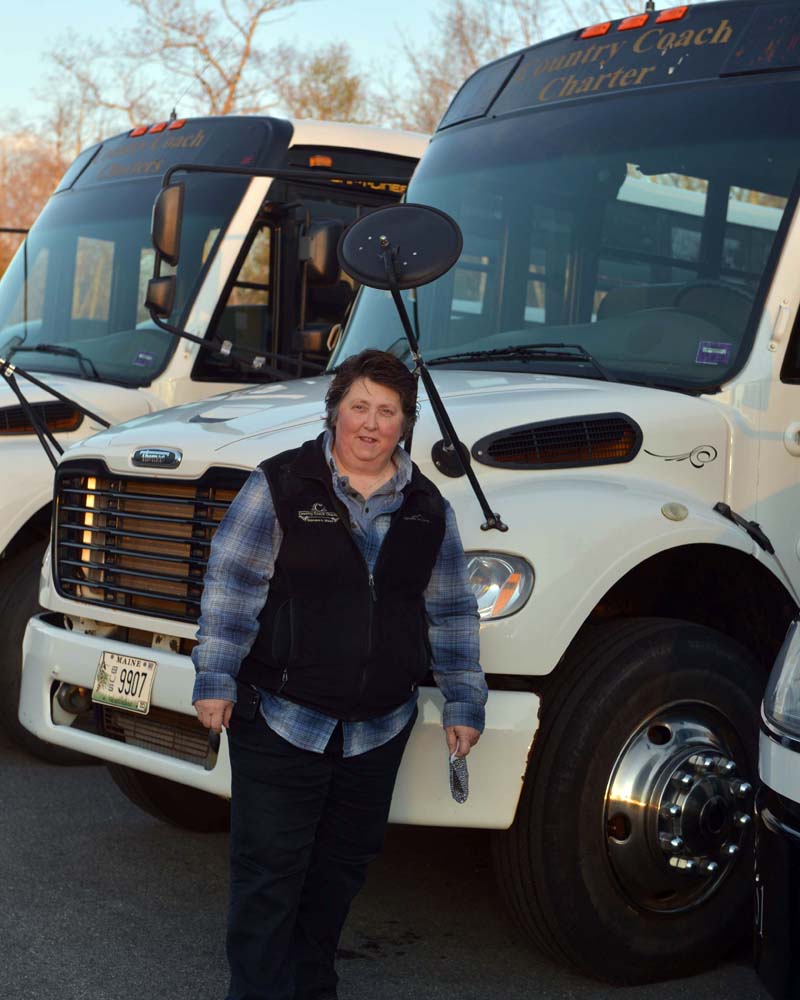 Country Coach Charters owner Darcy Knof stands in front of some of her fleet, now idle thanks to COVID-19. (Paula Roberts photo)

She is fielding calls from brides who do not want to limit their weddings to 50 people – the maximum for gatherings in Maine as of June 1. “If I am not getting any weddings, that means venues, hotels, and tent companies are not getting anything either,” she said.

Business came to a grinding halt when the first COVID-19 case was confirmed in Maine and Gov. Janet Mills issued an emergency order shutting down all but essential businesses. Weddings were postponed, airports turned into ghost towns, schools shifted to distance learning, and Kieve-Wavus  shut down for the summer. 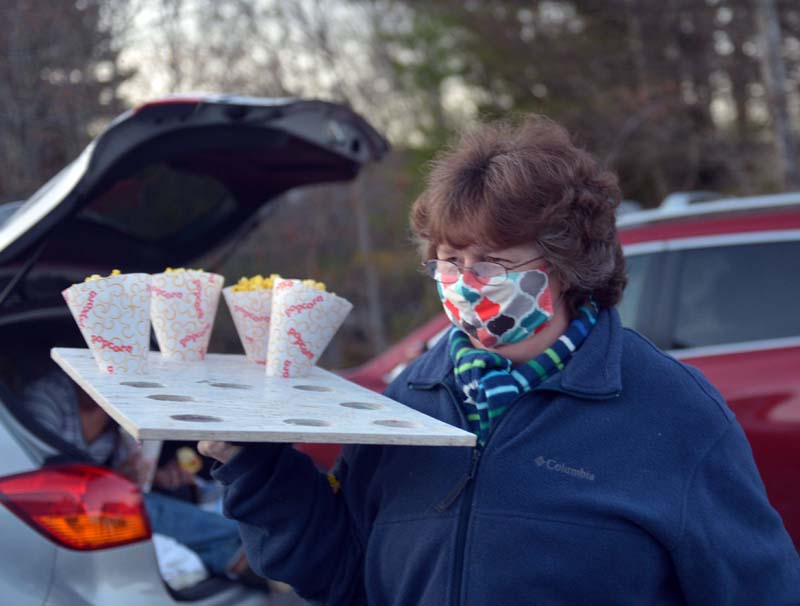 “Nobody wants to get in a bus,” Knof said.

While airlines and public transportation received government aid, Knof said that bus and transport companies were left out of the loop. She wanted to attend a big bus rally in Washington, D.C., but could not justify the cost. She said coaches and buses lined up for 8 miles to make a point about not receiving any help.

Organizers of the May 13 rally called for a $15 billion industry bailout, according to Newsweek.

“Basically everybody forgot the bus industry. We got nothing,” Knof said.

Faced with a $9,000 insurance bill and no work, Knof decided to pull her fleet off the road until work returns. “I am paying comprehensive only. How do you pay this stuff? We don’t have a cent coming in,” Knof said. 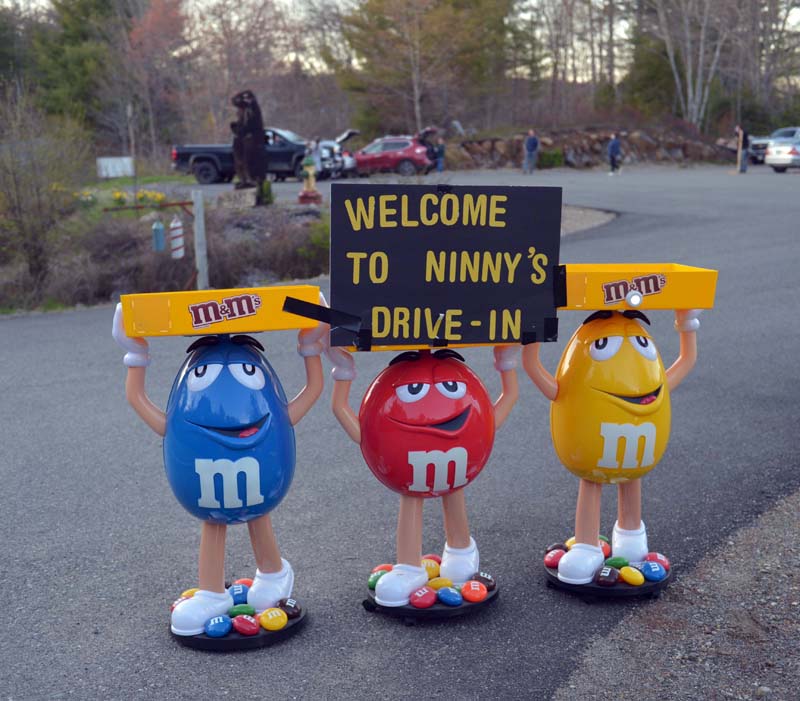 “I am just trying to do anything I can to keep my business going. I have 14 vehicles that have been sitting since March 10. The week before, Colby College called and said ‘We have an emergency. We have to evacuate students immediately.’ That was the last money I had coming in,” Knof said.

Knof hopes schools will open up this fall. Her next scheduled work is transporting students for Colby in September. She worries that Colby and local public schools will not open in the fall. “If the schools do not open, I have no business,” she said.

“By the time I get work, we will be rolling into a nasty winter again. I don’t see any money coming in until next April,” Knof said about the possibility of schools staying closed in the fall.

Knof charges schools for athletic trips by mileage, not for the time drivers sit and wait. “And they get a free cheerleader too,” she said.

Knof started Country Coach Charters 16 years ago. She feels fortunate that she is caught up on all her bills. “This was going to be my best year on the books,” she said.

A preview of a movie plays on the garage door at Country Coach Charters in Nobleboro on Saturday night. (Paula Roberts photo)

She has sold one of her trolleys and has two more up for sale. She is also selling a golf cart with hopes of bringing in some money to help ride out the COVID-19 storm.

Knof said her business received some funds from the federal Payroll Protection Program, which provides wages for her drivers. However, the funds cannot be used to make bus payments.

She is grateful that her husband, Mike, has a full-time job at The Lincoln Home, which provides for their family expenses.

“We are hanging in there as much as we can,” Knof said.