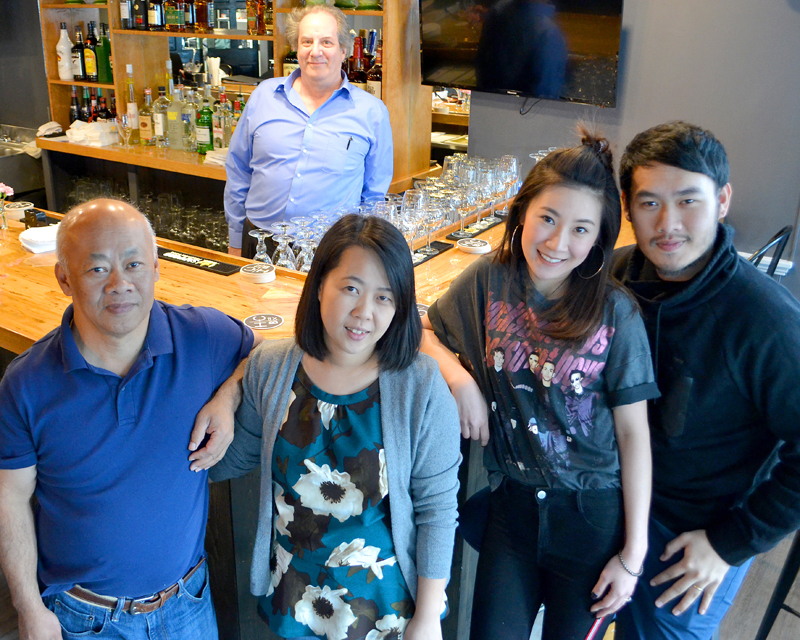 After months of anticipation, O-Cha, a Thai-inspired bar and grill, is open for business at 88 Main St. in Damariscotta.

The restaurant, owned by Pongsakorn “Job” Hanjitsuwan, offers bar and grill standards, such as steak, burgers, and fish, with a Thai influence. Loosely translated, the word O-Cha means delicious, or to have good flavor.

The excitement about the restaurant has been building since Hanjitsuwan announced his plans, according to O-Cha manager Jason Simonds. 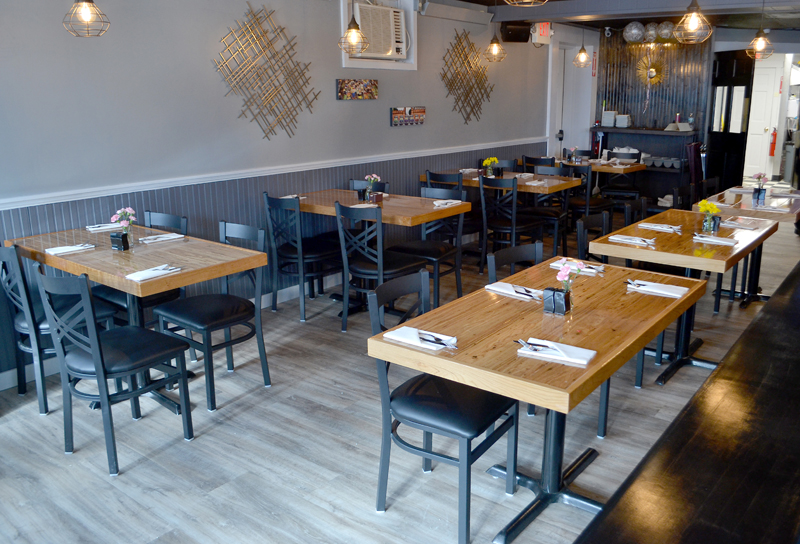 The interior of O-Cha, a Thai-inspired bar and grill at 88 Main St. in Damariscotta. The restaurant had a soft opening in mid-January. (Maia Zewert photo)

“Asian fusion is relatively new to Maine and an entirely new concept for the area. The first reaction was ‘oh, another Thai restaurant,’ but it’s really not. There’s Thai influence, sure, but it’s not a Thai restaurant, it’s a bar and grill,” Simonds said.

Since signing the lease for the space Oct. 1, Hanjitsuwan and his wife, Samatchaya Limvathanalert, along with his family, have worked with contractors to prepare the space for the restaurant’s opening. Hanjitsuwan’s father, Chanint Hanjitsuwan, and sister, Thanyalak Rojpanichkul, opened Best Thai in 2011 in a neighboring space.

Renovations included painting, new flooring, and the addition of a handcrafted bar built by Bruce Plourde and Pete Colby. 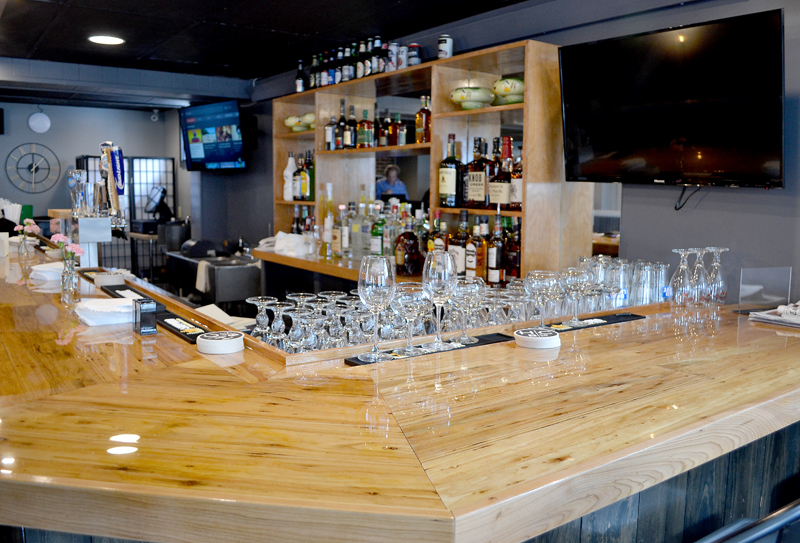 The handcrafted bar built by Bruce Plourde and Pete Colby at O-Cha, a Thai-inspired bar and grill at 88 Main St. in Damariscotta. (Maia Zewert photo)

At the same time, Hanjitsuwan developed the menu of appetizers, entrees, salads, and desserts with input from friends and family. He listed the garlic pork rib bites and Som Tum Tod, a salad with deep-fried shredded papaya, as some of his favorites of the restaurant’s offerings.

O-Cha also has vegetarian and gluten-free items on its menu, with the option to make other choices gluten-free on request.

The restaurant holds special events throughout the week, including karaoke on Tuesday evenings and a daily happy hour from 3-5 p.m., during which customers can order a “Beer & Burger at the Bar” special.

Since the soft opening in mid-January, there has been a bit of a learning curve, Hanjitsuwan said.

“There have been a lot of little challenges here and there, but nothing we haven’t been able to handle,” Simonds said. 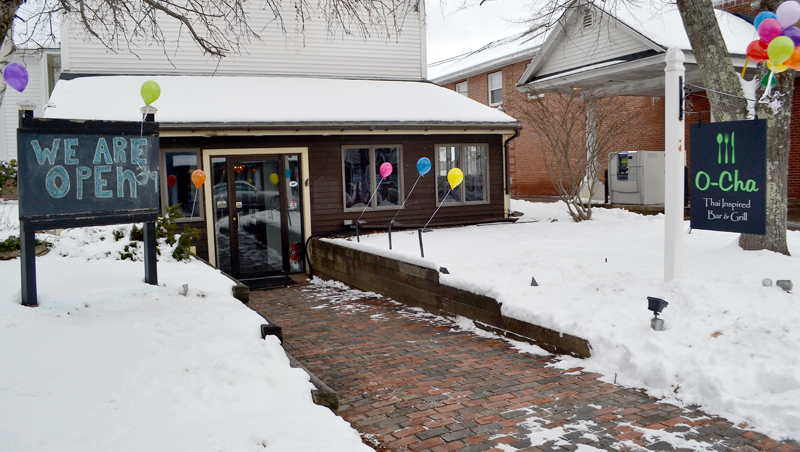 The entrance to O-Cha, the new Thai-inspired bar and grill in the former home of Salt Bay Cafe in downtown Damariscotta. (Maia Zewert photo)

There are still some changes to come, as the menu is fine-tuned and the staff discusses whether to offer lunch. However, for Hanjitsuwan, the creation is his favorite part of the business.

“Everything here – the space, the menu, the look – it’s all a creative expression,” Hanjitsuwan said. “It feels amazing, and I’m very, very happy with how everything turned out.”

O-Cha is open from 3-9 p.m. seven days a week. Reservations are accepted.

For more information about the restaurant, find O-Cha on Facebook or call 563-7788. A website is in development.