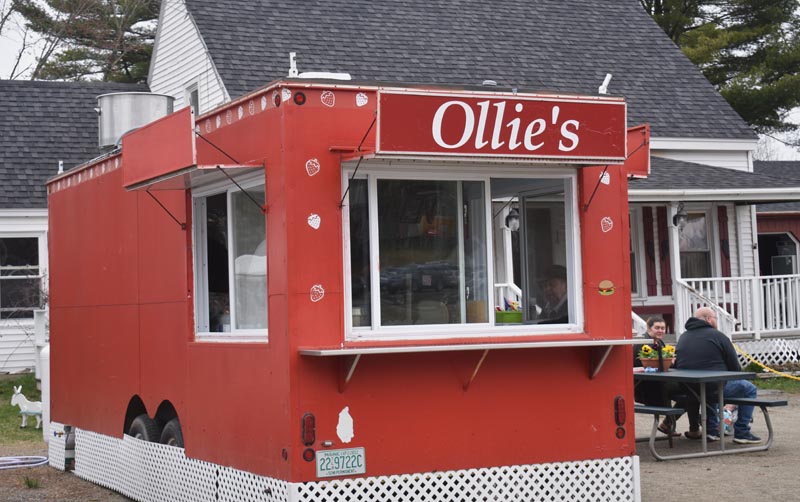 The new Ollie’s food trailer is open for business in Waldoboro as of 11 a.m., Monday, April 22. (Alexander Violo photo)

The new Ollie’s takeout stand at the junction of Route 1 and Route 220 in Waldoboro opened at 11 a.m., Monday, April 22. 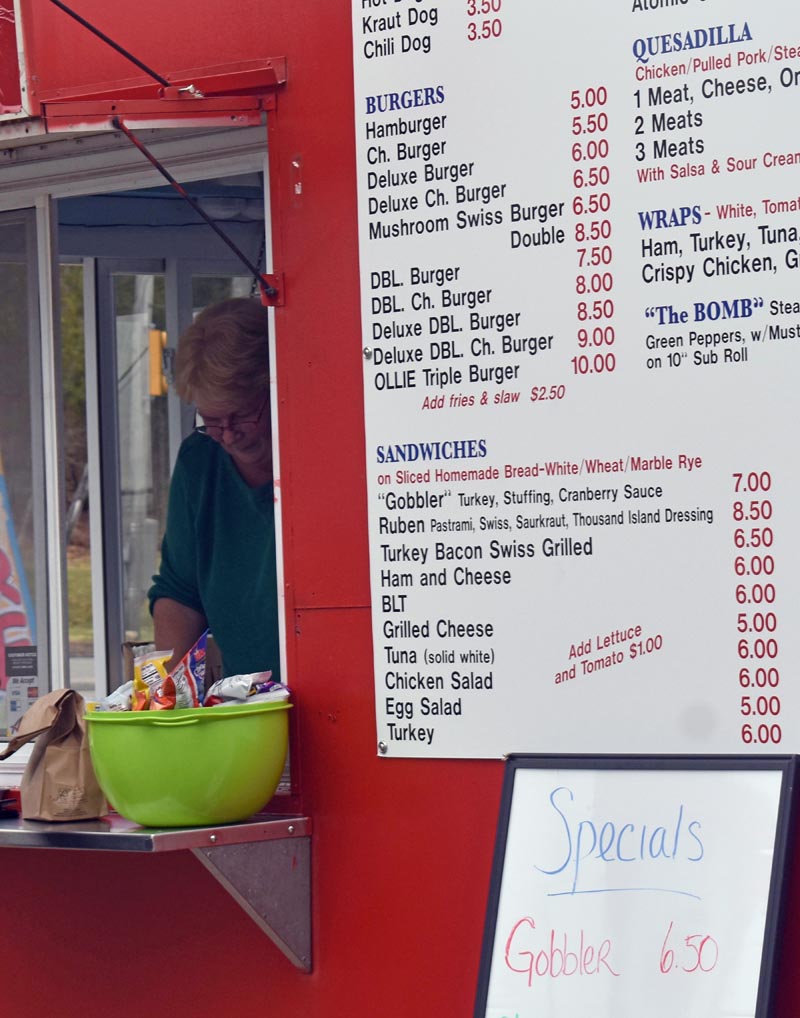 Kendall Black, of Waldoboro, stopped by Ollie’s for hot dogs and a milkshake during the business’s first lunch rush.

“I wanted to try it and it was pretty good,” Black said.

Black thinks the business found a good spot and will do well with its menu.

“They’re at a busy intersection and it’s well marked. Oh yeah, I think they’ll do just fine, from what I see here today,” Black said.

Before Monday’s opening for the Waldoboro takeout stand, Ollie’s Place operated in Jefferson at the current location of Lakeside Diner, 39 Washington Road, from 2010 until July 2014.

The owners, Vickey and Ralph Jones, initially planned to bring the business back to Jefferson, but found a spot in Waldoboro at the former location of Burnham’s Bloomers, a floral shop.

The Waldoboro Planning Board approved a change of use for the location, 14 Washington Road, from retail to restaurant in March.

In addition to outdoor seating, there is a covered area with seating next to the takeout stand.