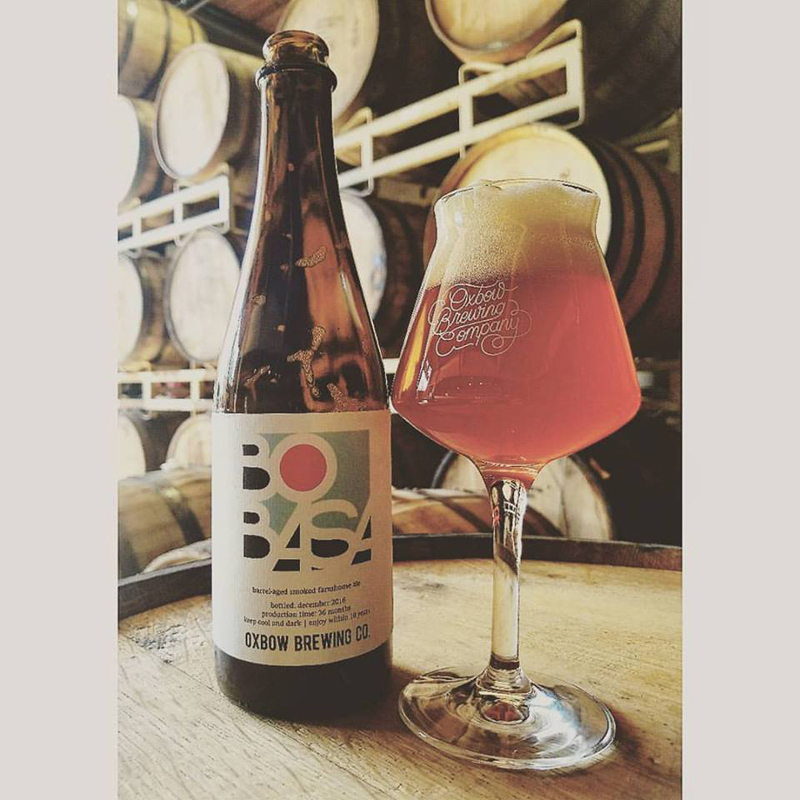 Oxbow Brewing Co. in Newcastle is excited to release Bobasa, its latest barrel-aged bottle. After 36 months in production, this blend of barrel-aged smoked ales is now available at both of Oxbow’s tasting rooms — at the farmhouse brewery in Newcastle and at Oxbow Blending & Bottling in Portland.

Bobasa is created by aging Oxtoberfest, Oxbow’s smoked biere de garde, in white wine barrels with a mix of wild microbes. Oxbow Brewing Co. blends together 2-year-old barrels, 1-year-old barrels, and a portion of the current year’s fresh batch. The blend is then aged for an additional year before it is finally released. The result is a flavor combination that is difficult to find anywhere in the beer world.

“To my knowledge there are not too many barrel-aged smoky sour beers out there, especially ones that take so long to produce,” said head brewer Mike Fava. “This is a very unique beer that embodies Oxbow’s brewing philosophy and creativity.”

In the past, the brewing company has released this beer as Blended Oxtoberfest. However, Oxbow decided to change the name to Bobasa to take away the seasonal connotation, as the company felt this beer is appropriate any time of year.

Bobasa receives the most praise from chefs and is welcomed at any food pairing event because of its intriguing smoky-and-tart flavor profile. Fava suggests trying one’s own food pairing with it. Smoked meats and funky cheeses are natural pairings, as well as fish dishes and mussels.

This year’s Oxtoberfest is also now available on draft at both Oxbow tasting rooms. The smoked farmhouse ale, brewed with German malts, is a customer favorite.