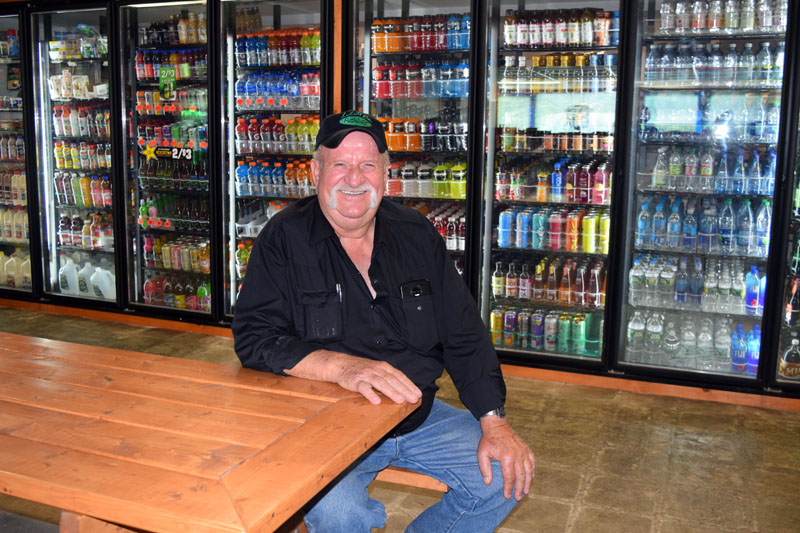 “It all started with a hobby,” Forest E. Peaslee said of Peaslee’s Quick Stop, his convenience store in Jefferson. Now, the store is celebrating its 25th anniversary.

The store will mark the occasion with a two-day customer appreciation event. Festivities will take place from 10 a.m. to 5 p.m., Saturday and Sunday, July 14 and 15. Both days will have giveaways, games, vendors, free ice cream, and shows.

The event will feature two monster truck shows each day. Visitors will have a chance to ride the Jefferson-based monster truck Crushstation, also known as “The Monstah Lobstah” for its resemblance to a giant lobster. Spectators should bring their own chairs to the shows.

Race car drivers Jamie and Joey Peaslee and Darren Ripley will be at the event with their cars, which race in the Wiscasset Speedway Pro Stock series.

From now until the first day of the event, when anyone spends $25 or more at the store, their name will go into a drawing to win prizes, including Boston Red Sox tickets, gift certificates for the car wash and for gas, and gift baskets from Coke and Monster Energy.

The store will give out prizes every 30 minutes throughout the two-day event. Anyone who qualifies for a prize must be present to win.

The anniversary celebration will take place at the store on Route 17 in Jefferson. The property will be reorganized for parking and the shows.

Peaslee expects a big turnout. He predicted that more than 5,000 people will stop in over the two days, and hundreds of prizes will be distributed. 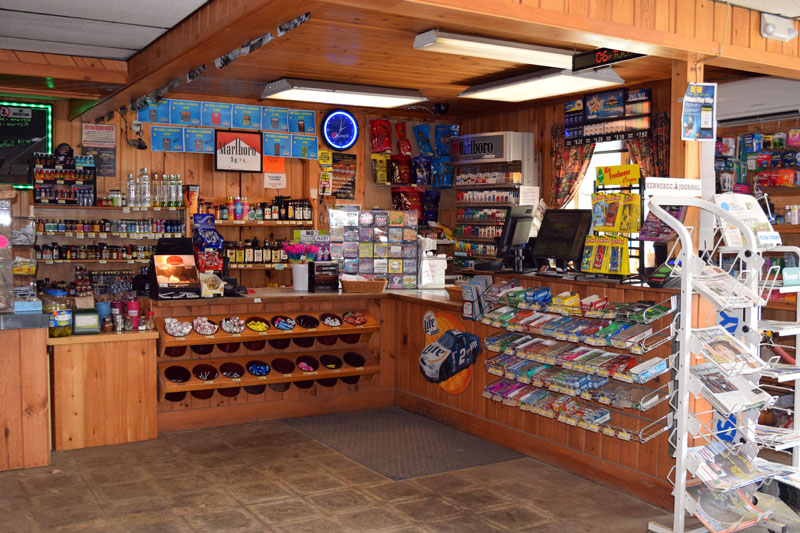 “It’ll probably be the busiest this place has ever been,” he said.

During the two days of the celebration, the store will donate 5 cents from every gallon of gas sold to the Jefferson Area Food Pantry.

The store is one of four businesses on the property, all owned by Peaslee. He also has LLP Transport, a trucking company; F.E. Peaslee, an auto service garage; and Peaslee’s Vehicles and Equipment, which buys and sells equipment. Altogether, Peaslee’s business empire is 55 years old.

Twenty-five years ago, someone suggested to Peaslee that he should open a convenience store in Jefferson. He took up the suggestion and built a store down the road from the current location. The original store was 25 feet by 25 feet.

“It started as a hub, but it grew into a major business,” Peaslee said. “It’s actually almost as big as the trucking company.”

The new store is 85 feet by 75 feet and growing. Peaslee’s Quick Stop has 14 employees, while the four businesses combined have about 60.

In the future, Peaslee wants to modernize the store, make it more customer-friendly, and “bring something into the community that’s not here right now,” he said.

The store has 17 coolers and is in the process of installing a three-tier conveyor-belt pizza oven and fryolators.

Peaslee also wants to add to the store’s deli section by selling buffalo meat, which will come from his nearby game farm.

Peaslee credited his wife, Linda Peaslee, as a big reason for his being in business for so long. He also cited the importance of his employees, the community, and his loyal customers, saying, “they can make you or break you.”

Peaslee’s Quick Stop is at 545 Rockland Road in Jefferson.