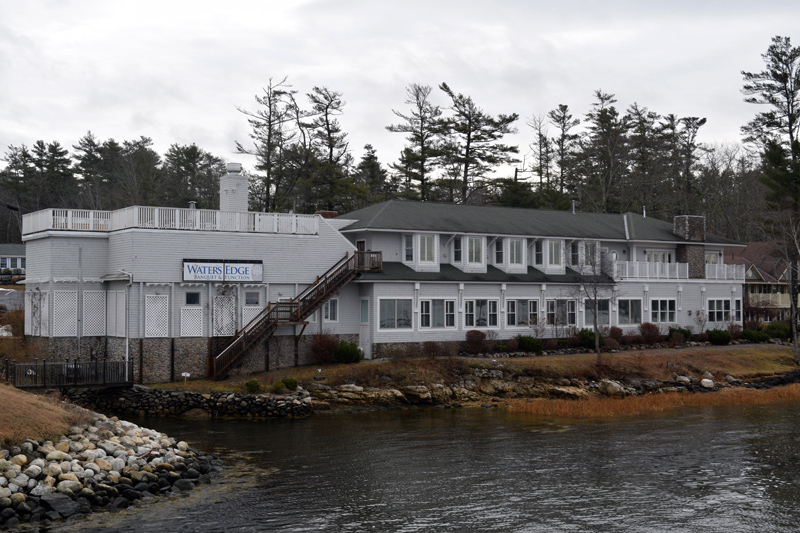 A Portland chef and restaurateur plans to close on the Water’s Edge Banquet & Function Facility, on Davis Island in Edgecomb, by the end of the year. He hopes to open a restaurant there in mid-April. (Jessica Clifford photo)

A chef and proprietor of three restaurants plans to reincarnate the Water’s Edge Banquet & Function Facility, on Davis Island in Edgecomb, as a restaurant, which he hopes to open in mid-April.

He has a contract in place to buy the Water’s Edge building and hopes to close at the end of the month. Renovations would begin in January.

Scott Larson owns the building. Turin learned of its availability from a broker he knows. The function facility has events scheduled into 2020.

While Turin has yet to make a final decision, he thinks he will name the restaurant David’s Water’s Edge.

“I want to bring it back a couple of incarnations and put it back into restaurant service,” he said. “It’s been out of restaurant service and used really only for private events for the last couple years, and has been underutilized.”

Turin thinks the new restaurant would be open year-round and have a menu similar to David’s Restaurant in Portland, while likely being a little more seafood-oriented. He hopes to have a raw bar.

The building will have dining on the first floor and a rooftop deck, while the second floor will continue to be available for special events. Turin will add an elevator chair for accessibility.

“I think I would like to return the dining room footprint pretty much back to what it was, put the bar back. It wouldn’t be exactly the same, but same idea,” he said.

“Mostly it’s just getting the kitchen reopened,” he said. “Ultimately I’d like to put in a wood-burning oven.” 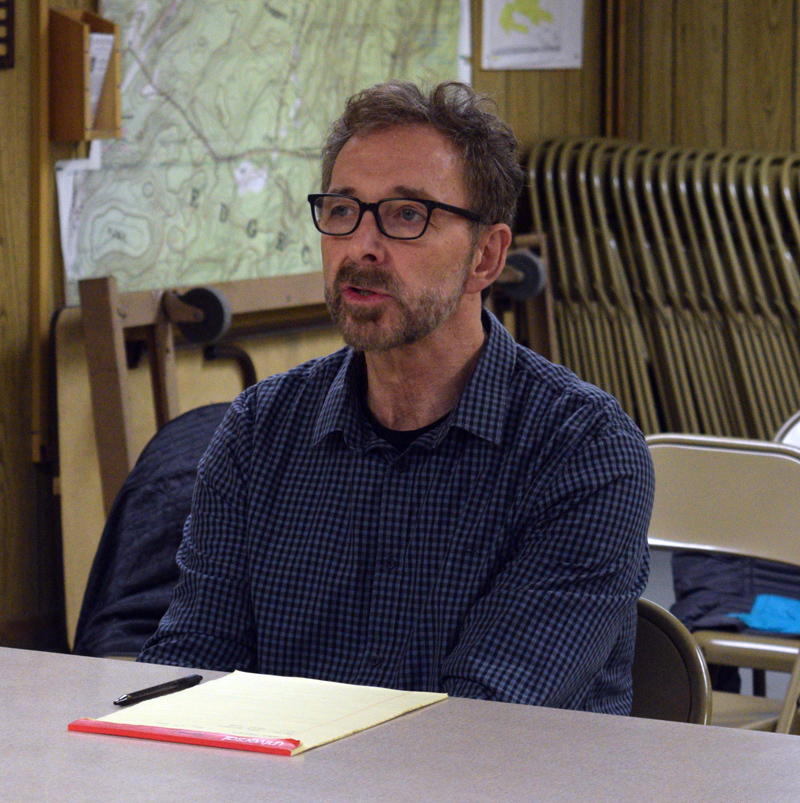 David Turin meets with the Edgecomb Planning Board in the basement of the town hall Thursday, Dec. 5. A chef and proprietor of three restaurants, Turin plans to buy the Water’s Edge Banquet & Function Facility, on Davis Island, and open another. (Jessica Clifford photo)

Turin has met with Edgecomb Fire Chief Roy Potter a couple times. The Maine State Fire Marshal’s Office walked the property and came to an agreement with Turin around his plans for the rooftop deck.

Initially, Turin wanted to add a small patio or deck for dining along the shore, with a door leading out to it.

However, the building is already legally nonconforming. This means it preexists current shoreland zoning regulations, so it is grandfathered in its present state, but it does not meet those regulations and cannot be made any more nonconforming.

“I don’t think my decision to go there is contingent upon us getting that outdoor seating,” Turin said.

Turin expects the restaurant to have 30 year-round employees and many more seasonal employees.

He does not yet know the seating capacity for the restaurant, but says the dining room and bar could seat 112-120 on the first floor and possibly another 40-50 on the deck.

Although Turin does not have to submit an application for the project because it does not involve a change of use or exterior renovations, the board expressed concern about parking.

According to the town’s land use ordinance, a restaurant must have one parking spot for every two seats and one for each employee. At the time of the meeting, Turin was unsure of the number of existing parking spaces.

“That really comes down to a math problem. We have a regulation and you have to meet it,” board member David Nutt said of the parking spaces.

The Water’s Edge building was once home to the Muddy Rudder, Bintliff’s Ocean Grille, and Davis Island Grille.

Turin has owned and operated restaurants for nearly 35 years. The Maine Restaurant Association honored him as Maine’s Chef of the Year in 2012.

His restaurants are “known for imaginative flavor combinations showcasing fresh, quality ingredients with an eye to the season,” according to their website.