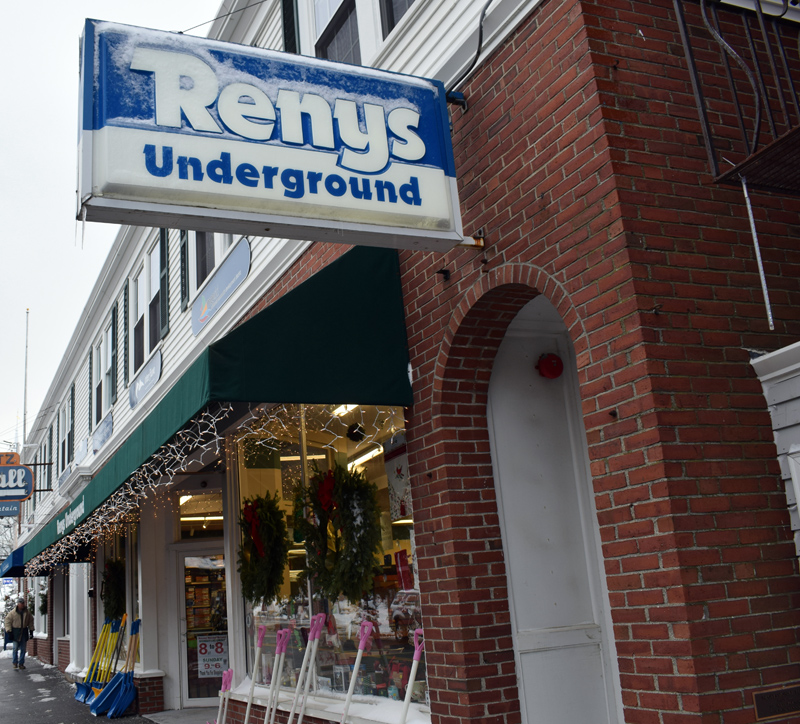 John Reny accepted the award during the final presentation of the nonprofit’s annual awards ceremony, in front of 160 attendees, at the Portland Country Club in Falmouth on Wednesday, Nov. 20.

John Reny said in a phone interview that it was an honor to receive the prestigious statewide award. He said stores in downtowns and historic buildings have been part of Renys’ successful formula for a long time.

“We’ve kind of been in downtowns and old buildings for a long, long time, and it’s nice to see the downtowns come back,” John Reny said.

Renys received the award for “70 years of steadfast interest and leadership in retaining and improving the viability of Maine’s downtowns and its leadership in employing multiple historic buildings to house its high-quality, low-cost approach to retailing,” according to a Maine Preservation news release.

When other businesses abandoned downtowns for malls and strip developments, Renys stayed put.

Renys uses its downtown locations as part of its marketing strategy and the stores “add to a town center’s vitality and economy,” Greg Paxton, executive director of Maine Preservation, said in the news release.

The strategy has impacts beyond Maine’s historic villages.

“As global warming increases, the pedestrian friendly and oriented businesses located in downtowns, where we give our cars a rest and use our feet, are more important than ever,” Paxton said in the release.

The nonprofit noted Mary Kate Reny’s longtime volunteer service on the Maine Downtown Center Advisory Council as another consideration in the award.

Historic buildings, particularly in downtown districts, have been a theme of Renys since the late R.H. Reny, John Reny’s father, opened the first store in downtown Damariscotta 70 years ago, in October 1949.

Renys now has 17 stores. Of the 17, 11 are in downtowns, housed in 13 historic buildings. The company donated a Biddeford building, the former location of a store, to Engine, a nonprofit with a mission to “connect and inspire” the community “through art, design, and education.”

Renys has applied for and received stackable federal and state historic preservation tax credits to help pay for renovations to two of its stores so far, Mary Kate Reny said in a phone interview. 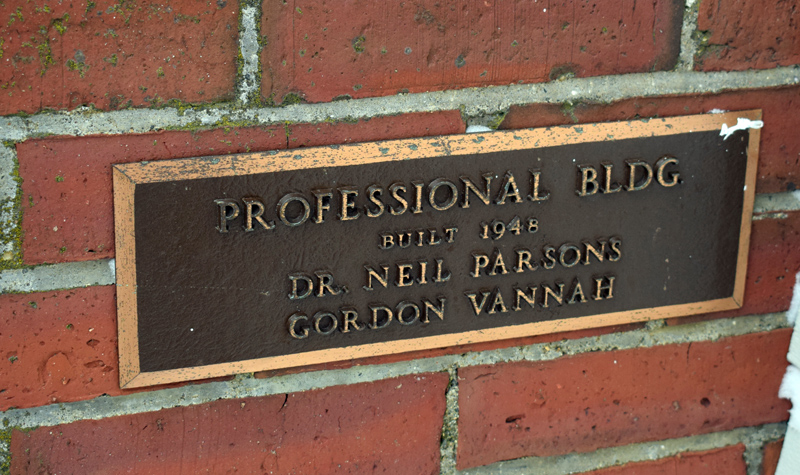 A plaque on the side of the Damariscotta Professional Building, which houses Renys Underground, says it was built in 1948. (Evan Houk photo)

She said the credits do not cover the entire cost to rehabilitate and update a historic building, but provide an incentive for property owners.

Over the last 10 years, the store in downtown Farmington and the Renys Underground store in downtown Damariscotta have been outfitted with modern sprinkler systems, elevators, and handicapped-accessible entrances as part of the renovations.

“We want our older customers and our moms with strollers to be able to get into our store and we recognize how hard that can be sometimes,” Mary Kate Reny said.

Renys is in the process of purchasing the historic building that houses its store at 86 Front St. in Bath. Mary Kate Reny said renovations are expected to begin sometime next year.

Renys has two stores in the historic district of downtown Damariscotta.

The building home to the original store, at 116 Main St., dates to 1880. Before Renys, the building housed an A&P Supermarket on the first floor and a hat store on the second floor.

In 1969, R.H. Reny needed a place to sell merchandise he had purchased from a fire sale at a J.J. Newberry’s five-and-dime store in Houlton.

“They had a fire, they put it out. Everything was wet. We took it all into our Quonset huts, which aren’t there anymore, and set it up like a Chinese laundry to dry everything out,” John Reny said.

Renys opened a new location in the basement of 163 Main St., the Damariscotta Professional Building.

The basement of the 1948 building had held a bowling alley and then a pool hall with a lunch counter, but had been empty for years when R.H. Reny decided to rent it, John Reny said.

The store eventually expanded onto the ground floor, but is still called Renys Underground.

Now the original store sells only clothing and Renys Underground, across the street, has “everything else,” as the Renys website puts it.