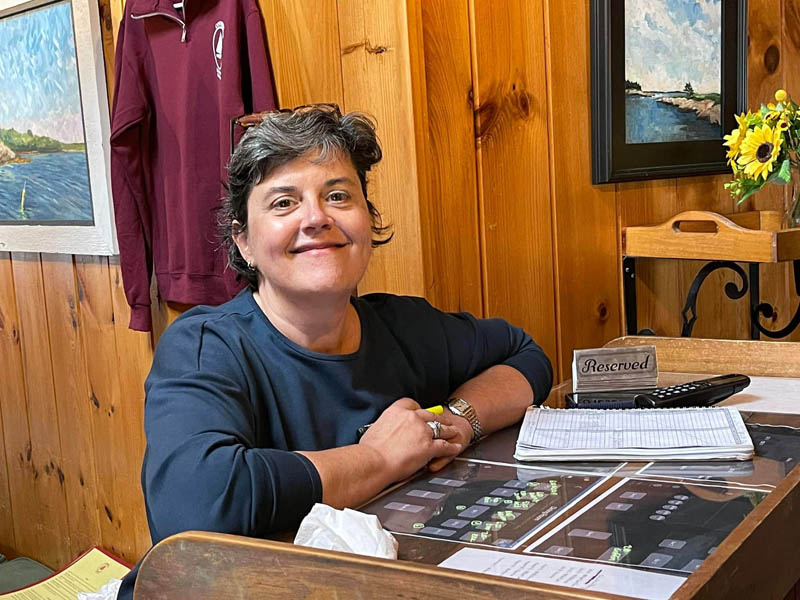 Coveside Restaurant and Marina owner Lynette McGowan is happily sharing the credit for a good night at her South Bristol business with the team behind King Eider’s Pub in Damariscotta. 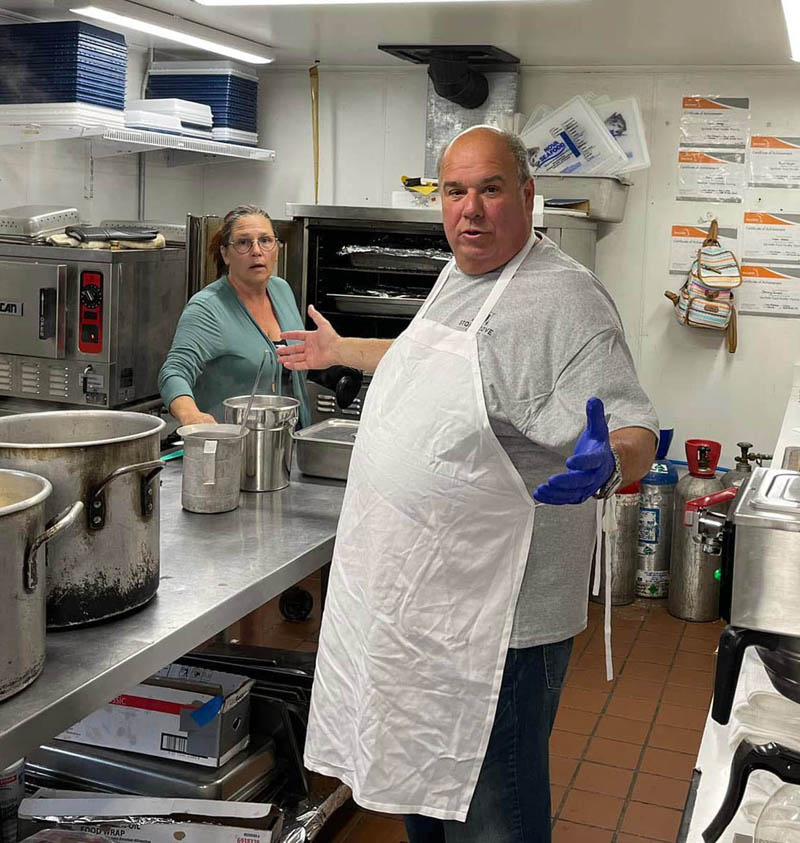 When a hood fan malfunctioned over the stove in her kitchen early in the afternoon of Tuesday, July 5, McGowan made the necessary decision to remain closed until the problem was fixed. She called some staff members and told them not to come in, and then started calling the scheduled reservations for the evening.

As it happened, the first people on the reservation list, and the first McGowan called, were Todd and Sarah Maurer, co-owners of King Eider’s. Once he learned of the problem, Todd Maurer offered to come see what he could do.

“Todd said ‘let me come right down,’” McGowan said. “He calls Jed (Weiss, Eider’s co-owner) who’s out on Bremen Long Island. They both come rushing down here. Turns out it was a pretty easy fix, but I couldn’t have done it.”

McGowan does have a professional relationship with King Eider’s, where she has worked seasonally for the last 12 years. She is currently on hiatus there and plans to rejoin the staff after Coveside closes for the season around Labor Day.

The hood fan was operational before 5 p.m. With the fan working and most of kitchen staff still onsite, Todd Maurer suggested McGowan open her doors. McGowan said she only had one waitperson on site, had already told the rest of front of the house staff not to come in, and canceled her reservations for the evening. Maurer, however, was encouraging.

“He said ‘let’s open it up. Call everybody back. Tell them you’re open,’” McGowan said.

Discovering the bulk of Coveside’s kitchen towels were still at the laundromat, Todd Maurer called Sarah and asked her to bring some from King Eider’s. When Sarah Maurer arrived, she quickly stepped in to help, seating customers and attending to various hosting duties.

Todd Maurer assisted in the kitchen. Weiss tended bar and served drinks throughout the evening rush.

“We ended up being far busier than we expected,” McGowan said. “Because of them I was able to have a pretty successful night. It was insane. This is also on top of this technically being their day off. They were out doing whatever, but being the amazing people they are they encouraged me to open up and jumped right in.”

Weiss said he and the Maurers were happy to help and pleased Coveside enjoyed a good night overall.

“It was a good steady flow,” Weiss said. “The dining room was pretty full, which is always nice to see.” 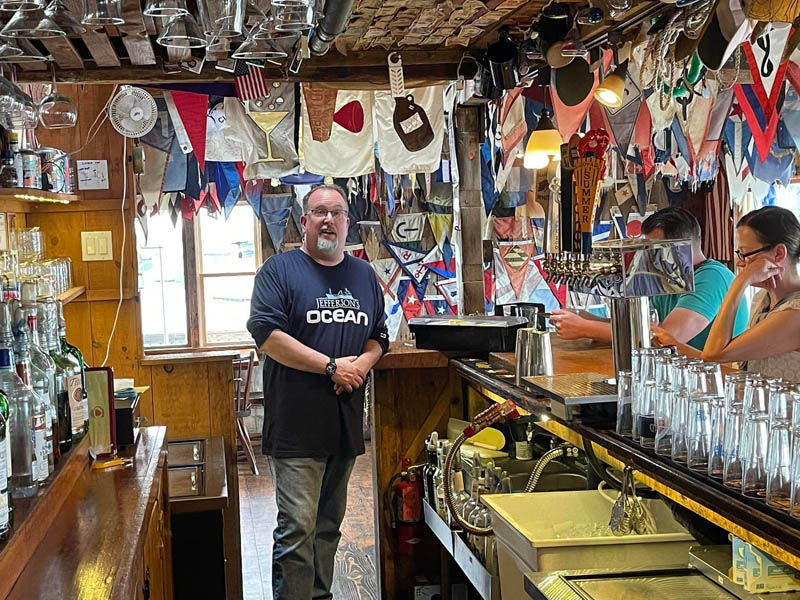 Weiss said he had no problems interrupting a day off to help out a friend. In fact he was helping another friend move furniture on Bremen Long Island when he got the call from his brother-in-law.

“We were just doing what this little town does,” he said.

Not only did the Maurers and Weiss volunteer their labor, all three paid for their own food.

“I tried to comp them and they wouldn’t hear of it,” McGowan said. “They paid for it. I told them not to, but they did.”

Telling the story last week, McGowan noted the Maurers and Weiss acted on their own initiative, interrupting their one day off, and in point of fact, assisting a competitor.

“I was literally calling Todd to say I am canceling your reservation for tonight,” McGowan said. “If they hadn’t made a reservation, they never would have known about it.”

“We were helping a friend,” Weiss said. “That what this community is all about.”