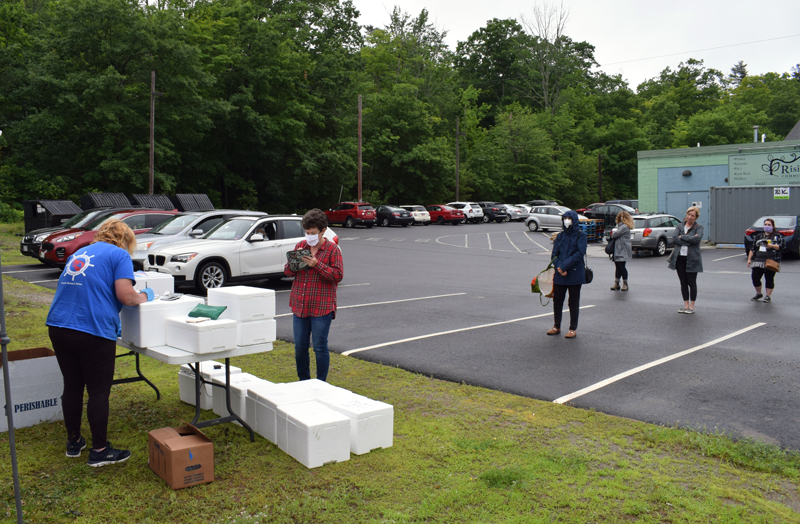 A new, weekly fish market at Rising Tide Co-op in Damariscotta is filling a void for both fishermen, who have seen seafood sales plummet, and shoppers, after the closure of a downtown seafood market.

Rising Tide held its first fish market Monday, June 29. The market will take place on the lawn from 3-6 p.m. every Monday.

On its first day, the market hosted two vendors, both from South Bristol – the South Bristol Fisherman’s Co-op and John’s River Oysters. Both vendors accepted cash, checks, and credit cards.

Shannon Bailey, an employee of Rising Tide who organized the market, said she conceived of the idea before restaurants started reopening to help local fishermen who were suffering from lack of sales to restaurants.

When restaurants began ramping back up, she decided to press ahead with the idea and invited the two vendors. The fish market replaces a farmers market that had been held in the same space at the same time.

“I didn’t want to bring on too many people to start because we weren’t sure how it was going to go,” Bailey said in a phone interview Tuesday, June 30. She said the initial market went well. 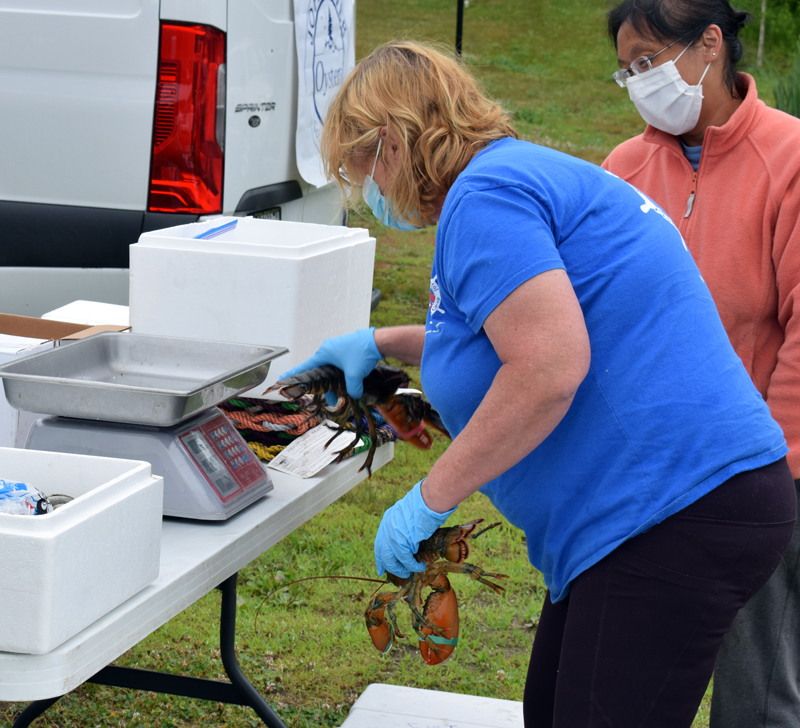 Bailey said the fish market is a good way to offer fresh seafood to customers since Rising Tide only stocks frozen local fish.

At the market, the South Bristol Fisherman’s Co-op had hard and soft shell lobsters, clams, haddock, oysters, mussels, and more.

Hughes said the first day went well. There was a line at the co-op’s stand for almost the entirety of the three-hour market, even in the midst of intermittent rain.

“What was surprising was a lot of people wanted fresh fish,” Hughes said.

She said she plans to bring back three or four varieties of fresh fish to next week’s market to meet the demand of customers, who were mostly new faces. 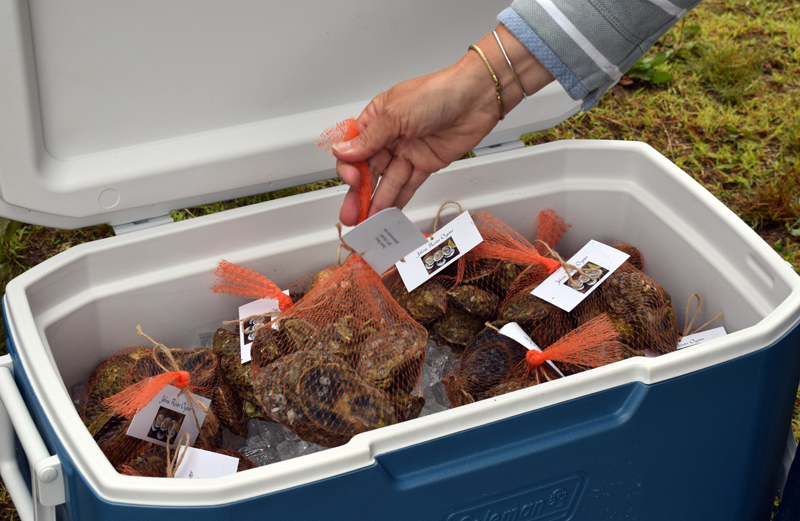 Merrillee Cheney, of John’s River Oysters, displays some of the company’s wares at the first fish market outside Rising Tide Co-op in Damariscotta on Monday, June 29. (Evan Houk photo)

Hughes said the South Bristol Fisherman’s Co-op has been cooking lobsters for Rising Tide for the store’s ready-made “shore dinners” and recently received the invite from Bailey to be part of the new venture.

Hughes said that when the coronavirus emergency began in mid-March, “everything slowed down.” But now, she said, things seem to be picking back up and the co-op is doing more business through curbside pickup. The co-op is at 35 Thompson Inn Road, on the tip of the South Bristol peninsula.

Hughes said that location is open from 8 a.m. to 6 p.m. seven days a week. She said the co-op will begin offering shore dinners, since they have been popular in the past. She invited people to visit the co-op and enjoy the view with their fresh seafood.

John’s River Oysters was selling oysters for $1 apiece or $11 for a dozen.

Merrillee Cheney, of John’s River Oysters, said she saw the fish market as a good opportunity to get out and sell more oysters.

She said the company was hit hard by the coronavirus when restaurants shut down, since that is where most John’s River oysters go. 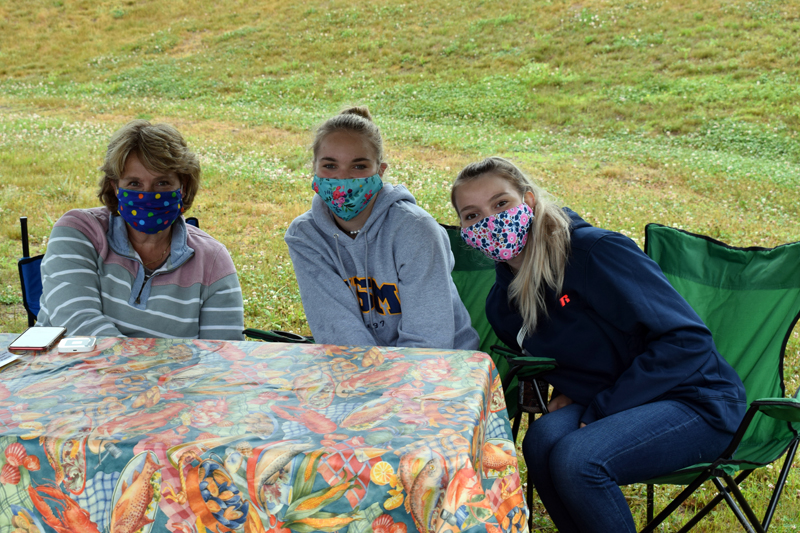 However, she said now that restaurants are opening back up in Portland, business is beginning to pick back up.

One visitor to the fish market, Rebecca Schumacher, said she was grateful to have access to fresh fish in town again after the Fisherman’s Catch Seafood Market in downtown Damariscotta closed last winter.

Bailey, of Rising Tide, also acknowledged that she would not have set up the fish market if the Fisherman’s Catch was still open.

Any vendors interested in joining the fish market can call Bailey at Rising Tide at 563-5556 or email shannon.b@risingtide.coop.