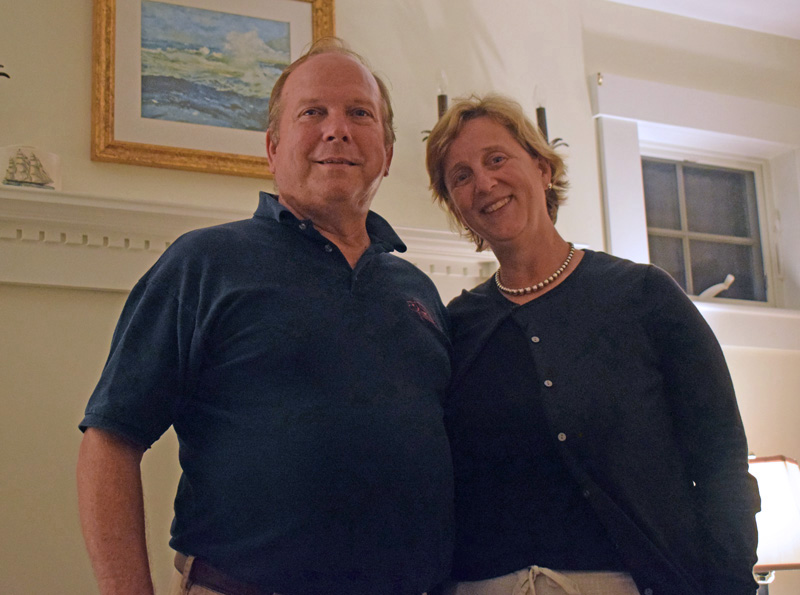 Owners of the Harbor View House in Round Pond, James “Jim” and Sarah Matel, stand inside the hearth of the common area during an open house on Sept. 26. (Evan Houk photo)

The Inn at Round Pond has new owners and a new name, the Harbor View House, that pays homage to the original incarnation of the structure when it was first opened to vacationers and workers in the early 1900s.

Owners James “Jim” Matel and Sarah Stevenson Matel, who also own Round Pond Coffee next door, hosted an open house for the community on Sunday, Sept. 26, that was attended by more than 50 people.

“We had a great turnout. There was a lot of pent-up demand for people to see the inside,” Jim Matel said. 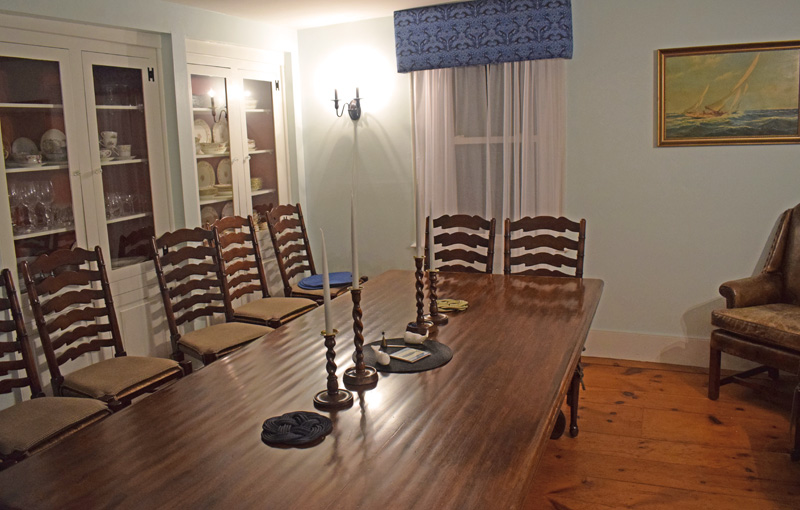 The dining room at the Harbor View House in Round Pond. Most of the furniture and decorations are recent additions from new owners Jim and Sarah Matel, who turned the former Round Pond Inn into a full-house rental for families and large parties. (Evan Houk photo)

The couple purchased the building at the end of March and worked on refurnishing and redecorating the interior before opening to guests on July 7.

Stevenson Matel said that the building was practically empty when purchased, which afforded her the opportunity to use the house as a blank slate and create different subtle themes in each of the home’s many rooms. She has also added her collection of antique books and Maine fiction novels.

“We wanted to create a space where people can truly relax,” Stevenson Matel said.

The house is stocked with everything a party might need on vacation, even down to the salt and pepper and spice rack. There are also several board games, a wiffle ball set, and other fun amenities for kids. 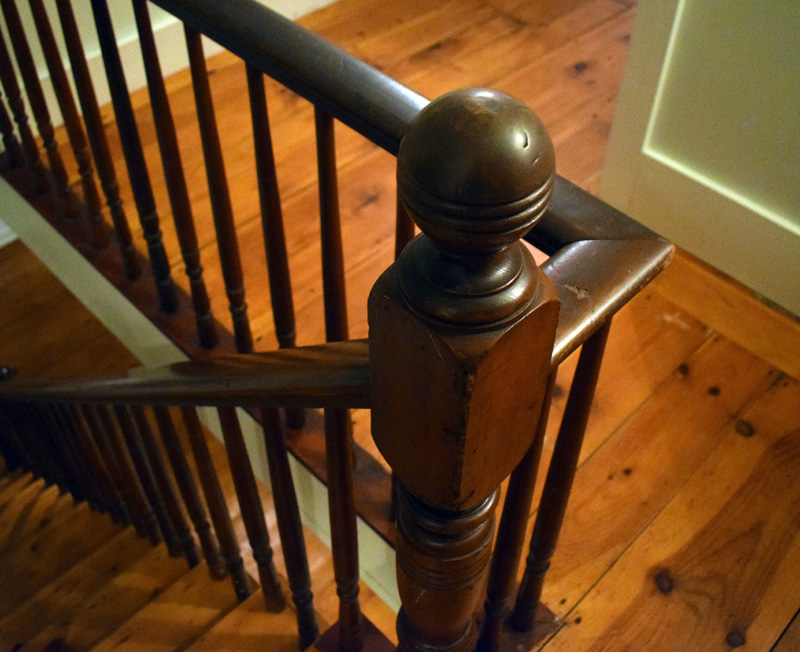 Co-owner of the Harbor View House in Round Pond, Sarah Matel, said the banisters in the 1830s building are original. She said her husband, Jim often muses about how many hands have touched the banister over the years. (Evan Houk photo)

“We want it to feel like home,” Jim Matel added.

The house can comfortably fit 12 people and has seven bedrooms and 5.5 bathrooms.

Stevenson Matel thanked the generous talents of many people in Round Pond Village who helped prepare the Harbor View House for its first successful season, which was fully booked.

The Harbor View House was built in the 1830s and converted into a bed and breakfast in the early 1900s. It was run as The Inn at Round Pond by Bill and Sue Morton for the past 18 years. 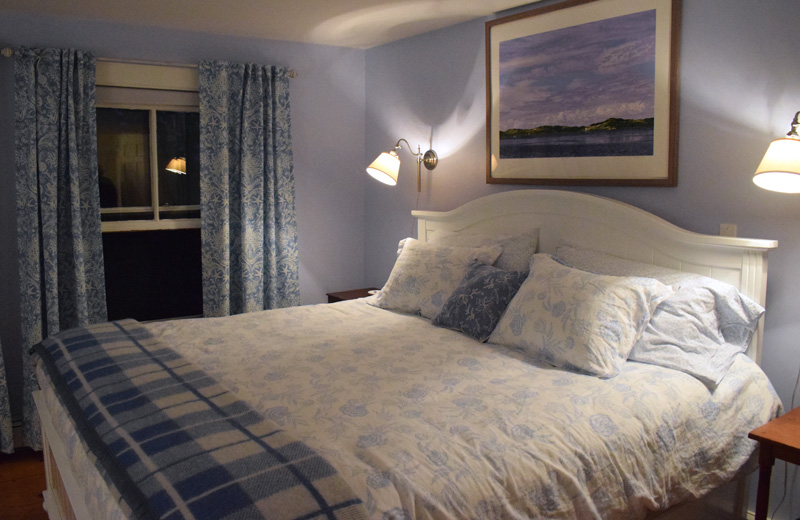 A bedroom at the Harbor View House in Round Pond. Co-owner Sarah Matel said she worked to give each room a very subtle theme with bedspreads, artwork, curtains, and other touches. (Evan Houk photo)

Stevenson Matel said she and her husband are proud to restore the Harbor View House and honor its rich tradition by restoring the name and decorating with antique photographs throughout the house.

The couple was even able to restore the design for the letterhead of the original Harbor View House, complete with a quote dated to circa 1915 that sums up the unique charm of village of Round Pond:

“Of the many bays and harbors which indent the coast of Maine, none are more beautiful or more favorably situated than Round Pond Harbor and none can offer greater attractions to delight the summer tourist.”