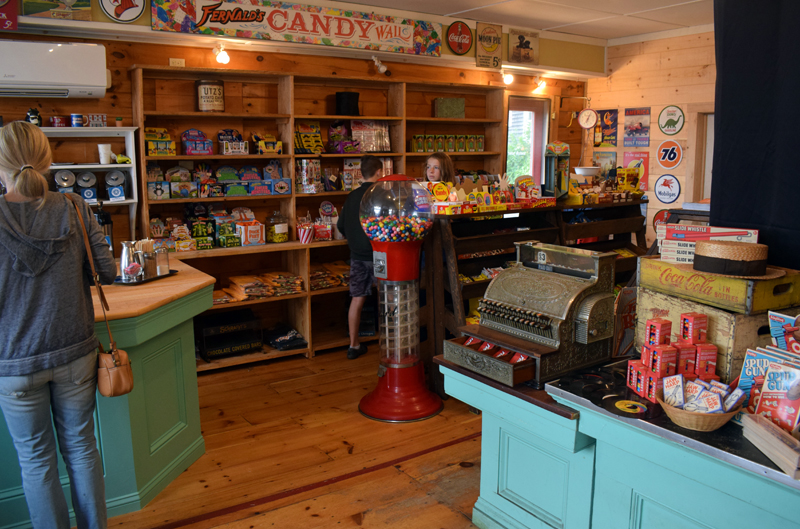 After 15 months of offering strictly window service due to the COVID-19 pandemic, Damariscotta’s S. Fernald’s Country Store reopened to visitors with a new streamlined look on Tuesday, June 22.

Owners Sumner “Ricky” Richards IV and Moira Rose “Rosie” Richards said that Tuesday was the busiest day since 2019 for the food service window and was a “steady soft opening” for the store.

The country store closed early for the soft opening after the busy day, but hours for the store will be 10 a.m. to 5 p.m., Tuesday-Saturday going forward.

“We want to get back to the merchandise, the vibe, and being a community center,” Sumner Richards said. 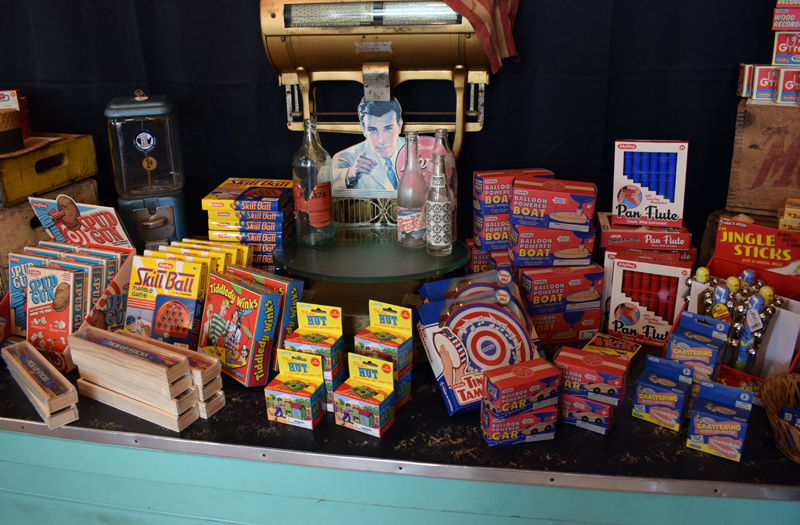 S. Fernald’s closed completely from May 30 to June 8 to complete renovations on the interior of the building, which sits on the north side of Main Street near the Damariscotta-Newcastle bridge.

Sumner Richards and some friends completed all the carpentry work themselves, installing a new coffee bar, new wooden wall, and wooden shelves. He said that the new setup makes things easier and more streamlined, especially for new customers who are not familiar with the store.

“We wanted to come back smarter,” Sumner Richards said. 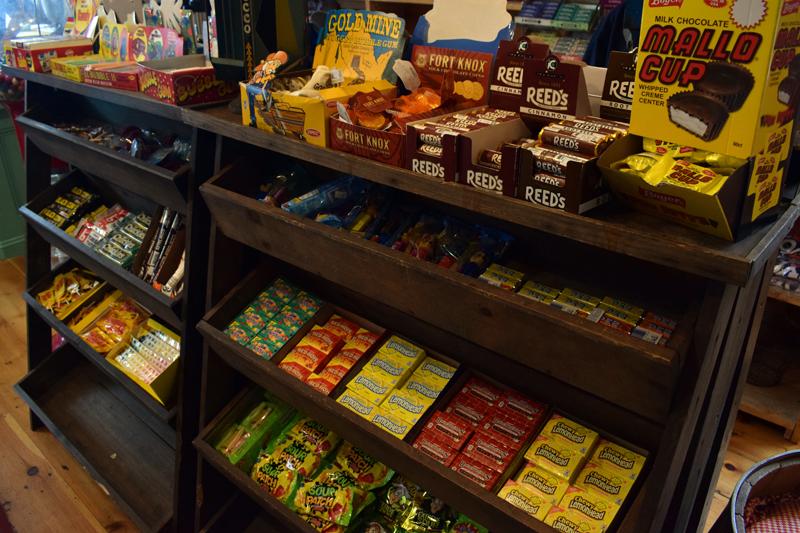 S. Fernald’s Country Store in Damariscotta reopened to walk-in traffic on Tuesday, June 22 and is once again offering a vast array of candy, novelty toys, and more. (Evan Houk photo)

Now, the store sits inside the front door of the building and the walk-up window for sandwich service is on the opposite side of the building, where the owners tentatively plan to open a new dining area in September.

There is outdoor seating available for diners in the front and side of the building.

Sumner Richards said the store’s inventory is being steadily restocked with the lovable knick-knacks, novelty items, and candy it is known for. 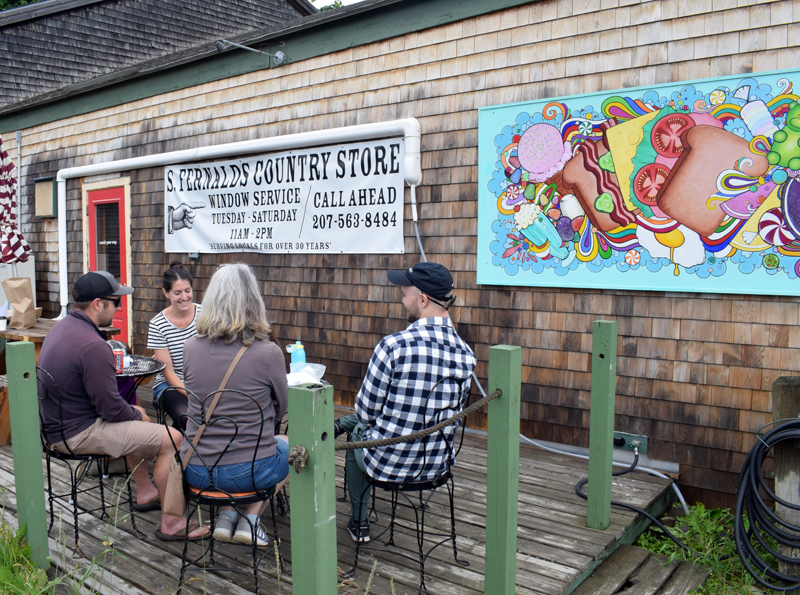 Diners enjoy a meal outside of S. Fernald’s Country Store in Damariscotta on Friday, June 25. The store reopened to walk-in traffic on Tuesday, June 22, and sandwiches will continue to be available by window service on the opposite end of the building. (Evan Houk photo)

Sumner Richards said the silver lining of the pandemic is that it has allowed for some changes and expansion that the owners already had in mind.

He said the store is now in its 31st year and third location and has gone through changes about every 10 years since first opening in a different Damariscotta storefront farther down Main Street. Fernald’s then moved to downtown Waldoboro after 10 years and returned to Damariscotta to its current location in 2010.

Window service for sandwiches will be open from 10 a.m. to 2:30 p.m., Tuesday-Saturday.