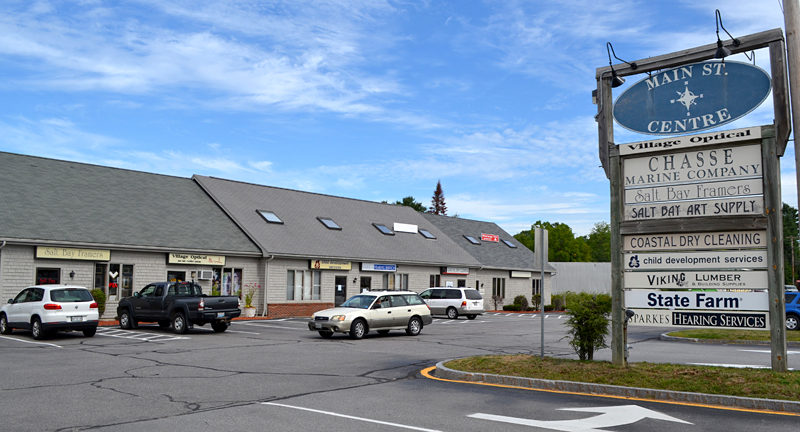 Main St. Centre has been home to Salt Bay Framers since the business opened in 2001. (Maia Zewert photo) 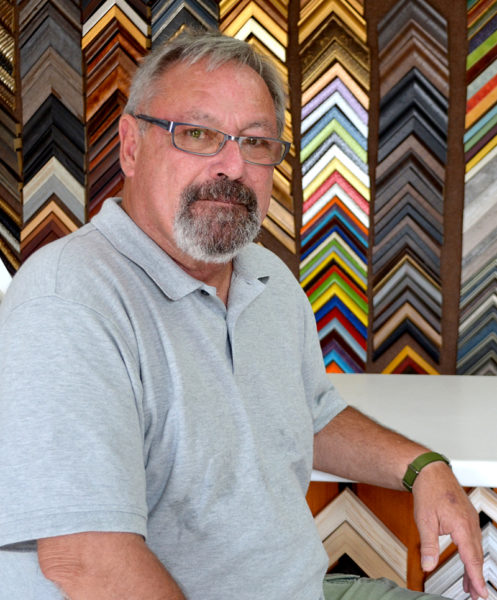 After 15 years of owning Salt Bay Framers, Brad Perry is looking for someone to purchase the Damariscotta business.

Perry, of Chamberlain, is the owner and president of Salt Bay Framers, at 462 Main St. in Damariscotta. The business occupies a storefront in Main Street Centre, across from Hannaford Supermarket, and has been located in the plaza since opening in 2001.

Perry originally got into the framing business after working as a photographer for a number of years.

“I wanted to stay involved in the arts, and this was the perfect way to do that,” he said.

Perry worked at the Old Maine Art Shop in Newcastle prior to starting Salt Bay Framers with a partner. After a few years, Perry bought out his partner and ran the business by himself.

“We knew there was a need for this here,” Perry said. “We have a pretty upscale clientele, from the people here in the summer to the people who have retired here. They appreciate good, custom framing work.”

Perry works with customers to determine how best to present the item that is being framed, he said.

Perry has seen some unique and memorable requests come into the shop over the years, including framing an axe, military memorabilia, antique bathing suits, and sailor’s valentines, which are antique souvenirs made from seashells.

“We’ve done a little bit of everything,” Perry said.

The business is a “two-person operation,” Perry said. His wife, Diane, was an elementary school teacher before retiring and joining Salt Bay Framers as the vice president. Perry said Diane handles most of the framing of fabric pieces, including needlework and cross-stitch pieces.

Perry put Salt Bay Framers on the market when he decided he was ready to do something new. The Perrys recently decided to move to the Hancock County town of Mariaville to be closer to their grandchildren.

Perry said the ideal person to take over the business would have an arts background and knowledge of design, color, and proportions. He hopes to find a buyer for the business by May 2017.

“They can step right into the business that’s operating,” Perry said. “I would leave everything as is, and I’d be willing to train the right person too.”

Perry intends to stay busy after his semi-retirement through volunteering and getting back into photography. He said his wife hopes to continue as a substitute teacher.

Perry said it will be hard to say goodbye to the business and the area he and his wife have lived in since 1994.

“I’ve really enjoyed meeting such a diverse group of people. I’ve gotten to know a lot of their histories and their families,” Perry said. “Most of the clientele knows, and there’s been some mixed reactions, but I’ve told them I want to leave while I’m going to be missed.”

For more information about Salt Bay Framers, go to saltbayframers.com.