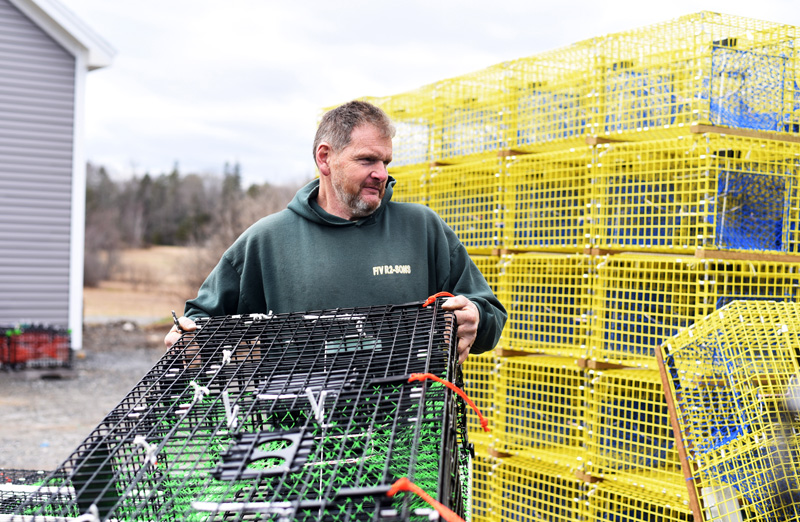 The South Portland-based lobster trap manufacturer Sea Rose Trap Co. has teamed up with Bristol resident Mike Prior to open a new location in Lincoln County.

The new trap shop is at 452 Harrington Road, in the village of Pemaquid.

“We have quite a few customers in the Midcoast area – customers and small trap builders that we service,” owner Don Jackson said.

Don Jackson and his son, Adam Jackson, co-own the company, which has been making lobster traps since 1993.

Since there are so many lobster fishermen and customers in the Midcoast and beyond, “It’s much easier if they have a place that they can stop in to,” Adam Jackson said.

Prior, who has managed the Bristol branch since it opened in January, had been building lobster traps on his own for the past four years, buying his supplies from Sea Rose Trap Co.

“He does a real good job, so we thought that we would partner up,” Don Jackson said of Prior.

Don Jackson has been a lobsterman since 1975, and built his own traps. He started making traps for other people in the 1990s. He retired from his job as the captain of the Portland fireboat in 1995 and focused more on the trap business.

“He was always building traps in his spare time … always going back to that,” Adam Jackson said of his father.

The company builds custom lobster traps, and also sells kits and materials to customers who wish to make their own traps.

“We’ve got all the supplies,” Prior said.

Many different colors of wire and twine are available, such as yellow, black, blue, green, and red.

“Pretty much any color under the rainbow,” Prior said.

Prior builds the custom traps at the shop, following the specifications of the customer.

“We’ve got everything here. If they want it, all they have to do is stop by and we can set them right up,” Prior said.

The company has also made lobster trap furniture, such as rocking chairs and tables, in Scarborough since around 2010. For more information, visit lobstahrockah.com or call 730-5531.

The Bristol shop does not have set hours, but Prior can be reached at 832-1015 and Don Jackson at 730-2063 or searosetrap@gmail.com. For more information, visit searosetrap.com.