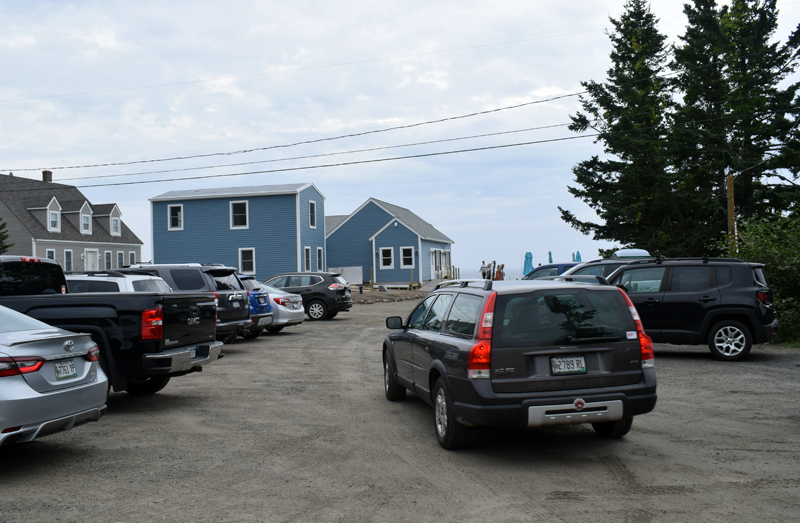 Cars pack the parking lot during the grand opening of the newly constructed Seagull Gift Shop and Restaurant at Pemaquid Point on Thursday, Sept. 9, exactly one year after the old shop burned down. The Seagull Shop will be open Monday, Thursday, and Sunday from 7:30 a.m. to 5 p.m. and Friday and Saturday from 7:30 a.m. to 8 p.m. (Evan Houk photo)

Exactly one year to the day from when The Seagull Gift Shop and Restaurant at Pemaquid Point burned down, the newly constructed building opened its doors to a flood of visitors on Thursday, Sept. 9.

The gift shop and restaurant were both packed on Thursday, with a line of people waiting to be seated for breakfast.

Brooke Cotter, part-owner and manager of the popular 83-year-old establishment, said by email that she and owners Tim and Betsy Norland attempted to recreate the iconic building with the new construction.

She described the grand opening day as an extremely emotional reality.

“It’s hard to recreate the character of the old shop in a new building. The response from our customers, however, has been overwhelmingly positive,” Cotter said. 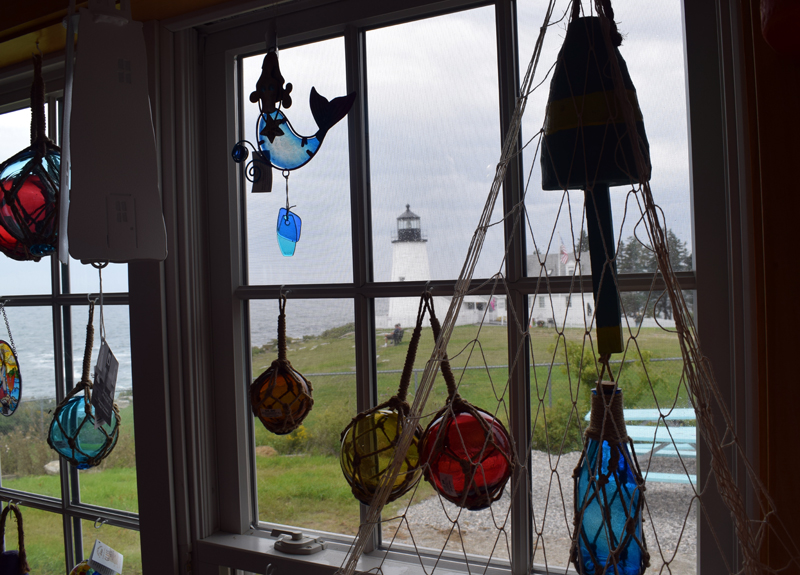 Pemaquid Point Lighthouse can be seen through the window of newly constructed Seagull Gift Shop and Restaurant. Co-owner Brooke Cotter said that the gift shop has all of the old inventory as well as some “new fun stuff.” (Evan Houk photo)

One woman walked into the Seagull dining room and said it seems basically the same.

Cotter said it was very heart-warming to see old faces and new faces alike and how happy and thankful everyone was that the owners were able to build such “an iconic magical place.”

The gift shop has a lot of the same inventory, as well as some new items and a second floor space promises nothing but toys for children.

Karen Sunderhauf, who lives right down the road and has visited the shop since she was four, stopped in on Thursday to buy some postcards for family members and let them know the SeaGull Shop is back in business.

She said it has been difficult not having the shop nearby to grab a burger or ice cream. 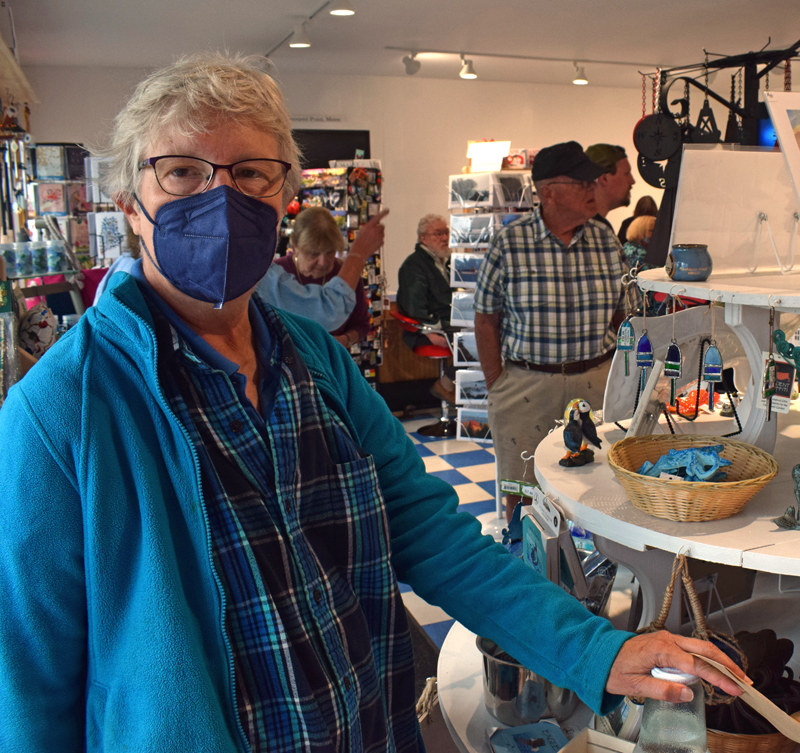 Karen Sunderhauf, who lives right down the road and has been visiting the Seagull Gift Shop and Restaurant at Pemaquid Point since she was four, talks about her memories of the iconic shop during the new building’s grand opening on Thursday, Sept. 9, exactly one year after the old building burned down. (Evan Houk photo)

“It was a hard year for everyone,” Sunderhauf said.

The only thing she misses is her favorite tree, which had to be removed to install the new septic system. Sunderhauf used to love climbing in the tree as a kid.

Cotter said that future plans for the shop include extensive landscaping with trees, Rosa rugosa, and a white fence like was there previously.

She hopes to keep the Seagull Shop open through most of October.

The Seagull Shop will be open 7:30 a.m. to 5 p.m. Monday, Thursday, and Sunday and 7:30 a.m. to 8 p.m. Friday and Saturday. It is closed on Tuesday and Wednesday because of staffing challenges, Cotter said.