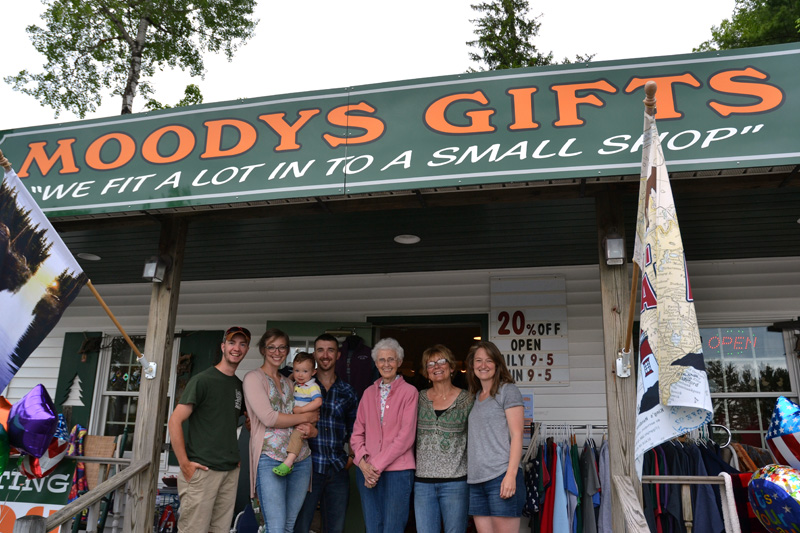 Mary Olson founded Moody’s Gifts with her husband and parents 23 years ago, and on Jan. 31 she officially sold the business to Moody’s Diner.

Despite over two successful decades in Waldoboro, some local customers remained unaware that it was a separate business from the diner. This coming May, the gift shop, diner, and a new ice cream stand will all open under one ownership for the first time.

Olson, at 58-years-old, is ready to move onto other ventures after working through her summers since she was old enough to start waitressing at the diner. However, she said on Feb. 4 that she would have waited to sell it had a family member not been willing to take over the operation.

“Moody’s has always been owned by Moody’s, and I did not want to be the one that was going to sell it outside of Moody’s,” she said. “If he hadn’t bought it, I wanted to make sure it went to somebody in the family.”

Dan Beck, co-owner and operator of Moody’s Diner and grandson of founders Percy and Bertha Moody, doesn’t intend to reinvent the wheel with Moody’s Gifts. He said on Feb. 7 that the shop will open around the usual time with a few additions.

“I think we can safely say that we do plan on opening up this May and we plan on having it, at the very least, be a gift shop but with a little different spin,” he said.

That “spin” is the addition of frozen baked goods to the gift shop’s offerings along with Moody’s memorabilia and related gifts. 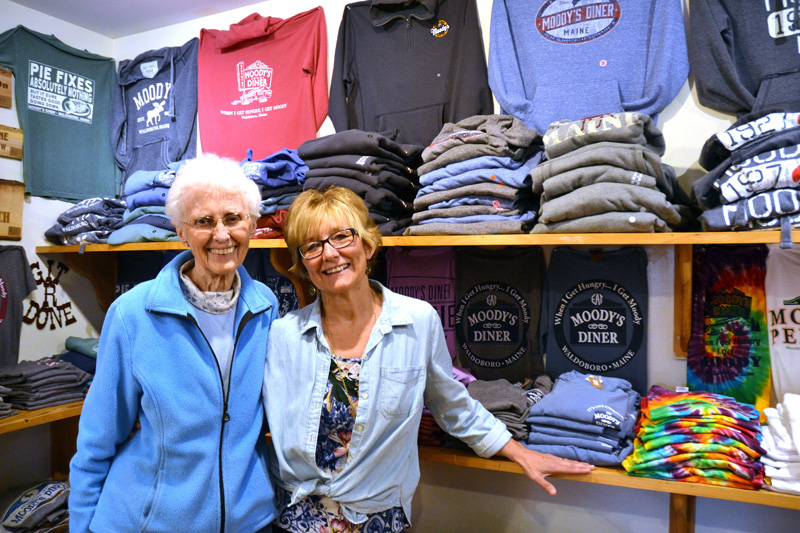 Moody’s Gifts owners Nancy Genthner and Mary Olson stand in front of a display of Moody’s Diner T-shirts at their Waldoboro shop in 2019. Olson sold the shop in January. (LCN file photo)

In 2020, Moody’s sold as many frozen pies as it did whole cooked pies, and Beck sees the gift shop as an opportunity to offer a wider selection of frozen pies.

“Mary had quite a knack for being able to go to a gift show and buy merchandise and just know what the public wants and how to decorate and set it up,” he said. “I have no thoughts that I will be able to replicate what Mary did.”

Additionally, the Moodys purchased the food wagon from Delano’s Seafood around the end of 2021 and it will serve as an ice cream stand this summer as it and the gift shop are opened anew.

“We’re excited going forward to have everything under one roof,” he said.

Although she is happy to sell it, that doesn’t mean Olson won’t miss the shop. The shop has been a family endeavor, and she has lots of fond memories of working with her children and watching her grandchildren grow up in the store.

Olson’s grandparents, Percy and Bertha Moody, opened the diner in 1927. Olson’s mother, Nancy Genthner, ran the diner and gift shop for some time, and Olson’s own five children have each worked at the gift shop, as well.

While she has many fond memories of her time with the shop, one experience in particular from the last 23 years rises above the rest when Olson is asked about her favorite memory as an owner.

About 18 years or so ago, she was working in the shop when a friend of hers told her that she saw Robert Redford perusing the store’s shelves. Olson was incredulous, and remained so even as the Sundance Kid himself came to the cash register to purchase his Moody’s T-shirt. 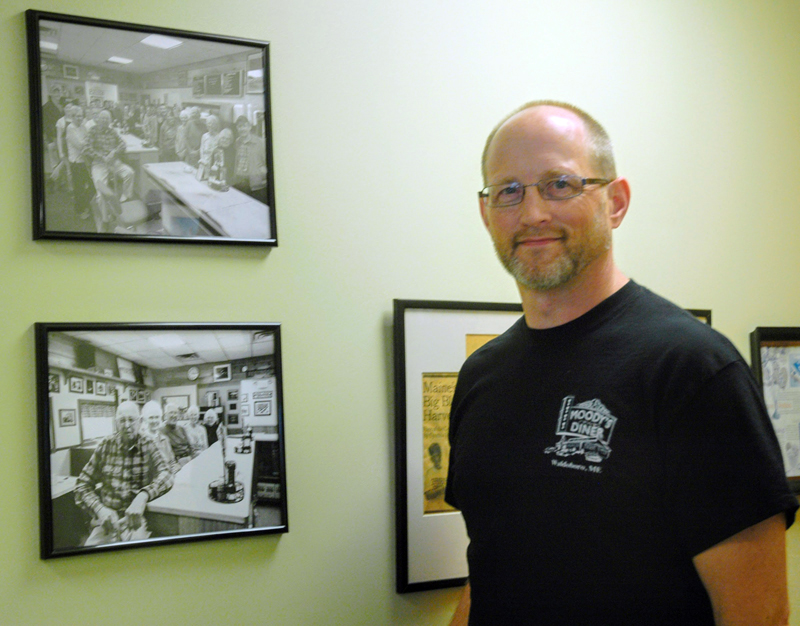 Moody’s Diner co-owner Dan Beck, a grandson of founders Percy and Bertha Moody, stands next to photographs of the family at the diner in 2017. (LCN file photo)

“When he came to pay, I said, ‘My friend thinks you’re Robert Redford,’ and he said, ‘Well, your friend would be right’,” she said.

This was before the age of the phone camera, so a flustered Olson promptly asked for the actor-director’s autograph.

Aside from the odd celebrity cameo, Olson said that her other favorite memories were made on Moxie Day every July, during which the store would hold a festival featuring Moxie-themed vehicles, paraphernalia, food, free samples, music, and, of course, bottled Moxie.

“We sell a lot of Moxie every summer,” she said.

The gift shop is largely known for Moody’s-themed gifts like mugs, hats, and T-shirts with Moody’s various pithy slogans, including “Pie fixes everything,” “Life is short, eat pie first,” or “When I get hungry, I get Moody,” but Olson also kept a rotation of Maine-made items found at gift shows.

The small shop packed with memorabilia and knick-knacks has proven to be immensely successful up until the very end of Olson’s ownership. However, with children grown up and staffing short everywhere, she has found that keeping up with all of the business is more than she wants to take on.

“I would say we had our best year this past year,” she said. “I know it sounds crazy that I wanted to sell it, but for me personally it was time.”

After the gift shop, Olson will be moving on to a wholesale project that doesn’t place as much of a demand on her time. While she will miss her customers, she’ll still be around town.

“I really love my customers. I made a lot of good friends and really enjoyed that part of the business. So I am going to miss the people, for sure,” she said.