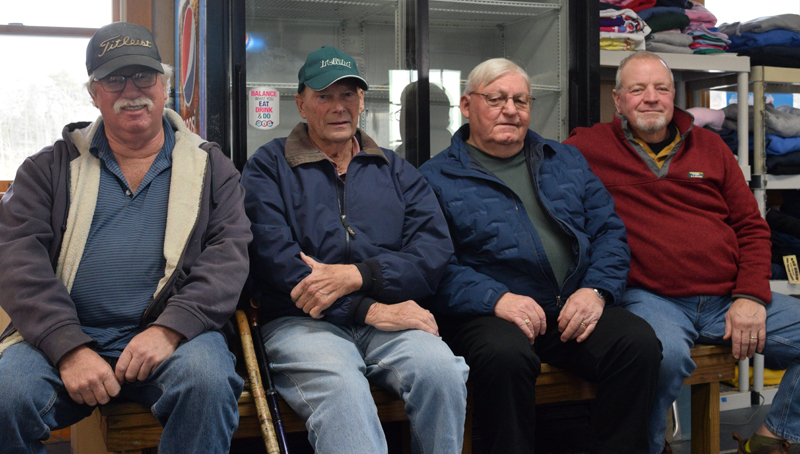 The South Bristol Fishermen’s Co-op started in 1972 with 12 members who pooled their limited resources. Half a century later, the seafood hub now has 40-plus members and a dockside restaurant.

Two of the current members — Lewis Kelsey and Thurlow “Sonny” Leeman — were part of the original group who risked their livelihoods in order to get a better deal for fishermen in the South Bristol area.

“These guys that did it, they put their names on the line. They put their own personal assets up for collateral so that this could happen,” said South Bristol lobsterman and current co-op member Tim Alley during an interview with him, Kelsey, Leeman, Co-op President Chuck Plummer, and Co-op Manager Laura Hughes in December.

To get started, co-op members had to put up most of their savings in order to purchase the shore side property at 35 Thompson Inn Road on the tip of the South Bristol peninsula and get the venture off the ground, said Alley.

Initially, a check for $75,000 was declined by the owner of the property at 35 Thompson Inn Road. But after the fledgling co-op group was turned down a few times, the owner, who was sympathetic to the cause, relented and sold the property, Leeman said.

“It was a struggle to start with to find a place to get organized and set up business,” Leeman said.

M.W. Sewall in Bath installed a fuel tank on credit, and the co-op slowly paid it back by paying a few extra cents for every gallon of fuel, Alley said.

Rockland Shrimp put up the capital to install the dock built by Prock Marine. In return, the co-op sold the company shrimp and a certain percentage on each pound of shrimp went to paying for the dock.

“We’re fortunate to find those companies to be able to hold that bag,” Alley said.

Reinvestment in the property led to the improvement of the land and the construction of the current dockside building, where seafood is sold and shore dinners are offered in the summer, approximately 30 years ago, Alley said.

“A lot of people want to come watch a functioning, working lobster pound,” Laura Hughes, manager of the co-op, said.

Alley said the fourth generation of lobstermen is now able to enjoy the fruits of the original members’ labor and risk. He said the co-op is still going strong and will always remain a co-op.

Alley joined as soon as it was formed as a 14-year-old junior member, as did current President Chuck Plummer when he became Leeman’s sternman.

Alley’s late father, Lewis Alley, another original member, hosted meetings in his basement in the lead up to the formation of the co-op.

“We thought we could do better by having our own co-op and keeping some of the profit instead of giving it all to somebody else,” Leeman said. “That’s the way it all started. A bunch of us got together and talked about it.”

The co-op works by purchasing fuel and bait at lower bulk prices and passing that savings on to the fishermen, rather than each individual fisherman buying their own supplies and selling to seafood dealers. At the end of the year, everyone in the co-op gets a dividend based on how much lobster was sold that season, Alley said.

“Initially it was turkeys and McDonald’s gift certificates, because there was no profit. Because all the profit went back into paying for what you did,” Alley said. 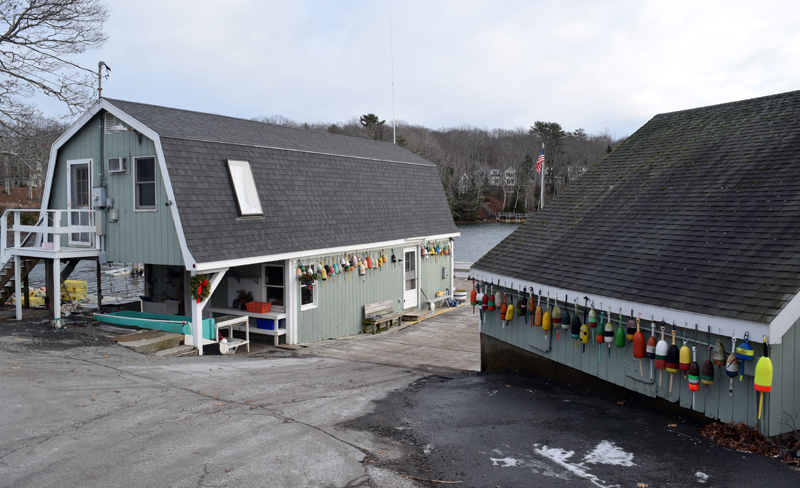 The South Bristol Fishermen’s Co-op. The co-op was founded in 1972 in order to save money on fuel and bait and pass the savings on to members. The building was constructed about 30 years ago, according to co-op member Tim Alley. (Evan Houk photo)

An article on the front page of the Aug. 17, 1972 edition of The Lincoln County News explained the reasoning behind the co-op structure, saying that a fisheries cooperative is designed to increase the general buying and bargaining power that the fishermen have in purchasing bait and gear, as well as finding wholesale markets for their product.

When the co-op first started, the lobster fishery was much smaller, and fishermen also relied on ground-fishing and shrimping to make a living.

“Shrimp was a big part of this town. A lot of people made half their money shrimping for a long time,” Plummer said.

The Atlantic States Marine Fisheries Commission closed shrimp fishing on the Maine-Canada border in 2013 and recently voted to continue to keep the fishery closed due to low shrimp numbers.

Now, the main fishery is lobster, which earned approximately $724.9 million in 2021, its biggest year ever.

However, the lobster fishery has had an off-year this past season, as lobster prices and demand have plummeted and fuel and bait prices have skyrocketed.

“I’ve never seen that kind of disparity that close together,” he said.

The only hope is that economic conditions will rebound and inflation will slow so the margin on lobster improves. Alley said he calculated approximately what it cost him in fuel and bait to lay one lobster trap this year to be $4.60. With a pound of lobster going for $3.85, Alley said the math just doesn’t add up.

“It has nothing to do with right whales. It’s about control,” he said.

The rules will eventually initiate seasonal closures of certain parts of the lobster fishery and eliminate vertical lines of rope connected to lobster traps. Maine’s federal congressional delegation was able to delay the rules by six years by inserting a provision in the U.S. Congress’ recently passed $1.7 trillion spending bill.

According to the National Oceanic and Atmospheric Administration, the Atlantic Large Whale Take Reduction Plan will reduce risk of right whale injury and death in the Northeast by 69%. These rules are the first phase of a 10-year plan that federal officials hope will ultimately reduce the risk to right whales by 98%.

However, the agency notes in its data that since 2017, 34 right whales have been killed, none linked to the Maine lobster industry. The most recent known entanglement in Maine lobster gear happened in 2004, and the whale survived.

Lewis Kelsey reflected on some of the changes in the fishery since the co-op was founded in 1972 — including the use of handmade wooden traps and wooden buoys. Wire mesh traps and Styrofoam buoys are largely used now.

Kelsey said you had to put rocks in the wooden trap to allow it to sink the bottom of the ocean floor. He would try to save his rocks on his wharf.

“I used to put them back on my wharf and the kids above would come down and throw them overboard on me,” Kelsey said with a laugh.

Alley said the members didn’t realize it was the 50th anniversary of the co-op’s founding until September.

“Maybe next year, we should celebrate and invite all the past and present fishermen to come in,” Alley said.

For more information, find the South Bristol Fishermen’s Co-op on Facebook or call 644-8224.