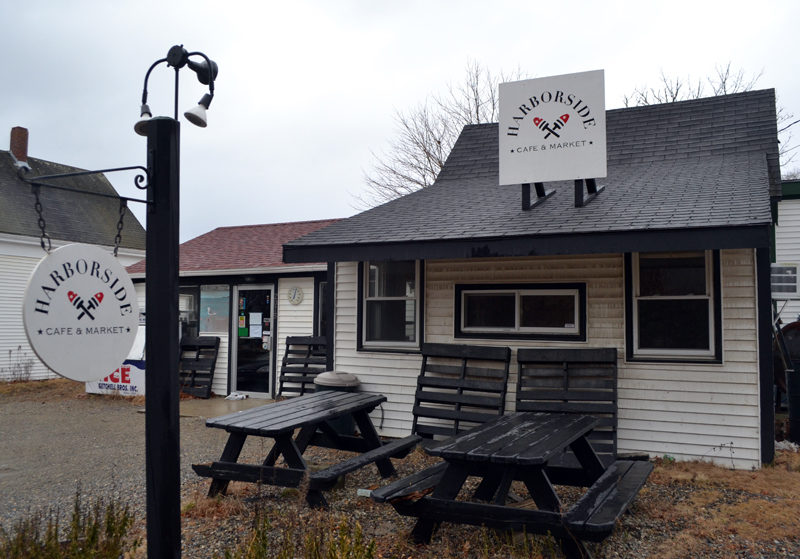 Harborside Cafe and Market, in South Bristol, closed abruptly a little more than two months ago.

A sign saying “closed today” has remained on the door since November. The market, which had operated year-round until this year, was last open on Halloween, according to Esther Norwood, a longtime manager.

Scott Magnuson and Shaaren Pine, of South Bristol and Washington, D.C., own the business. The couple purchased the business and the property, which also includes a house and a field with a water view, in August 2014 from longtime owners Sam and Betsy Graves.

The couple also owned The Argonaut, a bar and restaurant in Washington, D.C. The Argonaut closed abruptly in July 2016, when a padlock and a “no trespassing” sign appeared on the door, according to a report by The Washington Post’s Going Out Guide. 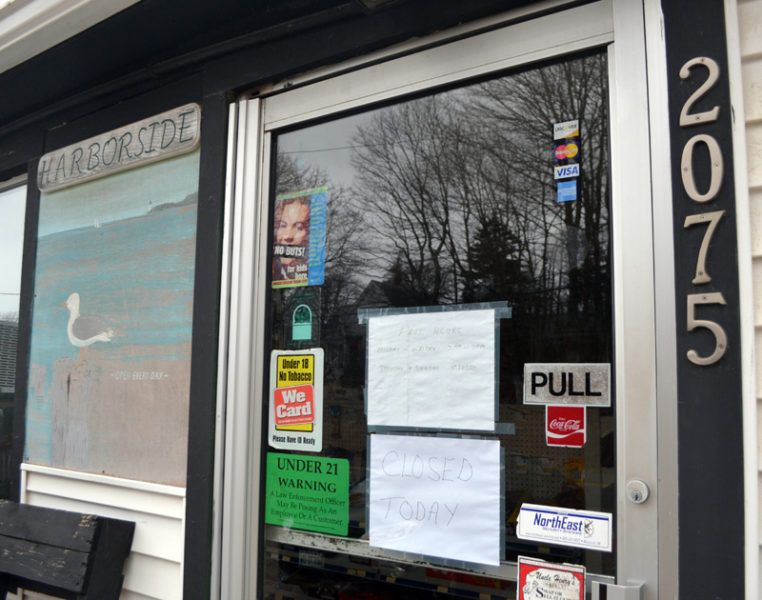 A sign on the door at Harborside Cafe and Market in South Bristol reads “closed today.” The sign has been on the door since November. (Maia Zewert photo)

It is unclear when Harborside will reopen. Norwood said in her last communication with Magnuson and Pine, they said the eatery would reopen in the spring.

Multiple attempts to contact Magnuson and Pine through business and personal social-media accounts and websites were unsuccessful. A local phone number for Magnuson and the phone numbers for The Argonaut and Harborside are disconnected.