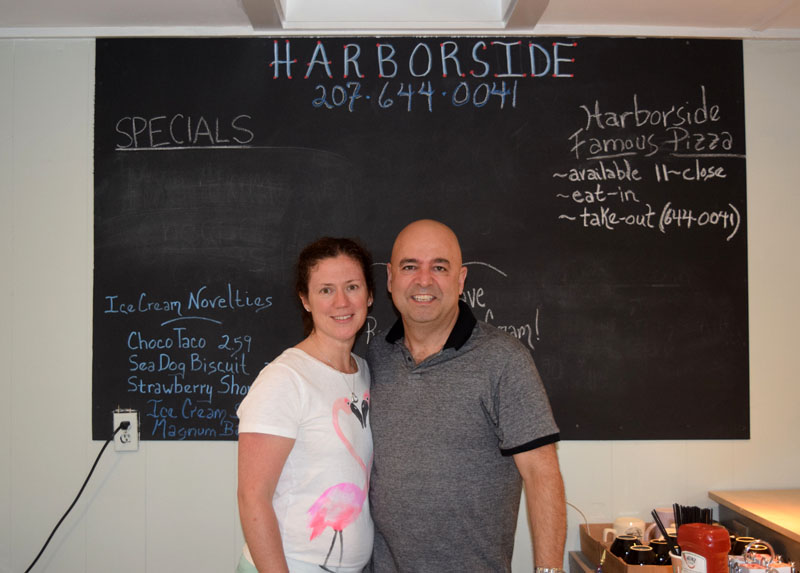 Carolyn and Bill Demase are the new owners of Harborside, a convenience store and restaurant at 2075 Route 129 in South Bristol. The couple bought the store in August 2017 and opened in early July. (Jessica Clifford photo)

New owners Carolyn and Bill Demase hope to re-create the South Bristol convenience store and restaurant into the popular community gathering place it was under Sam and Betsy Graves from 1988-2014.

The Demases bought the property, which includes a house next to the store, in August 2017. They worked on renovations before opening. The building has a new floor and kitchen and new plumbing and electrical work.

Bill said he first visited Harborside with Carolyn just after they started dating. He loved South Bristol, the view of the harbor, and the restaurant’s role as a social gathering place.

The couple was eager to buy the building when the Graves family put it up for sale in 2014. However, the building sold too quickly. Now, Bill said the couple has a “second chance.” 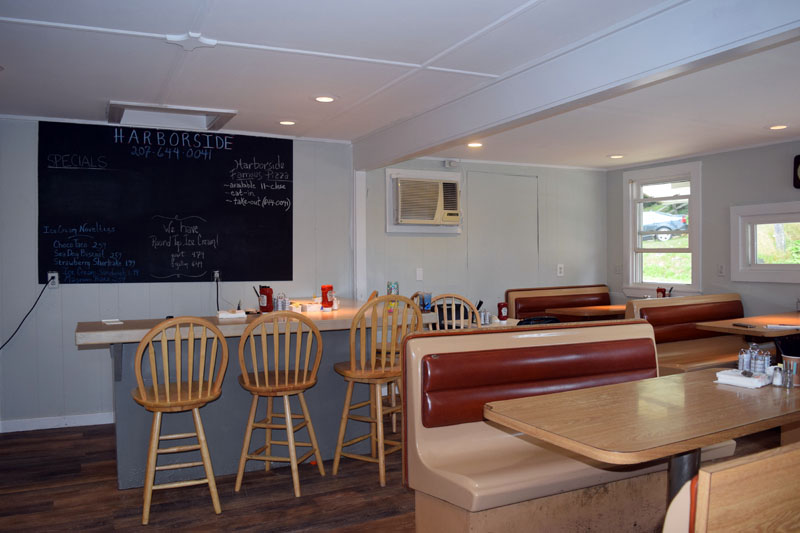 The Demases will close Harborside in the late fall and reopen in the early spring. During the season, they aim to make the store “a big social aspect of South Bristol” again.

“There are a lot of people here that love the place for what it was and want it to go back to that way, and that’s what we are trying to do,” Bill said.

Bill is originally from New York City and Carolyn from Chicago. They moved to South Bristol from Manhattan. However, Carolyn knows the area because she has relatives who live a mile in either direction from Harborside.

“I’ve been coming up here my whole life,” she said. “When I was 6 years old eating blueberry pancakes, I didn’t think I’d be owning the place, but here it is.”

The convenience store sells the usual items, including snacks, bread, milk, and homemade baked goods. It offers Maine beers, such as Rock Harbor and Shipyard, as well as a “nice and reasonable selection” of wine, Carolyn said. 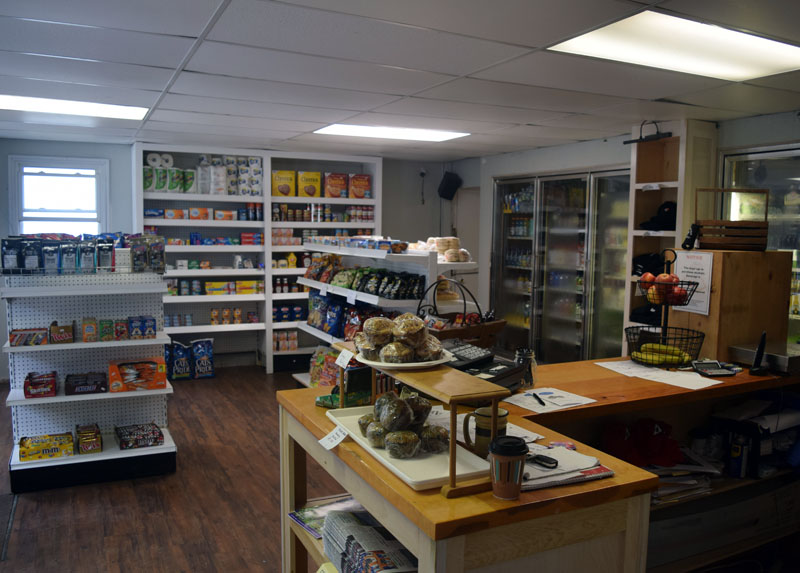 Baked goods and groceries are among the items available in the store at Harborside in South Bristol. (Jessica Clifford photo)

With the nearest full-service grocery store about a 20-minute drive away, Carolyn and Bill thought it would be convenient to also sell produce and deli meats and cheeses.

On the restaurant side, customers have a choice of five breakfast and five lunch options, plus one to two daily specials, all prepared by the same longtime cooks who have worked at Harborside since the Graves era.

Bill and Carolyn brought back some popular menu items, including chocolate chip and blueberry pancakes. 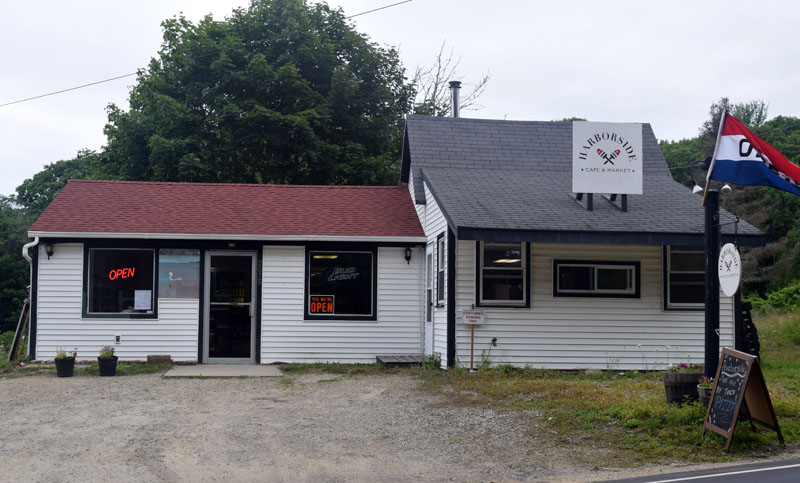 South Bristol’s Harborside is open again, but with new ownership. Carolyn and Bill Demase now own the store and restaurant. (Jessica Clifford photo)

“We are well-known for our blueberry pancakes. It’s basically a purple pancake because the blueberries are exploding out of it,” Carolyn said. “Kids come here with their purple tongues sticking out.”

Sam and Betsy Graves bought what was then Topo’s Market from Albert and Nancy Thorpe and opened Harborside in August 1988. They operated the business year-round and lived next door until they retired and sold the store in 2014.

Scott Magnuson and Shaaren Pine, of South Bristol and Washington, D.C., bought the business in August 2014 and operated it until it abruptly closed on Halloween 2016.