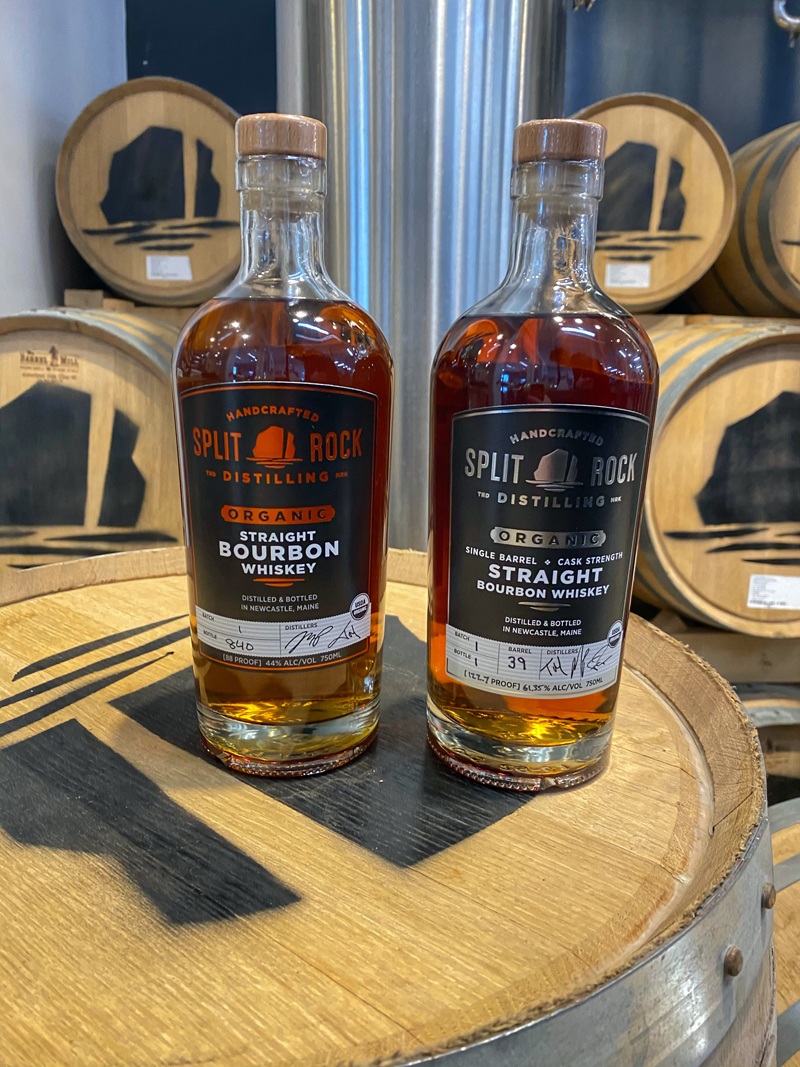 The straight bourbon and a single-barrel cask strength bourbon were bottled at the Newcastle distillery on Dec. 5 and 6 and released the following week.

“The bourbon we are bottling today is what went into barrels on the days the walls were going up in the distillery. This is a historic moment for us,” Mallory said.

When Split Rock Distilling opened in 2016, it launched with five products: bourbon, blueberry vodka, horseradish vodka, an 80-proof vodka, and a 150-proof vodka. Three years later, the distilling company’s lineup has expanded to include gin and barrel-aged gin, along with the acquisition of Royal Rose Syrups, a line of organic nonalcoholic syrups.

Even with the growing product line, Page and Mallory have stayed focused on the bourbon. “Bourbon is why we did this. All of the blood, sweat, and tears that went into this distillery was so we could make the best bourbon,” Page said.

The new organic single-barrel cask strength straight bourbon was aged for slightly over two years in a 30-gallon barrel and was bottled at the alcohol strength as it leaves the barrel. Two barrels were bottled, and each barrel produced 130 bottles of bourbon.

“For me, this is truly where the project started. Though it was three years ago this went into a barrel, it feels like a blink of an eye. We set out on this mission to create a bourbon that tells a story, and these bourbons do,” Page said. “I cannot wait to see what five, seven, 12, and 20 years will taste like.”

For more information about Split Rock Distilling, go to splitrockdistilling.com or find the business on Facebook and Instagram.