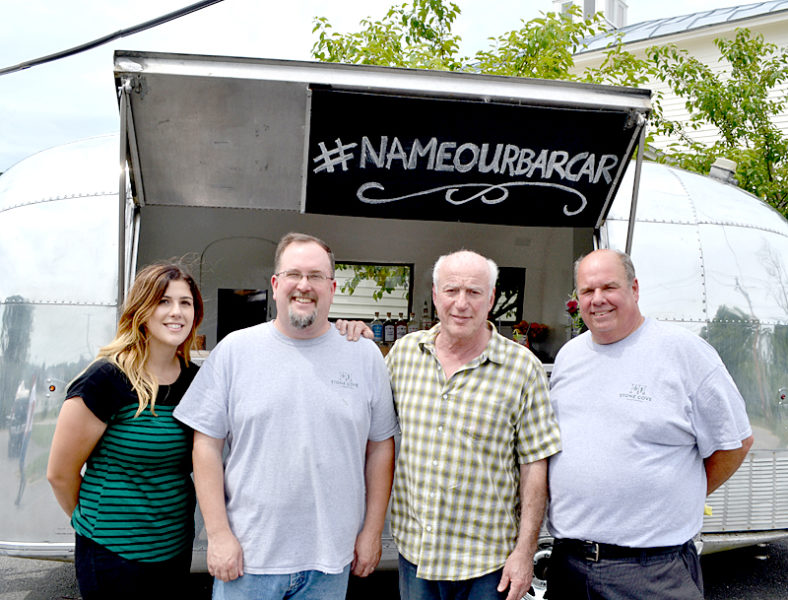 Customers of Stone Cove Catering will soon be able to add a new level of personalization to their events.

The Bristol catering business recently purchased a 1963 Airstream GlobeTrotter, which can be outfitted to fit any bar needs a client might have, according to Stone Cove Catering Event Manager Leslie Lorentzen.

The trailer, currently referred to as the “bar car,” was originally discovered by Warren and Deb Storch, owners of The Walpole Barn, in June, however, due to complications, the Storches were not able to make it work for their business.

Warren Storch reached out to Todd Maurer, one of the owners of Stone Cove Catering, to see if the business would have a use for the trailer.

Maurer contacted the owner in Portland, and on June 29 took ownership of the trailer.

In the weeks that followed, the trailer underwent a series of improvements, including the removal of gas lines by Colby & Gale Inc. and painting by Joe Jacobs, Maurer said. 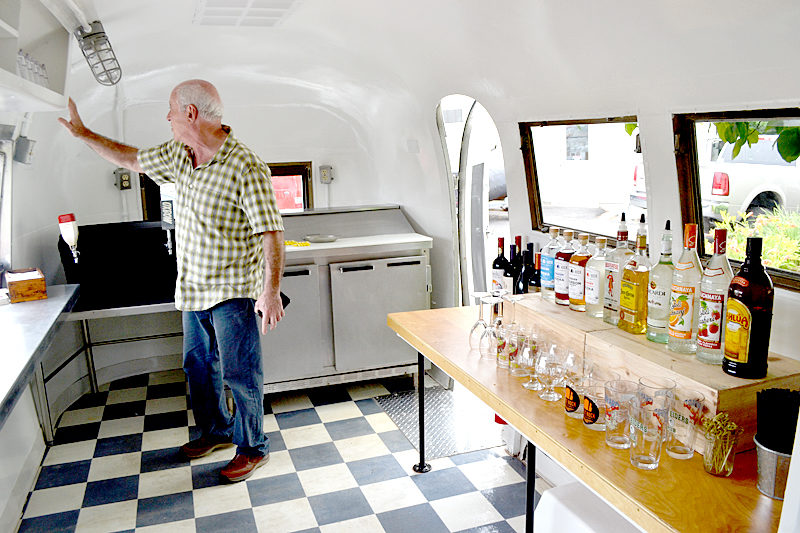 “When we first got it, it needed a tremendous amount of interior work because it was originally used for cooking,” Maurer said. “Our vision was that this would be a great thing to take on the road as a bar that you could do whatever you want with it.”

Maurer said that Hammond Lumber Co. built a bar out of birch to replace the steel counter that had previously been inside. On the Road Trailers, of Warren, made the trailer road-worthy. Damariscotta Hardware and Louis Doe also contributed to the renovation process.

“In any other market that wasn’t here, this would be a six-month project, at least,” Maurer said. “Everyone was so excited to see it get done and that has been just awesome.”

The bar car has a variety of potential uses, including as an alcohol bar, a raw bar, and a dessert bar.

“We wanted to leave it open to as many possibilities as we could,” Lorentzen said. “Each client is unique and each event is unique, and we wanted this to become whatever the client wants.”

The bar car will make its first appearance at a private event Friday, July 22. The following night, the bar car will be brought to the Damariscotta River Association’s Round Top Farm for a benefit concert. 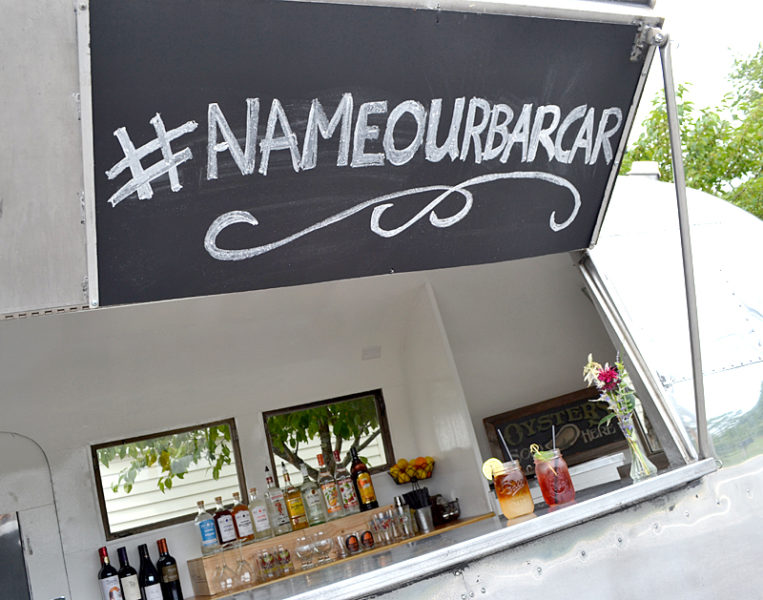 Stone Cove Catering is holding a social media contest to name its new bar car, which the business plans to use as a bar, a raw bar, and a dessert bar. (Maia Zewert photo)

“We’re really excited to get it out there so people can see what we’ve been working on,” Maurer said. “It’s something really neat to have in our stable of offerings.”

The winner will receive Stone Cove Catering goods, and the business will donate $100 to the charity of the winner’s choosing.

The contest will run for one week beginning Wednesday, July 20.