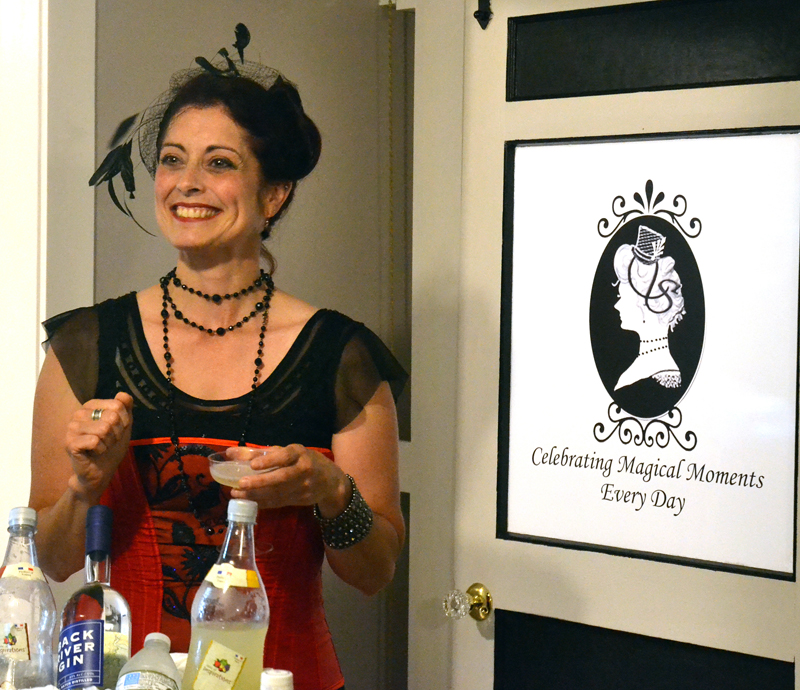 SugarSpell Sweets owner April Morrison is opening a year-round weekend storefront in New Harbor, a major expansion of the business that started with a dessert cart two years ago.

The cart made its debut on the lawn at 202 Main St. in Damariscotta during the summer of 2016. In addition to her regular summer hours on the lawn, Morrison, of Damariscotta, makes pop-up appearances with her desserts at various businesses and events.

Morrison said the dessert cart was a “good way to get a feel for the business” before she decided to open a storefront.

She did not need to look far for a more permanent location. Her mother, Etta Morrison, and brother, Michael Morrison, live at 2634 Bristol Road and own the neighboring building, a rental property at 2638 Bristol Road.

When the most recent tenant moved out, April Morrison spoke with them about converting the building into a kitchen and retail space for SugarSpell Sweets.

Since last summer, the entire Morrison family has worked to get the building ready for the business, including by installing new flooring, painting the walls, and getting the kitchen up to code.

“If I did not have the family I have, I would not be able to do this,” April Morrison said.

Morrison honors her family with a hutch full of family photos in the shop, which is decorated in a Victorian style with a modern twist.

A permanent location offers Morrison more creative freedom to experiment with “delicate” desserts she wouldn’t be able to serve from her cart, such as miniature cheesecakes and items with a cream base.

“Anything that needed to be refrigerated, I couldn’t have on my cart, so this allows me to play a little bit more,” she said.

The dessert boutique will be open every Sunday from 10 a.m. to 5 p.m.

Morrison will still set up her cart at 202 Main St. in Damariscotta on Fridays and Split Rock Distilling in Newcastle on Saturdays. Starting in the fall, she plans to have the New Harbor shop open Saturdays and Sundays year-round.

“I always tell people to check social media to see where I’ll be, just in case I get a big special order or there’s bad weather and I can’t go out with the cart,” she said.

In addition to items she makes for her cart, she plans to keep a couple special items on hand at the shop. She will continue to take custom orders, but requests at least a week’s notice.

Before the shop’s grand opening Sunday, July 22, Morrison hosted an “oven-warming party” Sunday, June 15, where she thanked everyone for supporting the business over the past three years.

“Before I even started this project people were asking me about a retail space,” she said. “I’m really looking forward to having it be a reality.”

For more information about SugarSpell Sweets, go to sugarspellsweets.com or find the business on Facebook and Instagram.