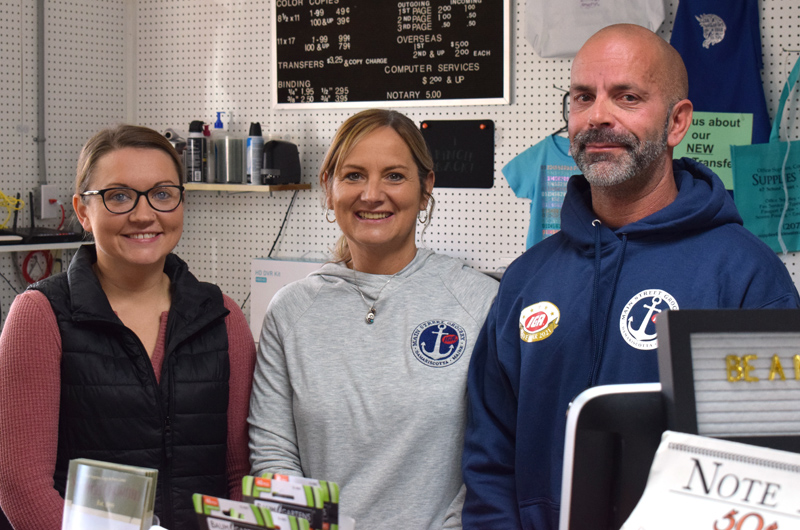 The new owner of Supplies Unlimited in Damariscotta, Stephanie Reichard, stands with previous owners Jane Oliver-Gravel and Gary Gravel behind the counter in the store on Oct. 5. Oliver-Gravel, Reichard’s mother, said she is happy that the business will stay in the family and that nothing will change about the popular office supply and print shop. (Evan Houk photo)

Jane Oliver-Gravel, founder of Supplies Unlimited in Damariscotta, has sold the business to her daughter, Stephanie Reichard, and Reichard plans to maintain business as usual at the popular office supply and print shop.

“It’s done its thing for 22 years in November, so no changes need to be made,” Reichard said during an interview on Oct. 5.

The store will be closed Oct. 10-17 to tally inventory and finalize the transition in ownership, but will reopen with normal hours on Monday, Oct. 18.

Oliver-Gravel said she is happy to keep the business in the family.

“It’s nice to have it stay in the family because it’s really been family-oriented the whole time,” Oliver-Gravel said.

Reichard said her mother opened the shop in 1999 when Reichard was eight years old and that it was part of her everyday life after school growing up.

Reichard’s daughter, Brooklyn, spent a lot of time at the print shop in her first two years so she didn’t have to go to daycare.

Oliver-Gravel said there is even a special room in the back of the store for her grandkids to play and have snacks.

Reichard has managed Supplies Unlimited since 2017 and officially took over as owner of the business on Oct. 1. 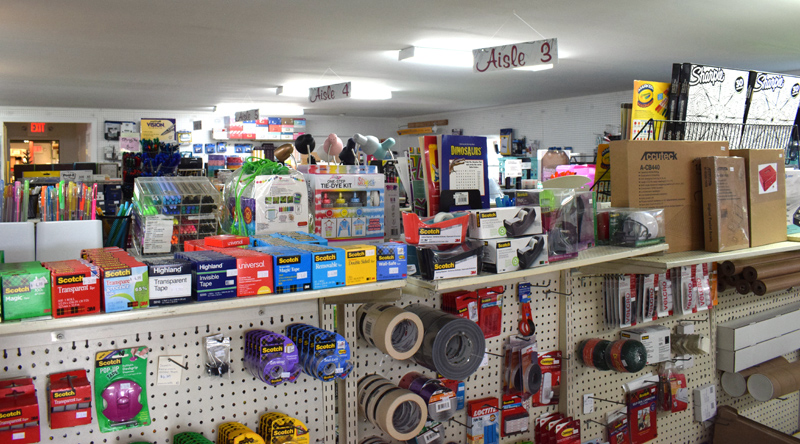 The interior of Supplies Unlimited in Damariscotta offers an array of office and craft supplies, as well as a full print shop. New owner, Stephanie Reichard, the daughter of the store’s founder Jane Oliver-Gravel, said she plans on maintaining the status quo at the popular store. (Evan Houk photo)

“I decided I wanted to run my own business and make my own schedule,” Reichard said.

She enjoys how every day is a little bit different with new and unique print jobs to work on and the constant challenge of keeping the inventory fresh and relevant for customers.

The shop does a lot of screen-printing and embroidery jobs for apparel, as well as print jobs like business cards, signs, and wedding invitations.

Reichard said that printing paper and ink have also been popular with people spending more time at home since the onset of the COVID-19 pandemic.

Oliver-Gravel said that the shop prints the apparel for many local sports teams and local festivals like Damariscotta Pumpkinfest and the Damariscotta Mills Alewives Festival.

Reichard will continue to listen to customer suggestions and adjust inventory as necessary, just as Oliver-Gravel has done since opening the business in 1999.

“Every time somebody would ask me, I’d expand, and that’s how I expanded the inventory,” Oliver-Gravel said. 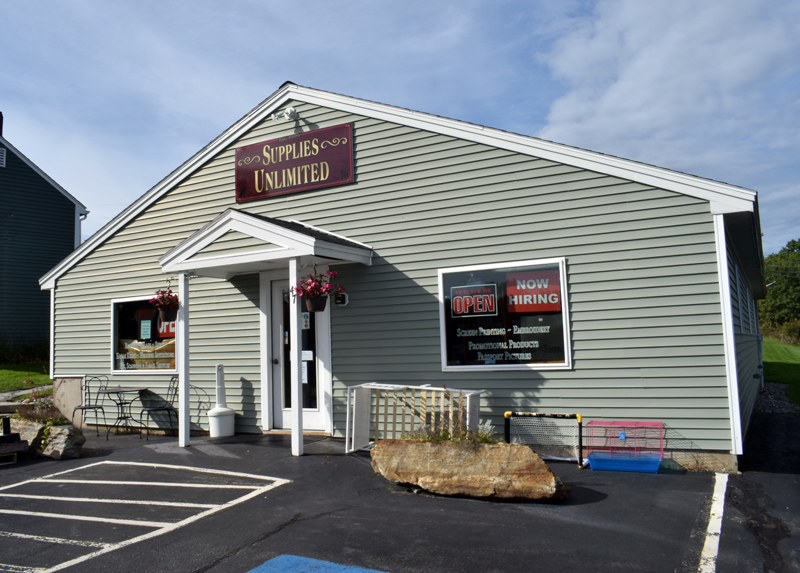 The exterior of Supplies Unlimited, located at 47 School St. in Damariscotta, on Oct. 5. Due to a change in ownership, the store will be closed from Oct. 10-17 to finalize the transition. (Evan Houk photo)

Her original goal was to add three or four new things each year to Supplies Unlimited’s offerings.

Oliver-Gravel originally started Supplies Unlimited to fill a need in town after the stationary store closed. She said there was no place in town to get paper or other office supplies.

She had experience working at her father’s business, Oliver’s Print Shop, and decided to retire from the U.S. Postal Service and strike out on her own.

“I saw the need and I wanted to work for myself,” Oliver-Gravel said.

At first, the shop only offered black-and-white copies and a few office supplies. But as customer suggestions came in and new needs were realized, Oliver-Gravel continued to expand.

Since Reichard began managing the store in 2017, it has added a kids’ craft and hobby section that changes with the holidays.

Oliver-Gravel said she is very proud of the hard work Reichard put in to realize her dream of owning and running Supplies Unlimited.

“She’s earned what she’s got, there was nothing given,” Oliver-Gravel said.