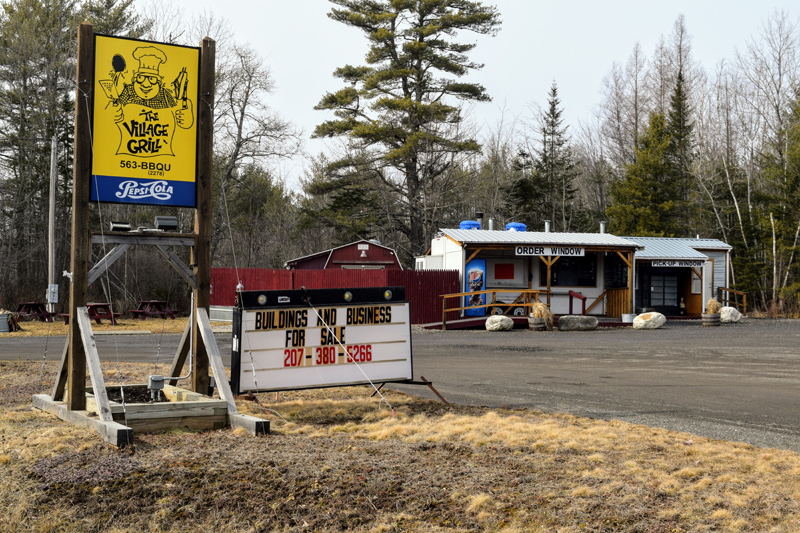 The Village Grill at 28 Biscay Road is up for sale after a decade under business partners Paul Blomquist and Tricia Spinney. (Nate Poole photo)

After a decade of feeding Damariscotta, owners of The Village Grill are getting out of the kitchen.

In a Facebook post on March 8, Co-owner Paul Blomquist and his business partner Tricia Spinney announced they decided to sell The Village Grill Co., its building, and all of its equipment.

“It’s hard to walk away, and all the customers that we knew and loved we’re going to miss,” Blomquist said on March 10. “I’m sure somebody will buy it, and hopefully they’ll continue on.”

The grill, run out of a modified trailer and shipping container at 28 Biscay Road in Damariscotta, opened in 2012 and brought in more and more business every year.

Blomquist said that the business’s popularity was part of the reason he decided to sell it. “I feel kinda like Seinfeld, we’re kind of going out on top,” he said.

That success can be attributed to Blomquist’s experience owning and running food establishments over the course of 37 years. In 1985, he opened the Twin Village Grill at the current location of the Damariscotta McDonald’s when he was 20 years old.

When the Twin Village Grill lost its lease in 1992, Blomquist took his skills to Waldoboro and opened Bullwinkle’s Steak House, where he first connected with Spinney as an employee. He sold Bullwinkle’s to a long-time bar manager in 2006 and six years later he opened The Village Grill.

“Virtually with everything we’ve done we’ve been blessed with … success, so I really have no complaints,” he said. 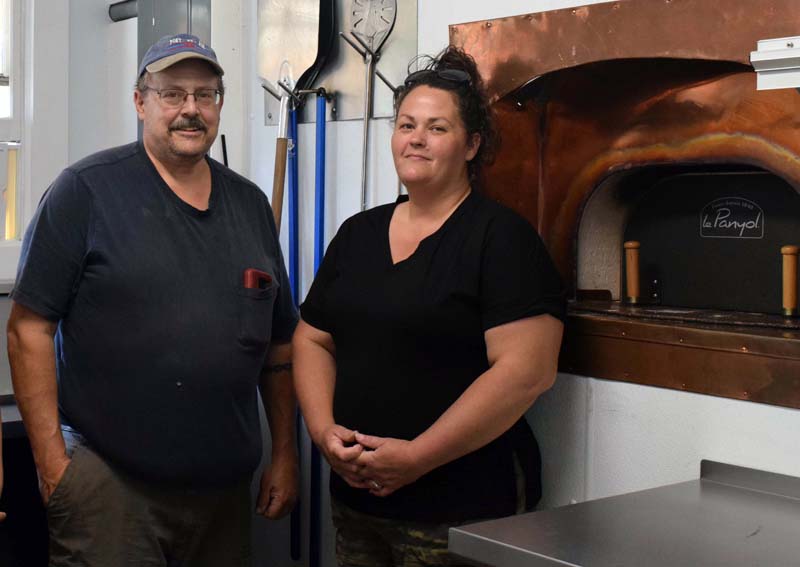 The business partners behind The Village Grill Co. in Damariscotta stand in front of the roadside eatery’s Le Panyol wood-fired oven in July 2020. From left: Paul Blomquist and Tricia Spinney. (LCN file)

With great popularity comes greater profitability, but also greater demands on the owners and their staff. Like every other business, The Village Grill struggled to recruit and retain staff during the 2021 summer season. It did not help that the grill began offering wood-fired pizzas in addition to its traditional American grill fare in 2020, which drew even more business.

The demands ultimately became too much, and Blomquist and Spinney had to cut the season short and close in September.

“We kind of ran out of gas if you want to know the truth,” he said. “In a small business, if your heart and soul isn’t in it, that’s the death knell.”

At 57 years old, Blomquist said he is no longer interested in working at such a hectic pace and he said that the same is true for Spinney.

The business partners decided to take some time going into the winter to decide whether they wanted to take the business through another season. However, around the end of January they decided that it was time to move on.

Blomquist is sure that whoever buys the business will want to change things, but he hopes that they take the time to get to know the old menu that customers know and love.

“All businesses have to evolve … there’s no such thing as treading water in business. You’re either going forward or backward,” he said.

In his semi-retirement, Blomquist, who used to drive trucks full-time for Hagar Enterprises, plans on purchasing his own tractor trailer and working locally.

“We are so thankful for the customers that supported us,” he said. “We’re going to miss the overwhelming majority of the customers.”