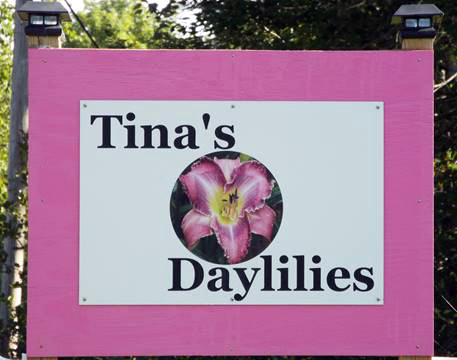 Tina White, the owner and operator of Tina’s Daylilies, reports that she is very excited to become an official display garden. “I have been in business for eight years now, but just became a display garden about a month ago,” White said.

White reports that there is a process one must go through to become an official display garden with the American Daylily Society, as well as certain requirements laid out by the society. Display gardens should have between 50 and 100 different varieties of daylilies and be open to the public, which is not an issue since Tina’s Daylilies is also a commercial garden that sells to the general public.

To be an official historic garden, the garden must also contain at least 50 cultivars that were registered with the American Daylily Society, formerly the American Hemerocallis Society, prior to 1990. For more information on display gardens, visit daylilies.org.

“I’m excited to open on June 2 this year and display my new sign,” White said.