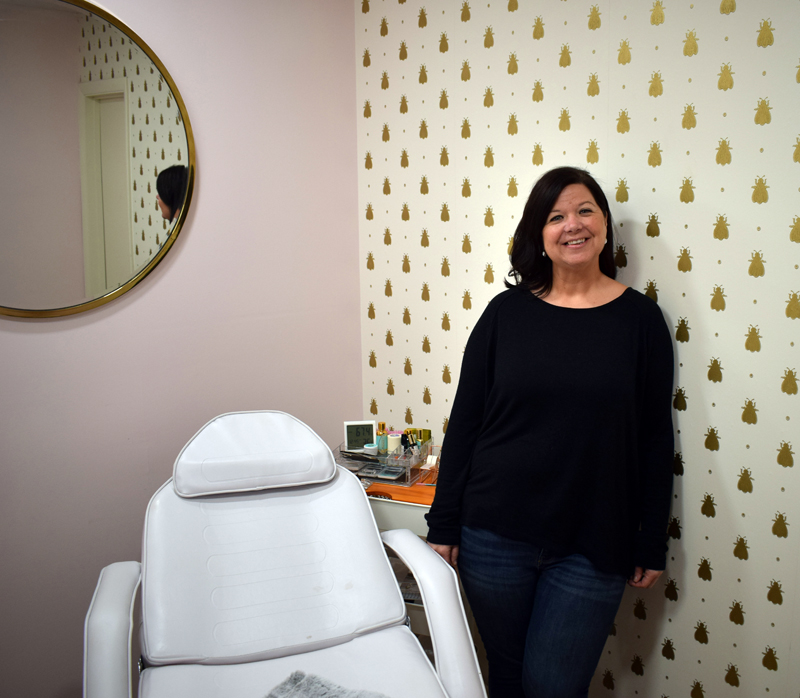 Brie McCarthy, owner of Lavish, a new hair salon at 19 Sheepscot Road in Newcastle, stands in the wax room at the salon Feb. 6. (Evan Houk photo)

Two hair salons from the Twin Villages have joined forces to form Lavish, a hair salon for men, women, and children, at 19 Sheepscot Road in Newcastle.

Brie McCarthy, of New Harbor, took over the hair salon building and business from Terry Chapman, longtime owner of the salon formerly known as Hair Frolicks, in October 2019.

In December 2019, McCarthy invited her friend Natasha Neal, former owner of Bangz in Damariscotta, to combine their salons and form Lavish.

Neal and McCarthy are longtime friends who first met during cosmetology training in Augusta. They felt the partnership was a natural fit.

“We always kind of knew we would end up working together again,” McCarthy said.

McCarthy said Chapman first approached her late last summer about possibly buying the shop. Chapman had owned and operated Hair Frolicks for 38 years and said she was ready to step back from the business and be semi-retired.

Chapman still works at the shop part time, along with McCarthy, Neal, and Melissa Brann.

Chapman said she heard about McCarthy from a beauty supplies salesperson who came into her salon one day. When she called McCarthy, the two just “clicked,” McCarthy said, and everything fell into place.

McCarthy, who has been cutting hair for 15 years, said she has worked at various hair salons in Lincoln County and decided to go out on her own when she heard of the opportunity from Chapman. 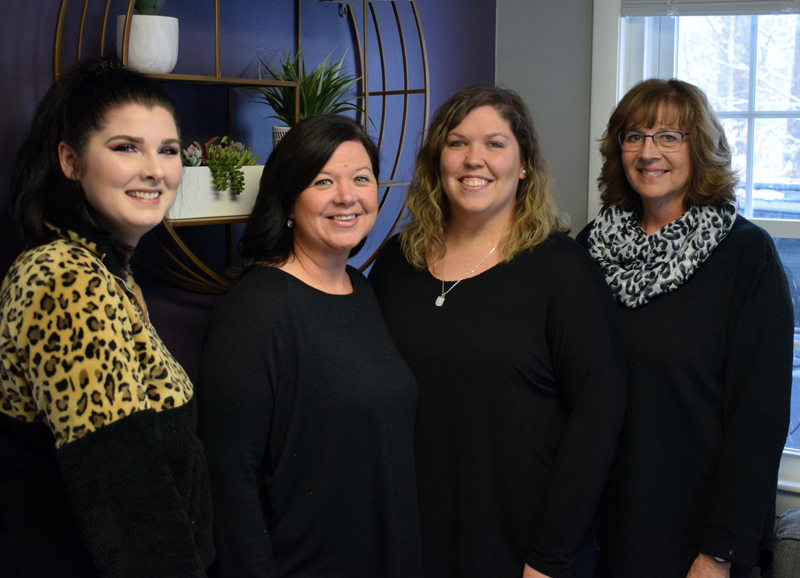 McCarthy, in a career change, had decided to become a hairstylist because she hoped to one day open her own shop. She previously worked as a pharmacy technician, but decided there wasn’t much room for advancement.

She said cutting hair seemed like a natural fit.

“I’ve always been a people person and I also like that every day is different,” McCarthy said of working in the salon business.

In addition to the new name, the salon has undergone extensive renovations, which include new flooring and lighting, new European sinks and barber chairs, a renovated tanning room, and a brand-new wax room.

McCarthy said her husband, Ryan, helped tremendously with the renovations, painting, and moving furniture during the transition period.

The wax room is decorated with wallpaper adorned with golden bees. McCarthy said she was inspired to decorate the wax room with bees because the insects make beeswax, and it became the salon’s logo.

The building also has a recently installed teal sign with the new name Lavish in gold letters, and a golden bee dotting the center.

In addition to cutting and styling both men’s and women’s hair – McCarthy said the salon’s customers are split about equally between the genders – Lavish offers waxing, hair coloring and highlights, tanning, and balayage, a specialized highlighting technique.

Eyelash extensions are offered by Brann.

Brann had been working with Neal at Bangz for about six months when she got the opportunity to join the team at Lavish.

McCarthy operates the salon in a professional but fun-loving way. It isn’t hard to tell that the four stylists at Lavish get along well and are comfortable working together.

The work of cutting and styling hair does not dampen the enthusiasm for chatting, joking, and laughing throughout the day, which makes for an enjoyable haircut experience.

Like McCarthy, the other hairstylists at Lavish said they were drawn to the work. 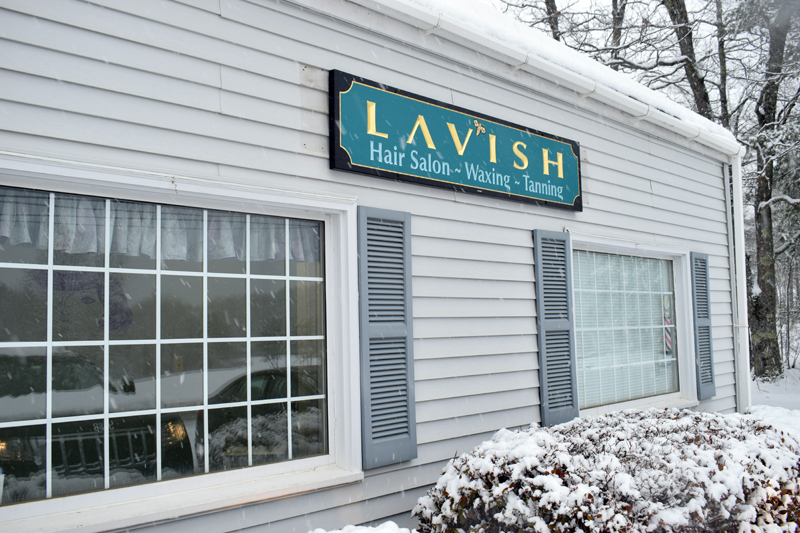 Neal attended beauty school straight out of high school at what was then known as Capilo School of Hair Design in Augusta, where she met McCarthy.

Brann said she always had a passion for hair styling and doing makeup.

Chapman attended the same beauty school as the other three, but in her time it was known as Central Beauty School.

“There used to be five of us in a VW Bug that would drive to the beauty school. Can you imagine?” Chapman said.

McCarthy said that with the combination of the two salons, it has been busy at Lavish, with each stylist’s customers following them to the space. She recommends making an appointment ahead of time, although Lavish does try to take walk-ins when possible.

“The local following is awesome,” McCarthy said. “Everyone has been really good to us.”