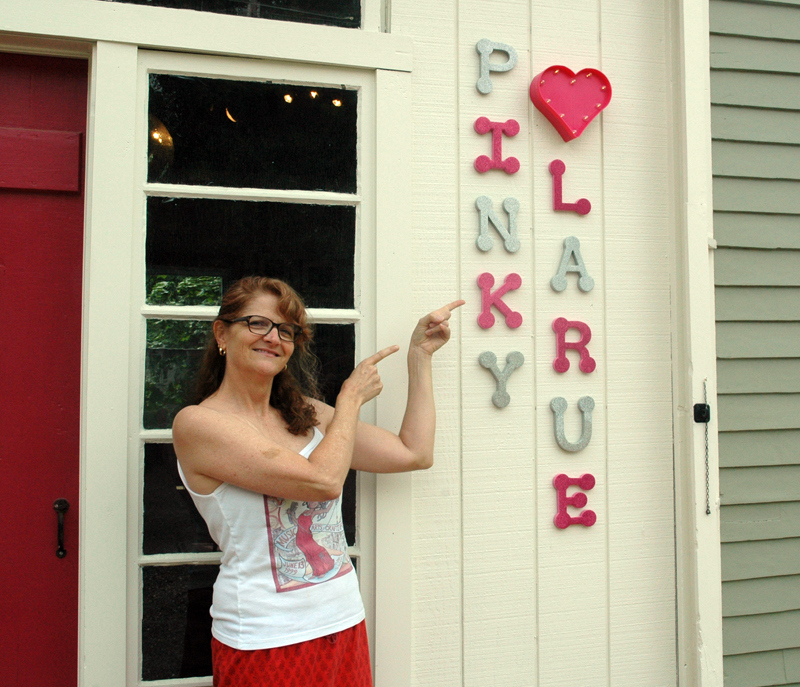 A new store selling vintage gifts will open its doors to the public in downtown Waldoboro on Saturday, July 8.

The vintage shop is located in the carriage house at 995 Main St., formerly a restaurant and bed-and-breakfast known as The Roaring Lion. The shop boasts two rooms, one geared toward traditional turn-of-the-century decor and another focused on mid-century furnishings and technology.

“The biggest thing for me, when I started designing the space, was I didn’t want it to just be a store, I wanted it to be an experience,” Masse said.

Some of the diverse items inside the shop include a mid-century Eames lounge chair Masse and her husband found in Rockport, a working 1964 Wurlitzer jukebox the pair discovered in Nobleboro, and a JVC video capsule, a combination radio and television device.

The walls of the modern side of the store are decorated with colorful B-movie posters and a colorful display of mid-20th-century radios on a Westinghouse Radio Stand, a display piece used in radio sales during that era, which Masse discovered in Wiscasset.

“I want to teach customers about the vintage furniture, teach them how products like the jukebox work,” Masse said. 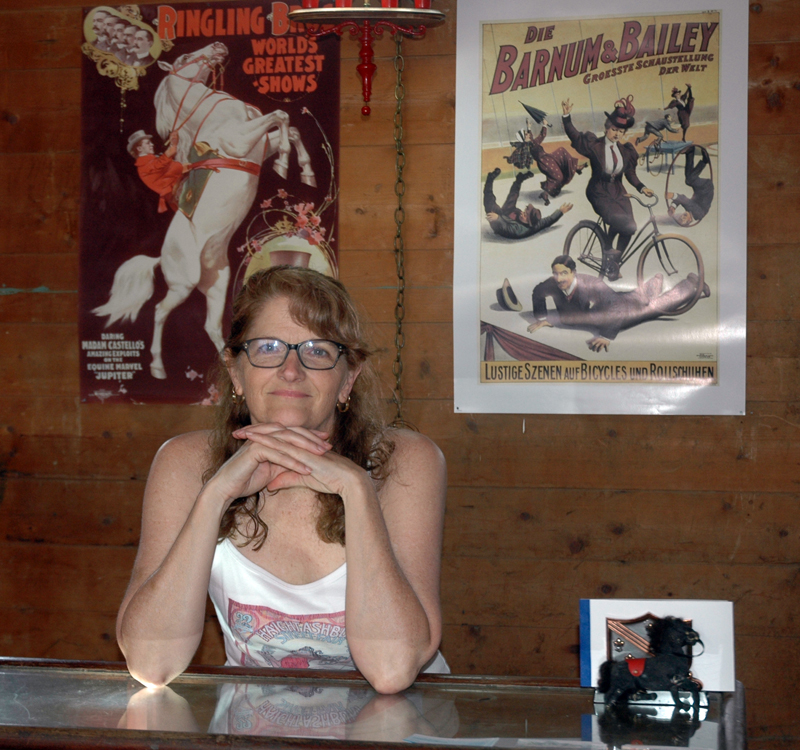 Masse said she bought the property with her husband, Jan Visser, in 2014 with the intention of opening a store.

She said her passion for collecting vintage items was a key factor in getting her business up and running.

“I love collecting all types of stuff. Vintage items are really my passion,” Masse said.

Masse said she chose the store’s name, Pinky LaRue, because she likes the sound, reminiscent of the Pink Ladies in the musical “Grease.”

“I thought it was cute. I liked the French sound and wanted something that was playful and glamorous,” Masse said.

Though the couple moved to Waldoboro from California a few years ago, Masse had been visiting the Midcoast for years. Her parents bought a home in Friendship in the 1980s.

“Every time I came to visit I hated to leave,” Masse said.

Prior to the opening of her new business, Masse said she had been selling vintage items online since 2008, but felt something was missing.

“I love interacting with customers. I enjoy the face time and the store gives me a place to display everything I have collected over the years. I really wanted a brick-and-mortar store,” Masse said. 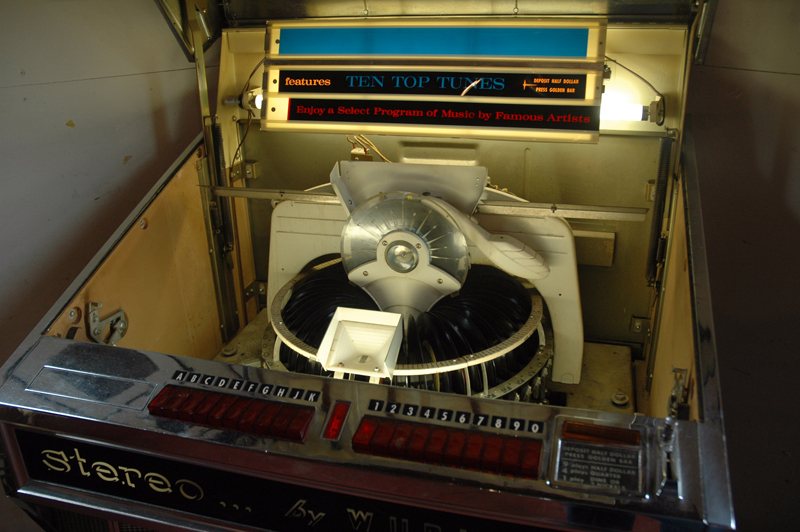 A jukebox queues up “Get Off of My Cloud” by The Rolling Stones at Pinky Larue in Waldoboro. The vintage store will open Saturday, July 8. (Alexander Violo photo)

One of the more unique items on display at Pinky LaRue is a set of Village People barbies, featuring the members of the disco group in costume.

Masse said she originally started making barbies for eBay before making a set of the Village People and putting them on sale.

Masse said she was contacted by Randy Jones, a singer in the Village People, who ultimately arranged to have the dolls displayed at a New York City museum in 2009 in an exhibit dedicated to depicting the city in the 1970s.

Pinky LaRue will be open from 11 a.m. to 4 p.m. Wednesday through Saturday.

In addition to the items on display, Masse said she has a huge inventory and encourages shoppers to contact her at 542-1652 if they are looking for something specific.

Masse said she will accept consignments.

In addition to the store’s grand opening Saturday, June 8, Pinky LaRue will host an outdoor movie night Sunday, July 9, to benefit the Waldo Theatre, a historic performing arts venue across the street from the vintage store in Waldoboro’s village.

Attendees are encouraged to bring lawn chairs and blankets. A $5 donation is requested and a concession stand will be open at Pinky LaRue.