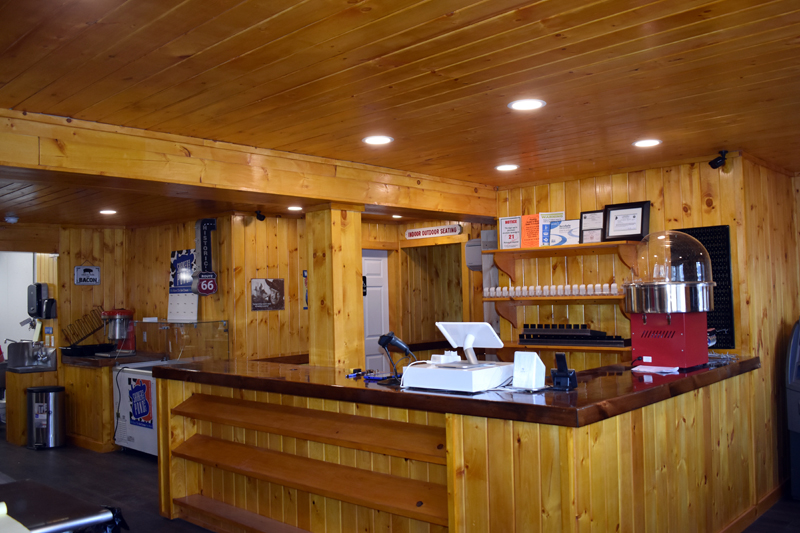 McGreevy’s Corner Store is preparing to reopen around the end of March after five months of renovations and repairs. A fire damaged the building and forced the business to close Oct. 17, 2019. (Alexander Violo photo)

McGreevy’s Corner Store, in Waldoboro, is nearing the completion of renovations and repairs after an October 2019 fire and plans to reopen soon with a few changes.

Owner Shawn Elliott, of Round Pond, said he plans to reopen the store at Kaler’s Corner around the end of March.

“We started work right after the fire. There was a lot of electrical work to do. We took out Sheetrock and put all pine boards in,” said Elliott, who owns both the building and the McGreevy’s business.

Elliott said there is a possibility of opening earlier depending on how work progresses.

“It has been going well. It has been a big process getting here,” he said.

Elliott is looking forward to reopening and seeing customers again.

“We are excited to get the doors open for everybody. We sell a lot of food and do a lot of business. The people around here need the store and the redemption center,” Elliott said.

The basement of the building houses Corner Redemption Center. “The redemption center will be reopening with the same people,” Elliott said. 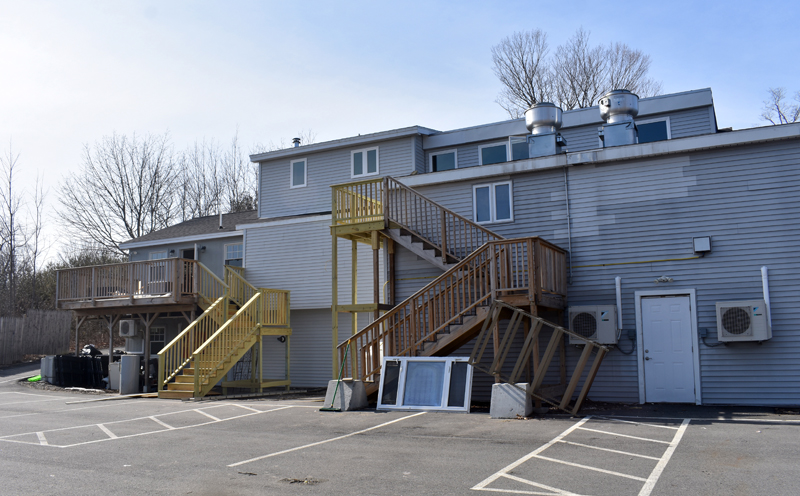 The back of the McGreevy’s Corner Store building sustained visible damage from a fire Oct. 17, 2019. Now, the new materials are the only sign there was a fire. (Alexander Violo photo)

Customers can expect a few changes to McGreevy’s Corner Store once it reopens, according to Elliott.

“We changed a few things around. There is a bigger kitchen. We’re going to have a bigger menu, more specialty pizzas, and a cotton candy machine,” Elliott said.

Elliott plans to restart a buffet in the spring and a lobster buffet during the summer.

“The fire itself wasn’t too bad,” Elliott said, but it caused extensive smoke and water damage. A water pipe burst upstairs during the fire, adding to the damage.

“The smoke was really what caused us to take it all apart,” Elliott said.

The building also has an apartment above the store.

Elliott thanked all the emergency personnel who responded to the fire at his business – the Waldoboro, Bremen, Damariscotta, and Nobleboro fire departments, as well as emergency medical services and police from Waldoboro.

“I want to thank all the firefighters for their quick response. The community has been very supportive too,” Elliott said.

The Oct. 17 fire occurred during a power outage and the most likely cause was the operation of a generator too close to combustible materials, according to Waldoboro Fire Chief Paul Smeltzer, who cited the findings of the Maine State Fire Marshal’s Office in the aftermath of the fire.

The fire started the back of the building and spread inside to the second and third floors. A person and a cat were able to exit the apartment safely, and there were no injuries.