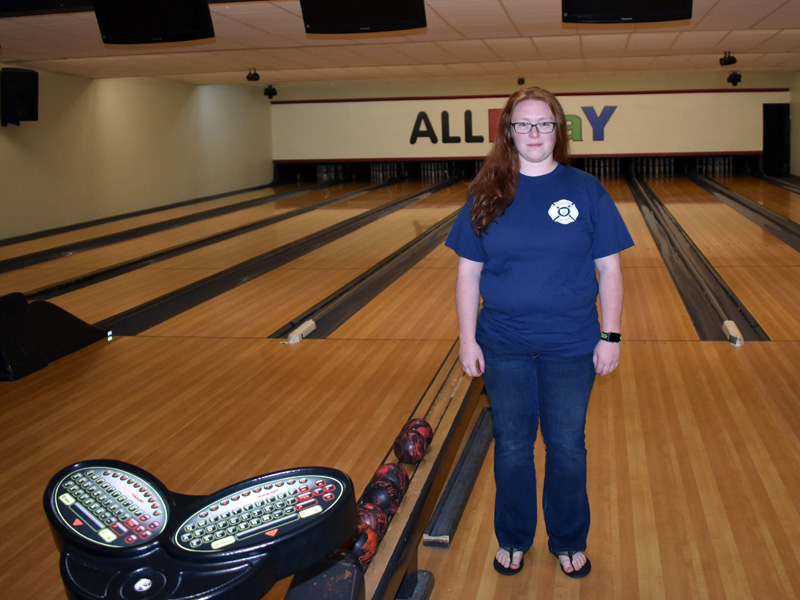 Sammi Spear, who grew up in Nobleboro and graduated from Lincoln Academy in 2010, signed papers to take over the business Dec. 31. The business has since closed for renovations, but is scheduled to reopen Friday, Jan. 31.

“We’re taking some time to add a fresh coat of paint and then we will be back to business,” Spear said. Other changes include a new computer system.

The amusement center and bowling alley is at 402 Friendship Road.

Spear started working at ALLPLaY in 2011. She had come to the bowling alley as a customer before that.

“I came in and started bowling in a league and Don and Kelly (Benson) asked if I wanted to work here on a regular basis and nine years later, here we are,” Spear said.

The Bensons are the former owners of the business. They took over the location in 2009. The late Nicholas DePatsy Jr. first opened the bowling alley as DePatsy’s Lanes in October 1961.

Spear said she had managed the location for the last two years, while it was ALLPLaY Family Entertainment Center. ALLPLaY also has a location in Belfast.

“It took me a couple of years to learn it all. There is only so much you can do when you are 19 years old,” Spear said.

Spear said her interest in bowling drew her to the business she now calls her own.

Spear said the Bensons did a lot of renovations and modernized the location after they bought the property around 10 years ago.

She credited the business and her time as an employee with her own personal development.

“When I started here I was really shy. I didn’t really want to deal with the public at work, but when I was a kid, I really wanted to work with kids, and every day I get to do that here. I get to work with them and their families and make them happy,” Spear said.

“I think the biggest demographic is families with kids. They want to find something to do that’s not expensive but still fun,” Spear said.

“I think my favorite part at the end of the day is seeing all the kids – not just kids, but parents and grandparents – come and just have a good time and leave happy,” Spear said.

In addition to bowling and other games, Sammi’s will continue to offer food, including pizza, ice cream, burgers, and seafood.

“When we first open I want to keep things relatively the same, but over more time I want to expand the takeout options and the menu,” Spear said.

Customers can eat in as well. “People can sit and eat and watch the game on the big screen,” Spear said.

Spear said that when she started working at ALLPLaY, she viewed it as a secondary job, but her perspective changed over time.

“When (the Bensons) bought Belfast, they offered to let me run the place in Waldoboro for them, run things how I wanted. With that I started running with some awesome ideas and then, a year and a half later, when Don and Kelly decided they didn’t want to run two businesses anymore, they gave me first dibs on purchasing this place,” Spear said.

Spear wasn’t initially ready to take over the location, but she is now.

“It took a couple years to come to the point in my life I could make this happen, but I decided it was a good idea that this would be my one and only job,” she said. “I love what I do. Why not do this? It’s not very often you get the chance to do what you love for a living.”