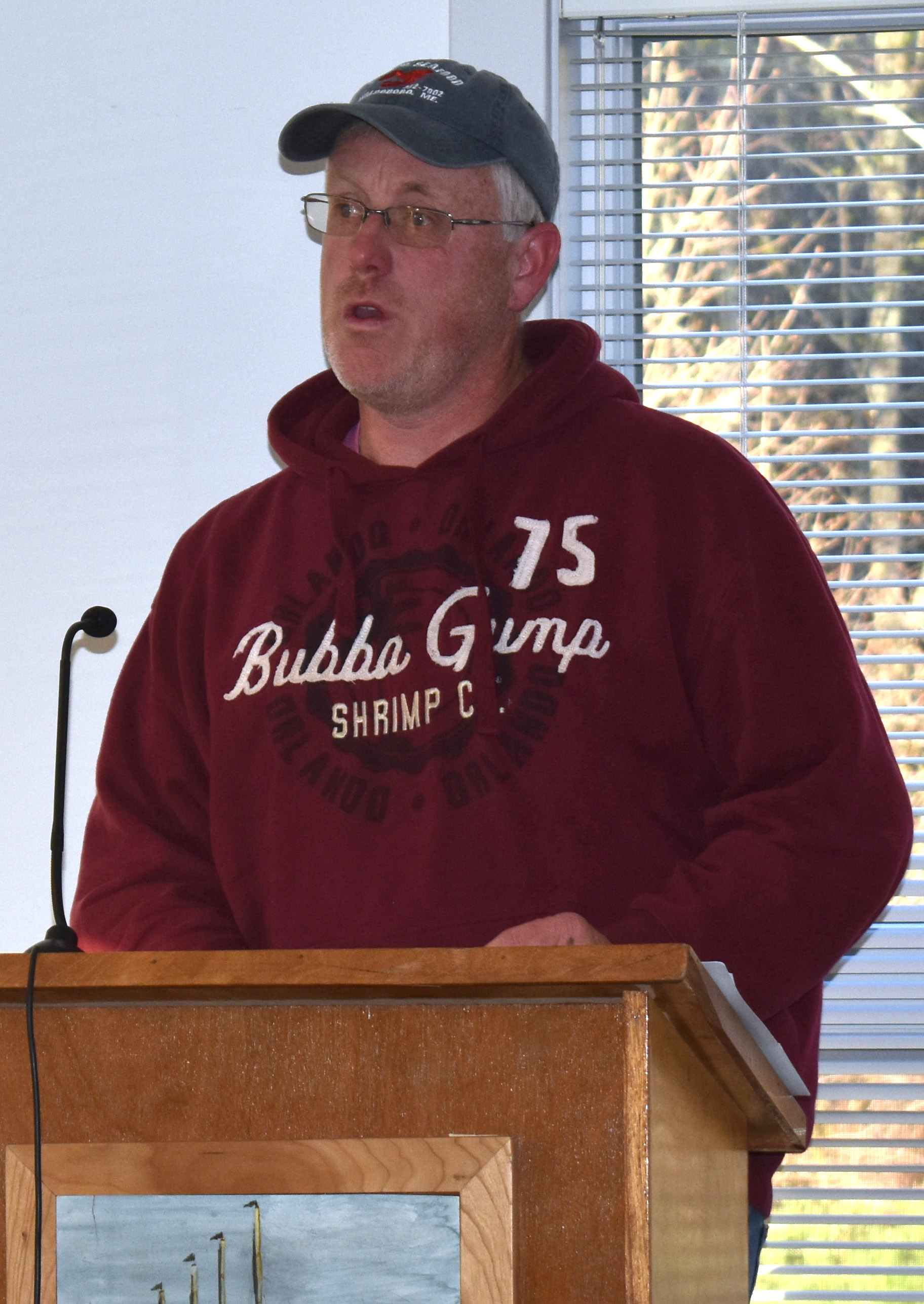 Kendall Delano, of Delano Seafood, presents a proposal to open a food wagon on the business’s Route 1 property during a Waldoboro Planning Board meeting at the municipal building Wednesday, May 8. (Alexander Violo photo)

Delano Seafood will serve crab and lobster rolls, fried seafood, and ice cream from a new food wagon next to the market on Route 1 in Waldoboro.

The Waldoboro Planning Board unanimously approved the plan Wednesday, May 8.

The seafood market at 2090 Atlantic Highway first opened in 2004, according to co-owner Kendall Delano.

Delano said he has purchased an 8 foot by 28 foot trailer, formerly used at Old Orchard Beach, to expand on the sale of crab and lobster rolls at the market itself.

“We are selling crab and lobster rolls now and have people coming in every day looking for more things. We want to keep bringing variety to our customers and wanted to do it last year. It’s something I always wanted to do,” Delano said.

According to Delano, the initial plan was to use existing power to operate the food wagon, but Tony Lash Excavation Inc. put in a new pole after the business got approval from Central Maine Power Co.

The project will include two 100-gallon holding tanks for gray water, according to Delano, who said the tanks would be above ground but enclosed.

Board member Theodore Wooster asked about the proximity of the tanks to a nearby brook.

Delano said the tanks would be 100 feet from the brook.

Regarding the size of the wagon, Delano said he had initially planned on a 20-foot model, but the model with 8 more feet seemed a better fit and will prevent issues with employees running into each other.

Delano said he will take a ServSafe course in Portland on Monday, May 13.

Board member Barbara Boardman asked how long the food wagon would be open during the year.

“If it goes really well, we will run all year, with chowders and lobster rolls in the winter,” Delano said, although outdoor seating would be removed in the winter.

Delano said he considered adding seating inside the market, but wants to see how business goes at the food wagon first.

Board member John Kosnow asked if the town has a cap on the number of food wagons.

Board Chair Scott Simpson said the town’s land use ordinance does not address the number of food trucks or wagons in the town.

“It’s not our job as a board to question the marketing, if they can get enough business or not,” Simpson said.

Boardman said the food wagon will be in the town’s Route 1 commercial district, where development is encouraged.

Regarding parking, Delano said there are currently 10 spots, with room for 10 more. He said as many as 60 vehicles have fit in the lot, referencing the market’s sale of shrimp from survey catches in previous years.

Simpson asked about the size of the property.

Delano said the lot is about 3.5 acres.

Board member James Russo said the sight lines from the lot onto Route 1 are pretty good, adding an inquiry about lighting at the lot.

Delano said the food wagon would be open from 9 a.m. to 5:30 p.m. and currently has four LED lights. 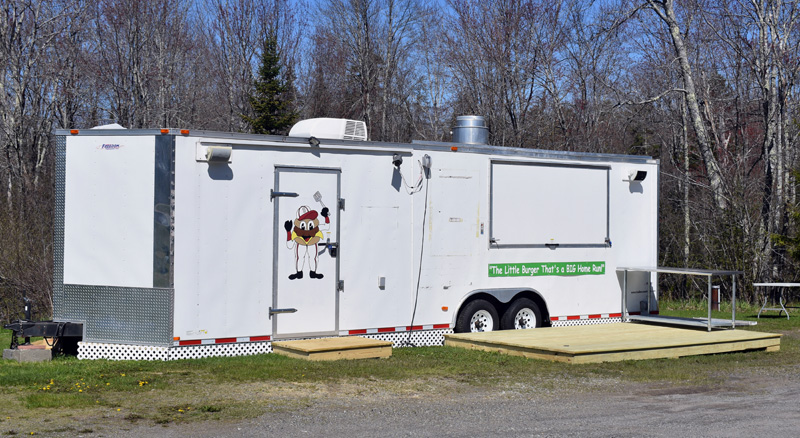 Delano Seafood will serve crab and lobster rolls, fried seafood, and ice cream from a food wagon next to the seafood market on Route 1 in Waldoboro. The wagon was formerly at Old Orchard Beach. (Alexander Violo photo)

“I was going to put one on the power pole to light up the trailer,” Delano said, indicating the pole would be 25 feet high.

Wooster asked if the town could mandate use of certain lights.

According to Max Johnstone, a planning consultant with the town, ordinance requirements deal with impacts on motorists and neighbors.

“The town requires that light can’t impact motorists or shine into a neighbor’s house, but it can’t control whether they use LEDs or not,” Johnstone said.

Boardman asked if the food wagon would be on blocks or sit on its tires.

Delano said one side of the food wagon is currently on blocks to make sure it’s level, but the wagon would be put entirely on blocks in winter to protect the tires.

“If it goes well, I’ll come in next year and put it on a slab,” Delano said.

Boardman asked why the matter was before the planning board.

According to Johnstone, the proposal includes a change of use and a new commercial structure, separate from the current business on the property.

Delano said a food truck that was on the property in 2016, Captain Mattie’s Hot Fat Fish & Chips, was not his, but was operated by a fisherman from Monhegan.

Johnstone said the Hot Fat food truck did not require planning board approval because it was seasonal in nature and not owned by the current landowners.

Melvin Williams, a resident in attendance at the meeting, said he hoped the board would approve the project.

“Business creates jobs and we need jobs. We need businesses if we are going to grow,” Williams said.

Delano said the business has around five employees and the food wagon will create three to four new jobs.

Prior to the board’s approval, Johnstone read a letter into the record from abutter Don Grady Jr., who objected to the food wagon, citing noise, smell, and traffic as concerns.

Grady’s letter said the structure should not be considered a food wagon due to its size.

Delano said he works hard to ensure his market does not smell.

Johnstone requested that Delano provide the town with ServSafe documentation after he takes the course.