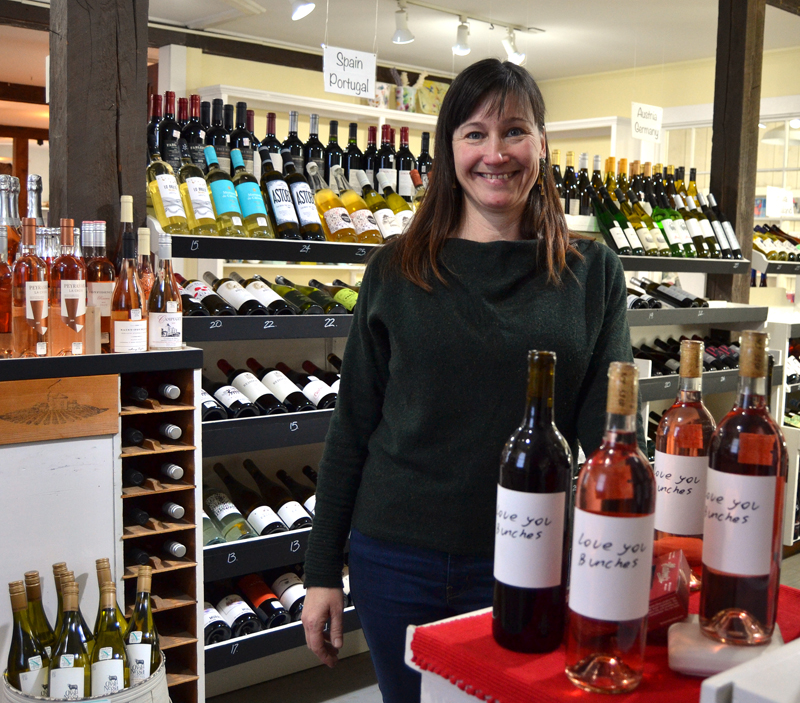 After closing on the business on Dec. 3, new Weatherbird owner Sarah Levangie immediately jumped into work to help get the shop through the holiday rush. Once things slowed down in January, Levangie had time to regroup, close the store for some pre-spring cleaning, and make the business hers.

Weatherbird, at 72 Courtyard St. in Damariscotta, reopened on Feb. 1.

“I joke with people that it’s potentially a midlife crisis,” Levangie said. “But over COVID, I realized I have worked for other people my entire life, which most of us do, and thought it was the perfect time to start thinking about how to work for myself.”

Levangie sold an investment property she owned in Rockland and used the funds to purchase Weatherbird. The business, started by Deirdre Barton in 1983, was most recently owned by Scott and Debra Devlin and previously owned by Wayne and Joanne Moore. The Moores also owned the Weatherbird clothing and accessory shop on Main Street, which later operated under the name WBoutique.

Levangie learned the ropes to the business during December while navigating the holiday season. “The learning curve was just learning the systems here – the computers, the customer base, and the staff,” Levangie said.

As January rolled around and the shop slowed, Levangie decided to close for a short break to allow her to understand the things that needed to be done. She brought in new merchandise, organized the shop, and performed maintenance, such as a deep clean of the kitchen.

Levangie does not have plans to change the shop, save for some of her own touches.

“The shop will remain the same, and over time I will add my personal influences,” Levangie said.

One example of this is a shift in the wine inventory Weatherbird carries. Levangie, who grew up on a homestead in Belfast, is focusing on supporting small wine producers from around the world who are giving back to the earth.

“I grew up in an organic, sustainable way,” Levangie said. “We lived off what we had, and that’s how I live today.”

To make room for the organic and sustainable wines, Weatherbird is having a 25% off sale on the wines Levangie plans to no longer carry. She said, however, that she would be happy to place a special order for customers who are looking for a specific mass-produced wine.

There will continue to be grab-and-go items, with new offerings introduced every few months. Favorite house-made desserts will still be available, as well.

The Twin Villages community has been “really welcoming,” Levangie said. She recently joined the Damariscotta Region Chamber of Commerce and will participate in its upcoming Chocolate Crawl and Lovin’ Locals events.

“It’s amazing how many people are such loyal customers,” Levangie said. “It’s been nice to not only see that, but also to hear the stories from people who have been coming here since back when Deirdre owned it.”

Weatherbird is open from 10 a.m. to 5:30 p.m. Tuesday through Saturday. Levangie hopes to be open seven days a week in the summer.

For more information, go to theweatherbird.com or call 682-0400.